Thieves in the night – burglary at high-end hotels

Last year, a slew of robberies targeting London’s luxury hotels, including The Dorchester and Jumeriah Carlton Tower, brought into sharp focus the threat faced by city centre five-star properties from smash-and-grab burglary. How does one minimise such risk and what measures can hotels take to be proactive in their security strategy? Patrick Kingsland meets security leader Paul Moxness, Carlson Rezidor VP for security and safety, to find out.

It was 1:30am on 10 June last year when the gang first struck. Three scooters, each with two young men riding them, pulled up outside The Dorchester hotel, the fabled art deco five-star property situated on London's bustling Park Lane.

As guests slept, the gang took their chance, breaking into the hotel lobby and smashing their way through display cabinets where jewellery and watches worth £120,000 were stored. The police arrived but the gang escaped, riding at high speed through Piccadilly and Shaftesbury Avenue, and disappearing into the night.

At a court case the following year, it transpired that the gang were all teenagers - the youngest just 17 years old. But what they lacked in experience, they certainly made up for in ambition. Just a month after the first attack, with the shock of the event still sinking in, the emboldened gang struck again. At 3:00am, the same three scooters appeared outside the Jumeirah Carlton Tower Hotel two miles down the road from The Dorchester in wealthy Belgravia, smashing through the glass door with sledgehammers and making off with watches worth £65,000.

"While emerging risks from cyberattacks to identity theft dominate industry discussion, classic smash-and-grab burglaries and break-ins tend to be seen as a relic of the past."

By this stage, London's luxury hotels were cautious, but the gang were becoming more confident than ever. Three days after targeting Jumeirah - and a month on from their first crime - they tried their most audacious raid yet. At 2:30am, the familiar three mopeds returned to The Dorchester, armed with sledgehammers and a breeze block, and once again smashed their way through the front door, blasting cabinets, and stealing as many watches and as much jewellery as they could carry.

When the hotel industry discusses the issue of security, it's rare to hear about cases like this. While emerging risks from cyberattacks to identity theft dominate industry discussion, classic smash-and-grab burglaries and break-ins tend to be seen as a relic of the past. Back in the 1970s and '80s, when there was more cash business being done, the hotel industry was considered a more attractive target for thieves. Today, with everything paid for by credit card and levels of surveillance having increased, such incidents are relatively rare.

"The risk of high-profile robberies has certainly gone down quite a bit," agrees Paul Moxness, Carlson Rezidor VP for security and safety. "Any criminal has to base their decision on risk and reward; 30 years ago, the risks were lower and the rewards greater. With the move towards electronic stuff and other kind of frauds, high-profile robbery has become less prevalent."

And yet - while the opportunities have certainly fallen - last year's crime spree in London indicates that hotels are still at risk. The gang in this case may have been teenagers but it was - as police noted at the time - "a well-planned heist" - not some random off-the-street attack. And nor was it the only smash-and-grab robbery to have taken place in recent memory. In April last year, a thief broke into the Cumberland Hotel just off one of London's busiest retail thoroughfares, bludgeoning three guests with a hammer during a botched attempted robbery. And such incidents are not restricted to the UK capital. In June 2013, for example, an armed robbery at the Carlton Intercontinental Hotel in Cannes resulted in the loss of gemstones and watches valued at $136 million.

Of course, the extent to which these kinds of attacks will feature in a hotel's risk assessment will always depend on the context of the property.

"Like with any kind of risk, it's always location dependent and hinges on what the security environment in the city or location is like," Moxness says. "As a hotel group, it's important to avoid running a one-size-fits-all programme. In our company, we don't have one plan that we apply everywhere. It's all based on what we feel the risk is at the location. With London going through the burglaries, it'll be front and centre of their risk assessments. But as a general issue for our company, it wouldn't be high up on our global lists of threats."

So how can a hotel operator mitigate the threat from smash-and-grab robberies? And what are they currently doing wrong?

"A lot of the time, people simplify things far too much," Moxness says. "They ask themselves what they can buy and assume if they put a guard here or there it'll never happen again. But with any safety and security measure, you have to put layers in place. You need to try and reduce your risks. So you wouldn't want to have easily accessible valuables in the hotel, and you would want surveillance, protection, alarms and guards. But there's more to it than that. We have a programme that we apply around the world that is based on the acronym TRICS. It means 'threat assessment plus risk mitigation plus incident response capability plus crisis management communications'. When you add those things together, you get a safe and secure property."

A large part of this threat assessment is about understanding the area you are working in, being able to spot current and future crime patterns, and adapting accordingly.

"You have to keep your eyes open and ears to the ground to see different trends moving around your location, and you have to adapt your mitigation measures accordingly," Moxness says. "You have to ask yourself: 'what bad things can happen at this particular location and property, and what can we do to reduce those risks?' I doubt these guys in London were walking down the street and decided to attack out of nowhere. They would have had some kind of plan and idea about how they were going to do it. Maybe it had been done in other places before and not become highly publicised. Seeing these trends and discovering developing threats is part of a proper risk-mitigation strategy."

Of course, building up an idea of a local threat landscape can't be done alone. To fully understand a location, owners and operators need to work with a number of different stakeholders - other hotels in the area, local authorities, police, embassies and more. Despite the robberies last year, London is lucky in this regard. The city has its own hotel police liaison officers, and is known to have a strong system of mutual cooperation between the police and businesses when it comes to crime prevention.

"A large part of threat assessment is about understanding the area you are working in, being able to spot current and future crime patterns and adapting accordingly."

"You need to find out what they are seeing and hearing. And you need to put this onto the agenda of hotel association meetings so that the industry is working together to try to keep each other informed. We advise all our local properties to liaise with local authorities and be active in communities to do what they can to make them safe and secure," says Moxness.

Nor does the hard work end there. Once a hotel has a comprehensive security strategy in place, it needs to work out what to do in the event of a crisis actually happening. This is particularly important with the kind of high-profile, smash-and-grab robberies that have hit London and Cannes. Criminal acts that threaten the safety of guests can damage a hotel's brand. Having a full media and crisis management strategy in place is therefore paramount.

"The extent of the brand damage will depend on the individual case," Moxness says. "Is the hotel impacted itself? How high profile were the guests impacted? How long did the story live in the media? What steps are taken by the hotel to get back on track? It's about including communications in your crisis management and risk-mitigation strategy. You need to reduce the impact, rebuild trust and get things back on track. Having a crisis management plan can reduce the impact of a bad event on the long-term operation of the business. Not having one increases the impact over time."

With all six of London's teenage sledgehammer gang now sitting in jail, the possibility of another attack on the city's luxury hotels has significantly dropped. But for hotel security staff working in the city - trying to ensure that what happened doesn't repeat itself - you can bet those six young men won't be forgotten anytime soon. 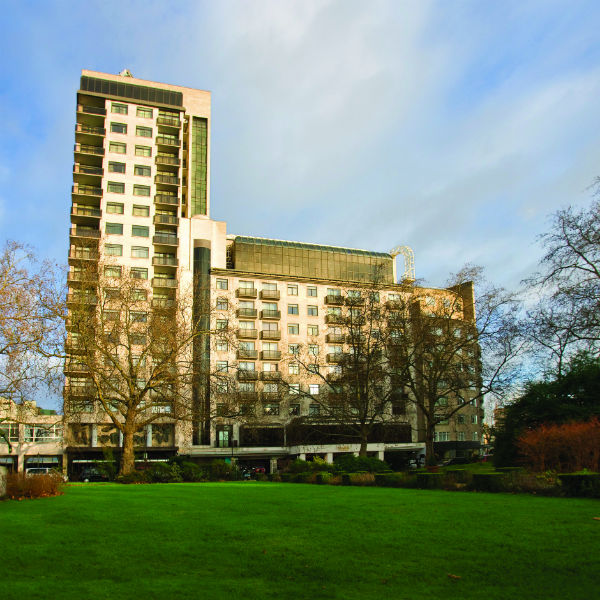 Jumeirah Carlton Tower Hotel was targeted in a smash-and-grab operation. 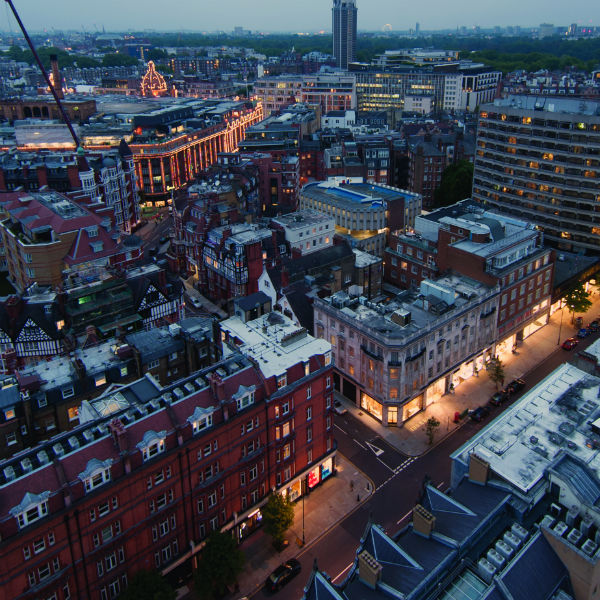 The view from the Jumeirah Carlton Tower, where thieves were seen disappearing before the sun came up.
Post to: