The Mondrian London at Sea Containers House has turned offices into a dining hotspot. Tina Nielsen meets the key players behind its transformation.

When the Mondrian London at Sea Containers opened its doors on the banks of the River Thames last year, it marked the realisation of the famous building's original purpose.

A struggling UK economy in 1970 - the time of the building's construction - meant that it made better financial sense to use it as rented office space than as a hotel. Everything stayed that way for 45 years - until Morgan Hotels transformed the premises into the five-star hotel it was destined to be.

The opening at Sea Containers has also made some noise on the London dining scene and the hotel restaurant is already a popular spot on the South Bank. Culinary director Seamus Mullen is working alongside executive chef Michael Stenekes and head chef Gus Crosby on his first hotel collaboration and first restaurant outside the US.

"I'm thrilled to be working with the Mondrian team and to have an opportunity to share my food with London," he says.

It is an impressive building, inside and out. For the interior, UK designer Tom Dixon took inspiration from the style of 1920s luxury transatlantic cruise liners. Plenty of features reinforce the nautical feel, from the gigantic copper-clad hull-shaped wall dominating the lobby area to the smooth dark wood panels and the portholes that give diners a glimpse behind the scenes in the kitchen.

The Mondrian features 359 bedrooms, three dining areas, two bars and a spa. The Sea Containers restaurant is open for service from 6am to midnight and serves up to 700 covers daily. It means the kitchen needs sturdy, efficient and reliable equipment that can withstand heavy use.

By the time Mullen came on board, much of the kitchen design was already under way, but he says he appreciated working with Dixon and Morgans Hotel Group. "I like to be hands-on with the design of my restaurants," he says, conceding that it's hard to predict what will work best.

"You don't know until you are physically in the space, working and cooking. Planning will take you only so far, so you have to allow the restaurant to evolve and grow." The big, open restaurant area is supported by a main basement production kitchen, where most of the culinary heavy lifting takes place.

A smaller show kitchen sits at the back of the ground floor restaurant. For foodservice consultants Tricon, the biggest challenge was always going to be how to handle the space in the subterranean kitchen.

"When we met the developer for the first time, we walked into what was then the car park. It had a heavy structure and very low ceilings," explains Tricon managing director Mike Coldicott.

"We were told: 'there's your kitchen'. The first point of reference is always that kitchens need to be well ventilated and they need to accommodate lots of mechanical electrical services. All of that has to happen out of sight, above the ceiling and below the floor."

The solution was to create ventilated ceilings instead of ventilated canopies, and ensuring that many services were integrated so they didn't impact on the footprint. The space, and more specifically the height issue, posed the biggest challenge for Williams Refrigeration when the company set about fitting the kitchen.

Business development manager Toby Magness says: "We had to adapt some of the cabinets with roll-in type units to accommodate the height."

Out of the ordinary

A slightly unusual requirement by the Mondrian was cold room walls with a 30-minute fire protection rating since the cold room walls were next to a fire corridor. Coldicott points to the trend for kitchen spaces to get increasingly tighter across the board, but especially in London, due to the increasing cost of each square foot of space. Operators and developers want to create as much front-of-house space, giving as little space as possible to back-of-house activity.

"We are seeing operation management procedures that mean restaurants might be running shift systems where the kitchen is in use non-stop. The pastry bakery might start at 2am and run until 8am, when the main shift starts for the day. In the evening, the kitchen might be devoted to banqueting or conferencing," he explains.

Coldicott says the only way to deal with this is with pragmatism. "You can stick your head in the sand and say: 'the kitchen should be 500m2', but if the client only has 350, it doesn't matter how many times you bang your head against a brick wall, it simply won't happen," he says. Crucial to the process is to keep the client abreast of the level of compromise needed. "As an operator, Mondrian is quite creative with the way it uses spaces. The ability to fit within tighter areas enables us to take a more creative approach to how we deliver the back-of-house kitchen operation."

For manufacturers, a lack of space helps to drive innovation. "Kitchens get squished into smaller and smaller spaces so we need to be more innovative with our refrigeration solutions," says Magness. "These include wall-mounted units and reduced-depth counters. "We even provide an external cold room that restaurants can move into their car park."

Industry trends include front-of-house refrigeration, such as wine displays and patisserie, becoming more relevant; energy and environmental issues are becoming increasingly important along with the already mentioned smaller spaces. Above all, says Magness, food safety is still the main factor.

At the Mondrian, most of the food preparation takes place in the basement kitchens, but the back of the restaurant space upstairs features the show kitchen. How different were the challenges of each design?

"There was no doubt that downstairs needed to be robust, durable and practical," says Coldicott. "Upstairs, you have to consider diners being able to look into the kitchen - it has to be considered in the design. There's no point in having a beautiful dining room with a visible back of house looking like stainless steel bashed together."

Culinary director Mullen agrees, but emphasises that function always comes first. "If the equipment is not doing its job, or not allowing me to do my job, then it doesn't matter what it looks like," he says. "But the great thing about there being more open kitchens these days is that it has pushed manufacturers and kitchen designers to up their game when it comes to how the equipment looks."

When it comes to the equipment going into the kitchen, the criteria is clear - it has to deliver the food and beverage brief, do the job properly, perform well, be durable and have the life expectancy that reflects the rate of return that developers want.

This article was first published in FCSI's Foodservice Consultant. www.foodserviceconsultant.org

Sea Containers House: the history of a riverside reference point

1978: Opens as offices. The building was designed by architect and designer Warren Platner, famous for his design of the World Trade Center's Windows on the World restaurant. The name Sea Containers House comes from the building's long-term tenant - transport and container leasing company Sea Containers.
2004: Archlane acquires the property to refurbish it as a 144,200ft2 hotel over 14 storeys, a new 65,500ft2 office building to the south-west of the site, and 20,800ft2 of restaurant and retail space on the ground floor.
2011: Planning permission is agreed for redevelopment.
2014: With the refurbishment complete, Mondrian London opens to the public. 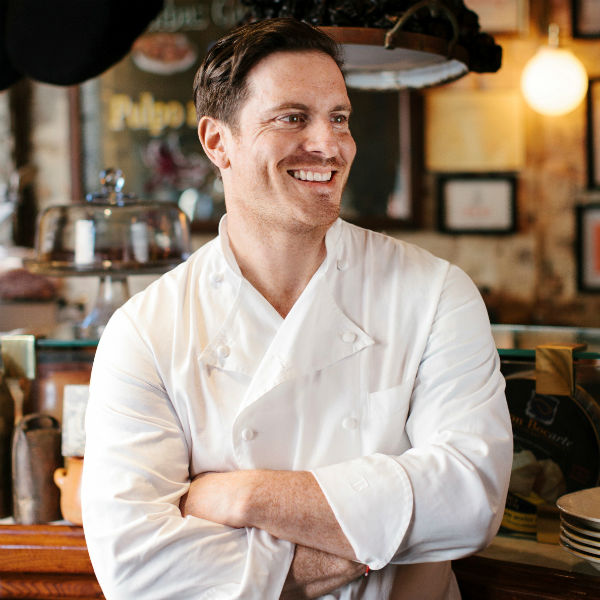 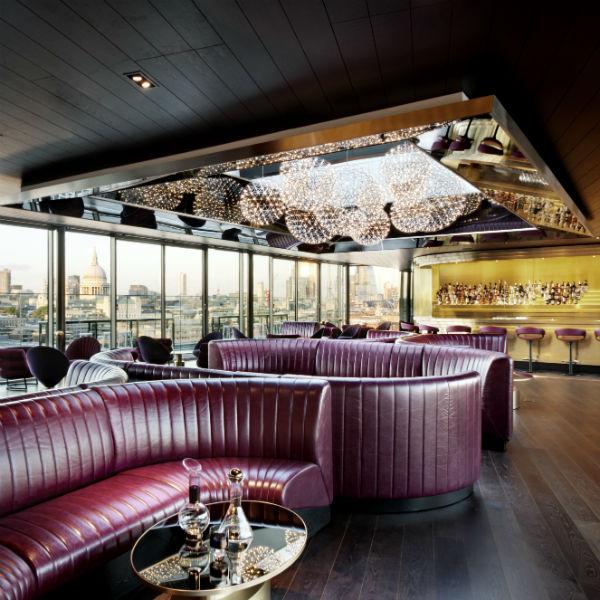 The Rumpus Room, the rooftop bar and lounge at Mondrian London. 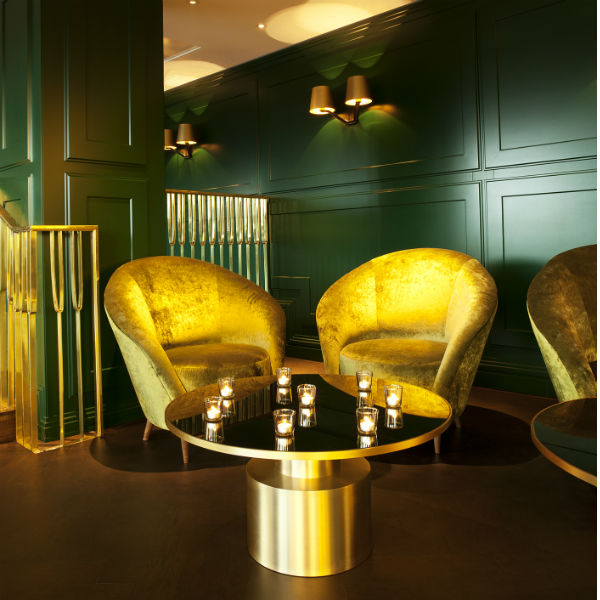 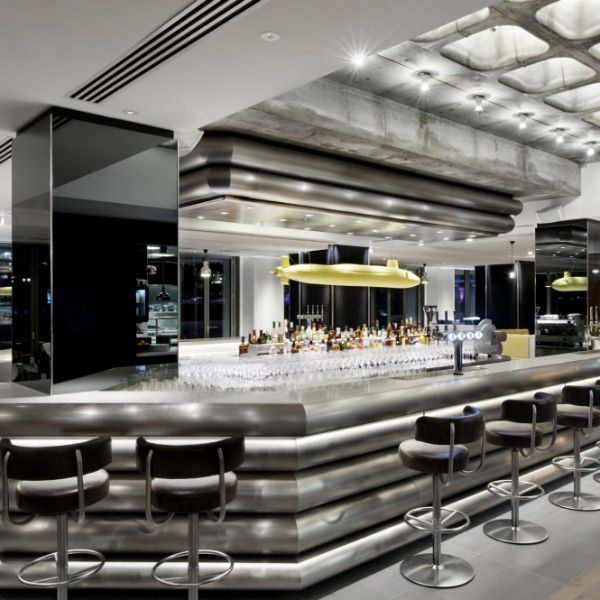 The US influence is seen in the bar at the Sea Containers restaurant.
Post to: