In a world full of glaring inequality and social injustice, hotels have long allied themselves with just causes. Often these actions take place in the communities where these businesses are situated, or they have been carried out as a reaction to extreme events, such as the homelessness crisis caused by Covid-19. Increasingly, however, certain hotel brands have become charities or foundations, making valuable contributions and forcing structural changes to benefit those in need. Mae Losasso speaks to Daniele Kihlgren, philanthropist and owner of Sextantio Rwanda from the Capanne Project, and Bruce Poirson, chief sustainability officer at Accor, to discover if a hotel can really make a positive difference in a relentlessly business-focused world.

One summer evening, almost three decades ago, Daniele Kihlgren was riding his motorbike through the Italian countryside when he chanced upon Santo Stefano di Sessanio – an abandoned hilltop village in rural Abruzzo. Walking around the medieval town, with its rough stone houses and crenelated towers, the Swedish-Italian philosophy graduate was struck by the extraordinary circumstances that had left the place untouched: “the historical, castellated village and the landscape around it had been preserved by emigration,” he explains, “not by political whim.” After the Second World War great swathes of Santo Stefano’s inhabitants emigrated to Canada, leaving the village largely abandoned and, as a result, architecturally untouched by modernity. “Time here had stopped,” Kihlgren says.

So, Kihlgren set about reviving the town: but his mission was one of preservation, not regeneration. “The idea was to preserve this historic heritage and the local identity,” he explains. Founding Sextantio, a limited company dedicated to the rejuvenation of the village, Kihlgren worked closely with the town’s inhabitants as well as local anthropologists, architects and historians to recover Santo Stefano’s historical heritage.

As much a museum as a hotel – especially in the early phase of the project – Kihlgren was fastidious about the use of local materials and traditional techniques. As it took shape, the project even had the added effect of enforcing new building regulations in the area, strictly in keeping with the existing historic architecture.

From deserted town to top destination

Kihlgren is a visionary rather than an entrepreneur, and the idea of transforming the newly restored village into a dispersed hotel – or albergo diffuso in Italian – came about, he says, “by chance”. “I didn’t know anything about economics,” Kihlgren confesses, “and I knew nothing about the hotel business.” So Kihlgren called on a group of experienced hoteliers from Pescara and, with their help, the site was transformed. Today it is among Europe’s most sought-after boutique destinations along with Sextantio’s 2009 project in Matera, the city in the Italian south made up of ancient cave dwellings that had been continuously inhabited from the Paleolithic period until the 1950s, when the last of the city’s inhabitants were evacuated. When Kihlgren arrived Matera was still largely desolate; but by 2019 the city had been voted European Capital of Culture, though Kihlgren is reticent to accept responsibility for the city’s change in fortune.

Both of Sextantio’s Italian projects were concerned with preserving what Kihlgren calls “minor historical heritage” – not the grand Roman or Renaissance architectures upon which European conservation tends to focus, but the vernacular architectures of everyday people. His latest venture, the Capanne Project, is set to open at the end of March 2022 and expands this mission in a very different context: Nkombo Island in Lake Kivu, Rwanda. Like in Santo Stefano and Matera, the project was informed by history and anthropology, as Kihlgren was inspired by seeing traditional huts in the Ethnographic Museum of Rwanda. But rather than preserving an existing architecture, the Capanne Project is about rebuilding traditional vernacular architectures from scratch.

The Capanne Project consists of two 8x8m huts, each sparsely furnished with traditional Rwandan beds of layered straw mats and mattresses. Like the earlier projects, the huts strive to remain true to traditional form – while cleverly incorporating enough amenities to make the stay comfortable (bathrooms with showers, WCs, bidets and hot water; and Wi-Fi access, a safe, a kettle, a hairdryer and daily housekeeping services). But it is the economic model that is distinctive about this project. “It is completely nonprofit,” Kihlgren explains. Online, the nightly rate for the huts is listed as a “free donation to Sextantio Onlus”. “You could pay anything from $1 to $1m,” Kihlgren confirms. “I don’t even want to know. At the end of the year, we must have enough money to pay the caretaker and the cook – and any profits will go to the Mutuelle de Santé.”

Thanks to a community-based health insurance scheme run by the Rwandan government, Kihlgren has been working alongside the Mutuelle de Santé since he first came to Rwanda in the 1990s. “When I was young I was very lucky and I made some money,” Kihlgren says, “and I wanted to give it to somebody who needed it.” He travelled to Africa, with a priest from his former school, and helped build a maternity hospital on the Congo-Rwanda border. Yet after spending long stretches in Rwanda Kihlgren became increasingly troubled by the country’s high mortality rates from curable diseases. As a result, in 2008, he and other Sextantio members established an NGO that operates in conjunction with the Mutuelle de Santé to provide health insurance to those most in need. After settling overheads and staff costs, every penny that the Capanne Project makes will go into providing welfare for the local community.

Sextantio is not the only group reimagining hotels as vehicles for philanthropy. In recent years, the hospitality sector has been redefining its role in an unequal world and thinking bigger than business, tourism and luxury. In 2020, Accor, one of the world’s leading hotel groups in hospitality, established the ALL Heartist Fund. As Accor’s chief sustainability officer Bruce Poirson explains, the ALL Heartist Fund is, “a Covid-19 special purpose fund”. The fund “aims to support all of the group’s employees, through helping to pay hospital fees related to Covid-19 – for those who do not benefit from either a social security system or medical insurance – [and] providing help to employees suffering from severe financial hardship”, he says.

2020 was an unprecedented year, and the pandemic triggered an urgent need for the redirection of Accor’s funds – but the group’s charitable initiatives predate the pandemic. “Solidarity and caring is part of our group’s DNA,” Poirson explains. “Accor Solidarity (the Accor Heartist Solidarity endowment fund) was set up in 2008 to promote access to professionalisation, employment or entrepreneurship, by supporting projects with positive implications for vulnerable people in countries where Accor operates.” What the coronavirus crisis did, in Poirson’s eyes, was “highlight and reinforce the importance of our strongest asset – our people. As a leading hospitality group, we believe that the notion of hospitality is inseparable from the notion of responsibility: not only welcoming people but also taking care of people and the communities around us.”

The ALL Heartist Fund has had a ripple effect that even Accor couldn’t have foreseen. “Following this global initiative, a great number of local solidarity projects have emerged around the world providing donations and accommodation for on-the-field medical professionals and vulnerable people,” Poirson says. “As of today, €31m has already been allocated to fund more than 100,000 requests worldwide.” And it doesn’t stop there. “It will remain a long-term project,” Poirson confirms. “The fund will continue to support employees in difficulty through the consequences of Covid-19 for as long as they need.”

Business and philanthropy: A delicate balance

For all the commendable, charitable ambition of groups like Sextantio and Accor, the question is: can entrepreneurship and philanthropy really coexist? Kihlgren believes that they can – but only in the right doses. Though reluctant to call himself an entrepreneur – in our conversation he is more likely to cite Karl Marx and David Hume than Conrad Hilton or Bill Marriott – Kihlgren admits that any vision requires entrepreneurial pragmatism to get it off the ground. “I think the idea is one thing,” he concedes, “but without good management skill, it will die.” And it is this that makes Sextantio so unique: business is necessary, but the vision is paramount – and Kihlgren is uncompromising about achieving that vision, from something as small as the weave of a blanket to something as large as the provision of healthcare.

Yet Kihlgren still faces one obstacle: tourism. In a cruel, paradoxical twist, the very thing that makes his philanthropy possible might also risk destroying the preservation of heritage and local identity that Sextantio have worked so hard for. “In general,” Kihlgren notes, “tourism is dangerous for identity, so our path it’s very tough.” Therefore, in its initial phase, the Capanne Project consists of only two huts.

It is more expensive to do it this way, Kihlgren admits, but with just two lodges the number of visitors to the island will be limited so that organisers can properly monitor the effects of tourism over time. And though Kihlgren is unwilling to be prescriptive – he firmly believes that it is not his place to tell either locals or visitors how to behave – he also recognises some responsibility and treats each of his projects as a work in progress; an experiment that can, and should, be tweaked to suit the needs of the local community.

Philanthropy, charity and the creation of crisis funds are all for the good – but can hotels really make a difference in a business-obsessed world? Poirson is unequivocal: “Absolutely,” he says. “It is important to us that we play a major role in social elevation by providing training, mentoring and development opportunities for people from diverse and underprivileged backgrounds.” Why? Because, as Poirson says, “hospitality is all about people” – and when people are at the heart of what you do, looking out for them must be the top priority.

But Accor is also wary about the negative impacts of tourism – which is why sustainability will be the driving force going forward. “The growing importance of sustainable travel has been accelerated by the Covid crisis,” Poirson explains, “and people are seeking a responsible way of enjoying travel while reducing their carbon footprint and positively contributing to the communities they are visiting.

“We are the first international hotel group to make a long-term commitment to reach net-zero carbon emissions by 2050 [and] we believe that through environmental, social and societal engagement, Accor can become a net-positive company which leads the way towards a net-positive tourism.”

In the end, finding a balanced model of sustainable tourism is the key to the success of charitable endeavours like these. In an imperfect world, philanthropy must rest on the shoulders of entrepreneurial giants – and if they can walk the tightrope successfully between profit and charity, preservation and rejuvenation, hospitality and care, then perhaps they really can make a positive difference. “It is very hard to say what is wrong and what is right,” Kihlgren admits. “And of course, I don’t claim to know. I have many doubts, like all sane people should have, about changing society. But it is a work in progress. We will see.” 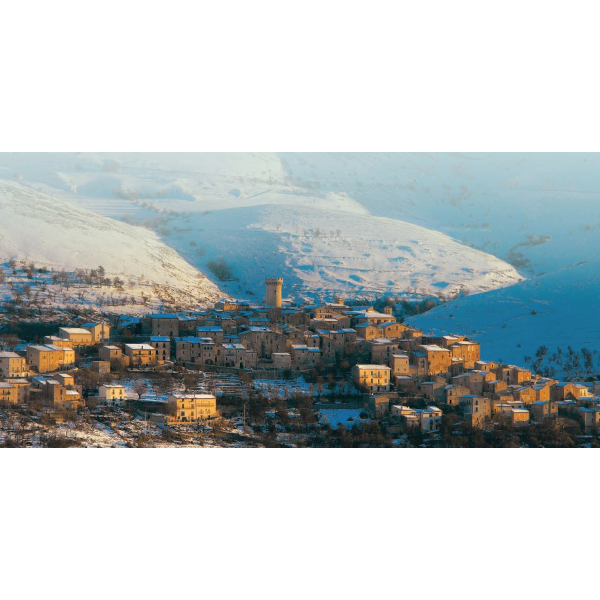 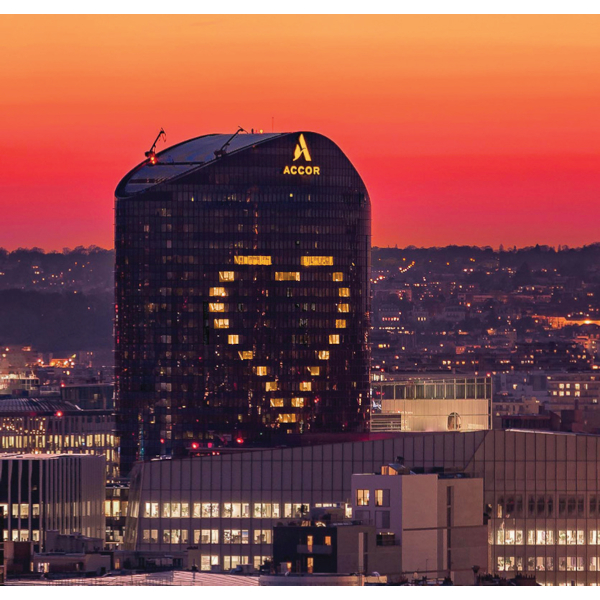 Accor’s HQ at Tour Sequana in Paris shows its support for employees during the Covid-19 pandemic. 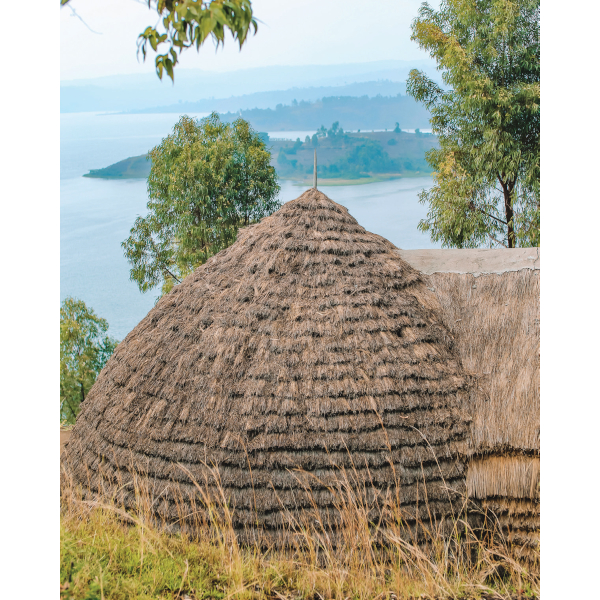 Traditional huts were a key inspiration for the Capanne Project, Kilhgren’s non-profit restoration on Nkombo Island, Rwanda.
Post to: