Bigger and better – the evolution of Marriott International

A little over six months since Marriott International completed its acquisition of Starwood Hotels & Resorts, a strategy for how this new hospitality behemoth will look to build upon its European presence has started to take shape. Phin Foster talks to the group’s president and managing director for Europe, Amy McPherson, about the need to reassure owners, expand into new geographies and leverage unprecedented scale.

Amy McPherson always knew that the size of the organisation under her leadership would undergo rapid expansion, but, however ambitious, even she would have struggled to ever envisage it growing quite so quickly.

And, since landing on this side of the Atlantic at the start of the decade, Marriott International’s president and managing director for Europe has never lacked for ambition. In 2010, as the fallout from the global financial crisis continued to undermine the very concept of long-term strategy and market forecasting, McPherson arrived at the International Hotel Investment Forum (IHIF) to reveal her intention to double Marriott’s European footprint of 40,000 rooms by 2015.

Five years later, as that mission neared completion, she was back in Berlin to announce the next phase of expansion: 150,000 signed or opened rooms across its European portfolio by the end of 2020.

The growth strategy focused on select service and luxury lifestyle brands, and, while it involved the significant scaling up of operations and assumed the success of then still embryonic brand Moxy, pundits seemed to agree that Marriott’s successes over the previous five years made it an achievable target.

Few, however, would have predicted McPherson getting within touching distance of that number in a little over
18 months. Then again, 2016 was a pretty transformational year for Marriott International and the sector as a whole.

The €13-billion acquisition of Starwood Hotels & Resorts in September 2016 created the world’s biggest hotel operator: 30 brands, more than 5,800 properties and 1.1 million rooms spread across over 110 countries. At a stroke, 40,000 rooms were added to McPherson’s portfolio, and Marriott suddenly led the European market in the luxury and full-service segments, becoming the continent’s third-largest operator overall. Such numbers require new targets.

From 40,000 at the start of the decade to 135,000 rooms today, McPherson may have arrived in Berlin alongside her president and CEO Arne Sorenson this March with an unrecognisable corporate entity behind her, but the message of where she would be taking the group next was eerily familiar: growth across all segments and all geographies.

In fairness, read beneath the headlines and the message is a little more nuanced. Marriott International hopes to build upon its lead in the luxury and full-service segments, while the majority of new rooms between now and 2020 will come in the upscale and affordable-lifestyle spaces.

“If there hadn’t been any changes, that would be worrying,” McPherson laughs, when asked how much her role has evolved since she last spoke to Hotel Management International in late 2014. “With added scale, the way we have moved through a series of strategic plans, you have to keep adding new leaders and management mechanisms that ensure everybody is getting enough support, centrally and in market.”

One major shift, McPherson notes, has been the amount of time she is spending with owners. Large acquisition deals will always breed a degree of uncertainty, on the sides of the acquired and acquiree, and personal reassurances are particularly important in the luxury segment, where owners understandably expect a more personal touch.

“Through Starwood, we not only expanded ownership with certain groups but also added new owners to the mix,” McPherson explains. “We’ve invested a lot of effort in ensuring that we understand where they are in terms of their perception of who we are and any concerns they might have about suddenly being part of a much larger portfolio.”

Part of these efforts has been a recently completed tour of 12 countries that collectively account for 80% of Marriott’s European footprint, visiting properties, sitting down with owners, outlining strategic vision and assuaging any fears. McPherson was joined on these trips by Satya Anand, whom she appointed as her COO in September with the specific responsibility of looking after all things luxury.

“It’s about ensuring that we create a team that can give those properties the proper support, particularly in southern Europe, where more than half of the distribution sits,” McPherson says. “To do that, we’ve added specific resources in the luxury space. It’s something we’ve always been good at in terms of centralised global resources, but we’ve also added a lot of people locally to make sure we’re actively supporting our hotels on the continent.”

Culturally, McPherson insists that there aren’t really too many dissimilarities between owners on the Marriott and Starwood sides, that she hears “the same issues and concerns” from both parties. What is more likely to define the success of this new corporate entity over the long term is how well the two corporate cultures mesh further down the pyramid.

“It’s a question a lot of people inside and out have been asking,” she acknowledges. “How comfortably can one company sit with the other? These tours have made it clear to me that we are talking about very similar cultures. I’ve seen the same passion for hospitality, dedication to service and pride in one’s teams everywhere I’ve been.

“In each of these markets, we’ve held associate-wide receptions. Many already knew each other to some extent, but those experiences reinforced that, culturally, we can work together, and that it’s just a question of putting a really great plan in place.”

A major component of that plan lies away from the luxury full-service segment, significantly increasing market share in the upscale and economy tiers. Prior to the Starwood deal, this was driven by what Marriott internally refers to as its MARCH brands – Moxy, AC, Residence Inn and Courtyard. These will continue to perform a large share of the heavy lifting, but will now be supplemented by such offerings as Four Points, Element and Aloft.

“That space remains so large and fragmented, it gives us a ton of runway to grow,” McPherson says of the upscale tier, where she hopes to double the 24,000 open rooms she has today. “We also believe that each one of those brands sits in a slightly different place and we’ll connect them through the loyalty programme, which will make a huge difference in terms of maintaining and building market share.”

With so many brands under a single umbrella – Marriott now counts 30 worldwide – some are finding it difficult to see how a degree of cannibalisation can be avoided as this new corporate entity continues to take shape. An area where that is not a concern, however, is in the economy segment, in which the affordable-lifestyle brand Moxy enjoys single billing in McPherson’s portfolio. Launched in 2014 and accounting for 1,000 rooms at the end of 2016, the goal is to have 19,000 rooms in operation before the close of the decade.

McPherson insists that this is not a space where she “wants to be everywhere”, and points towards design-led offerings such as 25hours and Mama Shelter, rather than value-driven brands like Holiday Inn Express, as the true competition. In an increasingly competitive millennial marketplace, it’s an incredibly ambitious target nevertheless.

“We have a growth strategy around attracting that demographic,” she explains. “They’re value-driven, but also more design-oriented, and are looking for public spaces where they can live and work. Within the economy tier, that hasn’t really been reflected in what’s being offered to the consumer and it goes some way towards explaining why Moxy has already enjoyed such success. It’s punching above its weight in terms of brand awareness and we’re incredible happy with how the launch has gone so far.”

Spend some time in McPherson’s company and one gets the impression that the same could be said about the Starwood integration, which she appears to be taking in her stride. It’s quite simple really: extend your lead in the luxury segment; establish a lead in the upscale segment by doubling your footprint; and create a leader in the affordable-lifestyle space through growing a nascent brand by almost 2,000%. And all within the next three years. So, distilled into a bumper sticker, is the fundamental strategy as simple as ‘grow everything, everywhere’?

“The majority of growth will be towards Eastern and Central Europe, but we also have openings in Southern and Western Europe – it’s just more selective” McPherson replies. “From a geographical-expansion standpoint, we see the most potential to the east: Russia, Turkey, the ‘-stans’. For every different country, you’re going to get a different answer by a different brand, and vice versa.”

If the executive tasked with leading this European charge has any doubts about its feasibility, she does an incredibly good job of hiding them. Then again, McPherson has witnessed such tremendous change during her tenure, anything must seem possible.

“I’ve gone from having 175 hotels with $2 billion in revenue, to more than 500 hotels and $6 billion,” she laughs. “There isn’t anywhere better to be than Europe. Internally and externally, it’s the most exciting, complex place in the world. Yes, there are ongoing geopolitical concerns, but that will always be the case – when I arrived, we were in the midst of the Greek euro crisis – and such situations create opportunities as well as challenges.

“Europe is the pre-eminent aspirational destination for international travellers; it accounts for five of the top ten global source markets, and now we have these fantastic brand platforms at our disposal, entry into new geographies we haven’t been before, and an opportunity to really build upon and leverage awareness and loyalty. It’s incredibly exciting.”

The rest of the decade promises to be quite the ride. One can only imagine what news IHIF 2020 will bring. 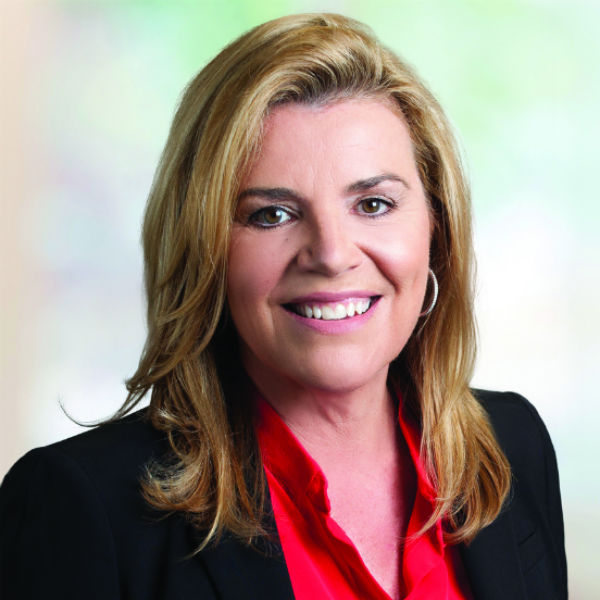 Amy McPherson, Marriott International president and managing director for Europe, has always had big plans for the group. 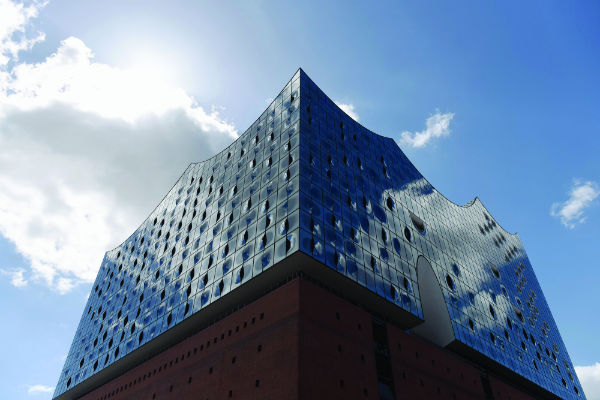 The acquisition of Starwood Hotels & Resorts brings a large number of properties under the Marriott umbrella, including The Westin Hamburg.
Post to: