With Michelin-starred restaurants in the French and UK capitals, as well as multiple media commitments and a young family, time is a particularly valuable commodity for Hélène Darroze. The chef speaks to Jackie Mitchell about balancing her working life between Paris and London.

"I have amazing teams who work with me and I can rely on them if I'm not on the spot," she says. "It depends on my agenda as to how long I spend in each city - it's not clear cut."

Recently, she started filming another TV series of Masterchef France in Paris. "I love it. It's another way to do my job as it's an opportunity to share knowledge and give advice to young people," she says. "It's just like I do every day in the kitchen, passing on my savoir faire and culture. I don't do any TV on a regular basis, more ad-hoc projects."

One such project was CNN's Culinary Journeys in which she travelled to Edinburgh, Scotland, to find out about haggis. "A top chef told me about the culture of haggis and how to cook it. I liked it. I may include it in a recipe at one of my restaurants one day," she says.

Darroze no longer cooks at her restaurants. "The teams are so well organised that they can operate without me. When I'm in the kitchen, I inspire, create and check rather than cook now. I also do all the creation of the menu - that's something I can't delegate."

When I’m in the kitchen, I inspire, create and check rather than cook now. I also do all the creation of the menu – that’s something I can’t delegate.

Time management is crucial for Darroze as a single parent running two top restaurants. Her daughters, adopted from Vietnam, are Charlotte, 8, and Quiterie, 6. "I'm just a normal mum," she says. "I spend time with my girls whenever I can. They travel with me when it's possible and I try to be at home in the evening to see them prior to the restaurant service. I'm lucky that both my homes are nearby. I made sure of that. They often come into the restaurants; they may have lunch with me in my office. At home, I have a nanny, who is as important to me as my sous chef."

Last year, they were at school in London, while this year they are in Paris - "Next year? I don't know yet," says Darroze. "When I'm in Paris, I'll take them to school, but I'm not always able to pick them up. During the weekend, I spend more time with them."

Darroze's style of cooking is based on the rule that you must always find the best product and base the recipe on the product. "I cook with my emotions. What I have inside, I put on a plate in my personal way of cooking. I try to tell a story on the plate," she says.

This approach has worked well as Darroze has won many plaudits and awards including the Veuve Cliquot World's Best Female Chef Award 2015. "It was something unexpected," she says. "It says a lot about me and my team. It's not a personal achievement; it's a team achievement. I'm the kind of person that needs to be recognised. You work so hard that when you receive an award, you are very happy."

Darroze is a fourth-generation chef, but she didn't decide to become one until the age of 24, although she started cooking at an early age. "I'm told I was five or six when I made my first apple pie," she confesses.

Her late career choice was because, at that time, in the late 1980s, people went to university, not culinary school. "For a woman, it wasn't acceptable to be in the kitchen," she says. "My father expected my brother Marc to become a chef, not me. Today he manages our family's Armagnac business."

After attaining a degree from École Supérieure de Commerce de Bordeaux Business School, Darroze joined Alain Ducasse's team at the prestigious Louis XV restaurant in Monaco. After three years, the great chef encouraged her to get into the kitchen. "Alain Ducasse had a big influence on me," says Darroze. "I have great respect for him and learned a great deal from him as well."

At 27, she took over the family restaurant in Villeneuve-de-Marsan, France. The business had been in the family for 100 years. She spent four years there, which gave her time to refine her culinary style.

I cook with my emotions. What I have inside, I put on a plate in my personal way of cooking. I try to tell a story on the plate.

In 1999, Darroze opened her own restaurant in Paris and within three months, was awarded her first Michelin star. A second followed in the third year. In July 2008, Darroze launched her restaurant at The Connaught, which won a second Michelin star in 2011.

When asked what's left for her to achieve, she says she would like to continue with what she's doing now in London and Paris. "I don't plan; I take projects when they come. There may be new restaurants in the future, but it's too early to talk about it."

What's your favourite dish and what are you working on now?

Darroze: I can't select a favourite dish from the restaurants, but at home it's roast chicken. It's very simple, perhaps a little disappointing for people, but if you have a good chicken and it's roasted, there's nothing better. We've been testing new dishes using white truffle: a dish with gnocchi, ricotta cheese, rocket, chestnuts and parmesan.

How important is the Michelin-star system to you? Why does it matter?

How much attention do you pay to food critics?

Ten years ago in Paris, I was hurt by what a critic wrote. An actor friend came into the restaurant and asked me what was wrong. I explained and she said that, as an actor, she never read her theatre reviews. I took that advice on board; since then I never read restaurant reviews even if they are good. If it's on TV, I don't watch the programme.

Have you any new books coming out?

Mes Recettes en Fête came out in November - it's recipes for the festive season. I don't know yet if it will be translated into English. It took me eight months to write. I love writing and I've already started my fourth book.

What is the best kind of relationship between chef/restaurateur and consultant?

There needs to be a lot of communication between the two as the jobs are very different. The designer needs to understand how we work and operate. 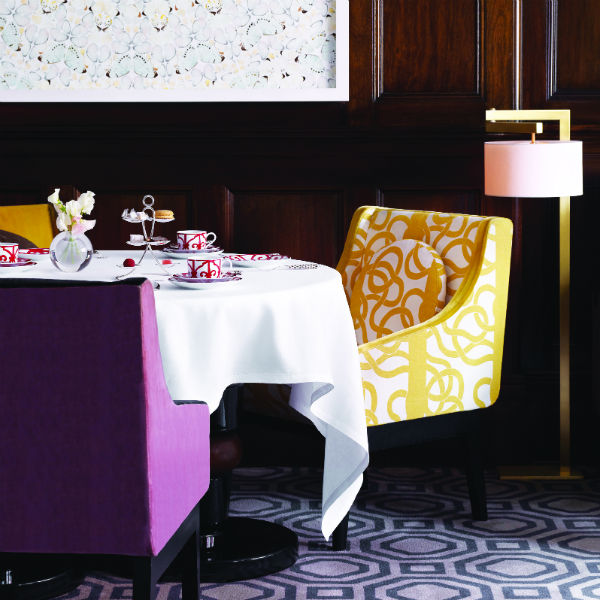 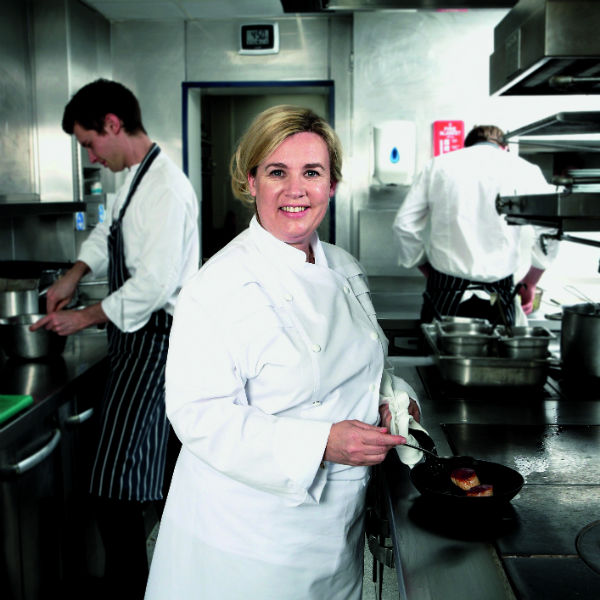 Although a somewhat late starter in the food sector, Chef Hélène Darroze now has Michelin-starred restaurants in Paris and London. 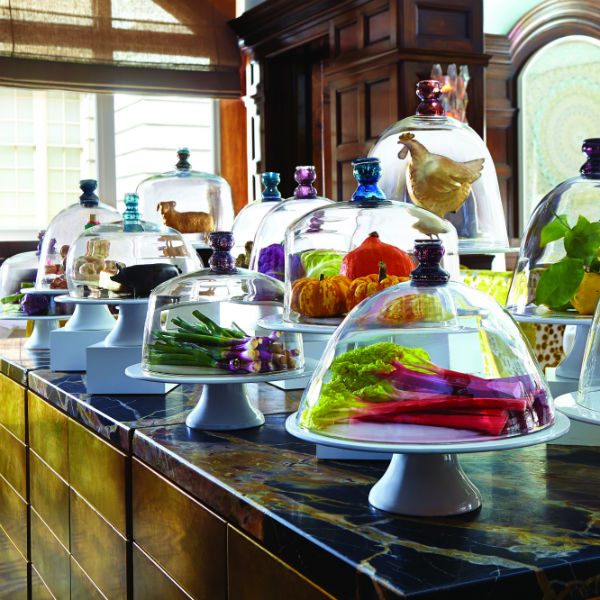 The bell jar: central display at Hélène Darroze at The Connaught Hotel, London.
Post to: