A catalyst for change: women and hospitality

Although hotel companies have no problem attracting women, they are failing to provide the necessary support for them to progress to senior positions. Elly Earls meets Women in Hospitality 2020 chair Tea Colaianni; Marriott International’s president and managing director for Europe, Amy McPherson; Whitbread CEO Alison Brittain; and IHG’s VP for global talent, Louise Byrne, to find out what steps are being put in place to correct the balance.

Its diverse customer base combined with the fact that women are estimated to make more than 80% of travel decisions should make gender equality at the highest levels of leadership a no-brainer for the hospitality industry. Research has shown time and again that businesses with more women at board level perform better, not just financially but also with regard to innovation, problem solving and team engagement.

And yet, research carried out by PwC for the Women in Hospitality, Travel and Leisure 2020 Review, which is working alongside various industry players to achieve 33% female board representation in hospitality by 2020, found that although the sector has no problem attracting women, who make up 60 to 70% of female graduates from hospitality management programmes, they are failing to progress to senior management positions. Only 26% of senior management in hospitality is female, a figure that drops to 20% when HR roles are excluded.

The review, which involved interviews with over 100 chairmen, CEOs, nonexecutive directors and group HR directors, as well as executive search firms and millennials entering the world of hospitality, also identified several barriers to women’s progression. These include male chairmen and chief executives hiring in their own likeness, unconscious bias in recruitment decisions and the sector’s poor record in managing the talent pipeline, resulting in a smaller female talent pool.

“The single biggest issue and the one that needs our greatest attention is that of the pipeline of female executives,” says Whitbread CEO Alison Brittain. “Without a healthy flow, there is no hope of getting more senior female executives onto the boards and executive teams of UK businesses.

“The issue is not a scarcity of talented, qualified women, but rather that they fall back either because it becomes too culturally or practically difficult to progress, or they are overlooked when it comes to appointing senior executive roles.”

Tea Colaianni, who led the review, is chair of the Women In Hospitality 2020 (WiH2020) working group. She agrees that the dearth of women in senior positions is a symptom of the industry’s inability to promote women from within.

“Most of the organisations we looked at as part of the research have between 60–70% representation across the whole workforce so we don’t have any issues attracting women. Where we do have an issue is that when talented women get to the stage in their life where they need to take a break – whether that’s for maternity leave, to look after an elderly parent or something else – we really struggle to get them to return to work for us,” she says.

And although she acknowledges that much of this is perhaps “benign discrimination”, it still creates a mindset where decisions are being made for – instead of by – the women in hospitality organisations.

“For some women, yes, their priorities will have shifted, but it won’t be the case for everybody,” she says. “So let’s not make the decision for them – let’s give everybody the same opportunities.

“This is a major obstacle and if we’re able to crack the issue of allowing flexibility when women need it, and then helping them to come back and support them, I think we will be able to crack a significant obstacle to women progressing through our organisations. There needs to be a shake-up and a change in mindset. It is happening but it’s not happening everywhere.”

The single biggest issue and the one that needs our greatest attention is that of the pipeline of female executives.
– Alison Brittain

Leading from the top

Marriott, which was the first hospitality company to establish a formal diversity and inclusion programme nearly 30 years ago, is decidedly ahead of the curve, with eight women leading Marriott International divisions with revenue greater than $100 million, four women on its board of directors and an overall split of 50-50 on the company’s executive C-suite leadership team.

Over 20 years ago, the company also established its Committee for Excellence, which pledges to support and value diversity as part of its corporate culture, and has resulted in the creation of several leadership accelerator programmes focusing on the development of a diverse leadership pipeline for its hotels.

The company’s commitment to supporting women extends to its communities, owners and supply chain too. In 2017, Marriott spent $352 million with over 3,500 women-owned businesses globally and also works with long-term partners such as Women’s Business Enterprise National Council and WEConnect International to support and engage with women-owned businesses around the world.

Amy McPherson, president and managing director for Europe, says it’s crucial that diversity initiatives are led from the top.

“Marriott’s Global Diversity and Inclusion Council is led by the president and CEO, Arne Sorenson, and comprised of all continent presidents and other Marriott global officers who also sit on the Committee for Excellence,” she says. “The council’s purpose is to advance Marriott’s commitment to inclusion around the world and ensure the integration of our diversity and inclusion initiatives across all aspects of our global business strategy.”

For Colaianni, there’s no other way. “Unless there is real leadership, and ownership and accountability at the most senior level in the organisation, and it starts and stops with the CEO, you won't carry out the shift and won't really be able to move the dial,” she stresses.

“I would advocate against diversity being a project for the HR department. It needs to be treated like a critical business issue like any other issue, with specific targets and metrics, and accountability.”

We look at and monitor our statistics and progression; but if you set a target, that’s a limit and why have a limit?
– Louise Byrne

While establishing mentorship programmes like IHG’s RISE initiative, which is designed to inspire female leaders to ‘lean in’ to GM roles, and women’s networks like Whitbread’s Women at Whitbread, are important steps to take, they won’t be enough on their own, Colaianni advises.

“It’s not just by sending people on a training programme that you change the culture,” she says. “You have to go much deeper and look internally at what you can do better.”

Colaianni cites Travelodge as an excellent example. “They've put together focus groups with people from different parts of the organisation and they've asked the questions, what are we good at and what are we less good at in terms of diversity? Because sometimes companies just don't know.

“Everybody knows that they don’t have enough women at the top but they don't know what internal barriers are preventing women from progressing within a specific organisation. Doing that diagnostic piece around the organisation about what's good, what's less good and what's really bad that needs to be stopped can only be a good thing.”

Louise Byrne, vice-president of global talent at IHG, agrees. Since she joined the company in 2012, the percentage of females in senior leadership positions has leapt from 17% to over 40%, but she knows there is still work to be done.

“We have engaged with Accenture to scratch beneath the surface of why we have fewer women in GM roles and women transitioning from director to VP level,” she says. “They are doing focus groups and one-to-ones to help us understand the real and perceived barriers to inform us about what we need to do differently. Something about having that real diagnostic is key.”

Meanwhile, at Whitbread, diversity has been built into the company’s performance management schemes, setting targets and incentivising against them.

“I tend to think about targets in a simple business context,” says Brittain. “In my experience, rarely, if ever, do we agree to implement something that is strategically important in our business without setting an objective, and then measuring and monitoring our progress towards that goal. Targets, internal or external, hard or soft, are a great tool to focus people’s minds and get things done.”

Although, believes Byrne, there is something to be said for a ‘nudge theory’ approach too. “Our goal at the moment is simply to have more – we’re not setting a target because we think it drives the wrong behaviour,” she says. “We look at and monitor our statistics and progression; but if you set a target, that’s a limit and why have a limit?”

Technology is an important tool in the battle to promote greater gender diversity, according to McPherson. “The great thing about it is that it aids transparency and promotes the sharing of information,” she says. “Where women may have had to search out advancement opportunities in the past, technology now enables information to be accessible to all, aiding inclusion efforts.”

At present, Marriott is optimising all of its HR systems in order to remove any unconscious bias during the recruitment process – an approach IHG will also be investing in next year – as well as using its dedicated social media channels and careers platforms to ensure that there is a constant emphasis on promoting diversity and inclusion.

“A great example of this is our new Marriott Careers Chatbot – a mobile friendly careers concierge that uses artificial intelligence to better target the job search experience, and tell the story of Marriott and its rich culture to external communities,” McPherson says.

There’s also a lot to be learned from beyond the hospitality sector. Two initiatives Byrne sees as particularly innovative are Aviva’s group-wide commitment to offer men and women equal parental leave and Lloyds Bank making flexible working the rule rather than the exception; employees must opt out rather than opt in.

Colaianni hopes the WiH2020 initiative will be a good way to encourage the industry to work together and learn from each other. Not only has the team put together a number of work streams, including performance metrics and mentoring, which hotel group HR directors are already coming together to address, they’ve also created a charter, which commits organisations to putting in place internal diversity and inclusion initiatives, and collaborating with other companies in the industry to tackle barriers to diversity. “We want it to be a catalyst for change, a catalyst for action,” she anticipates. 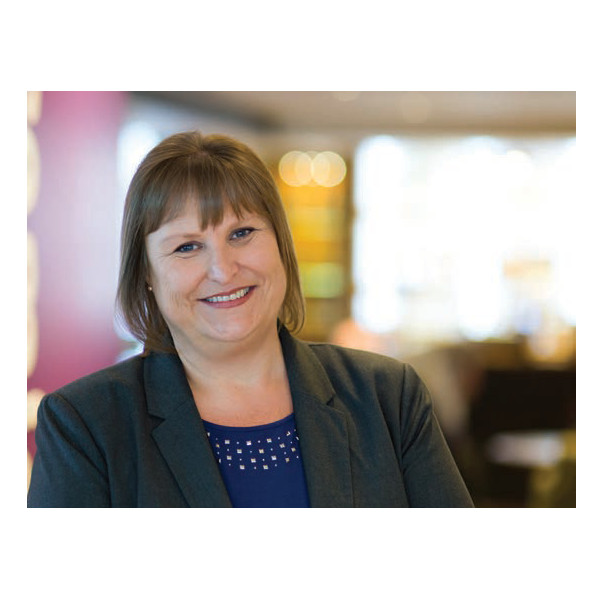 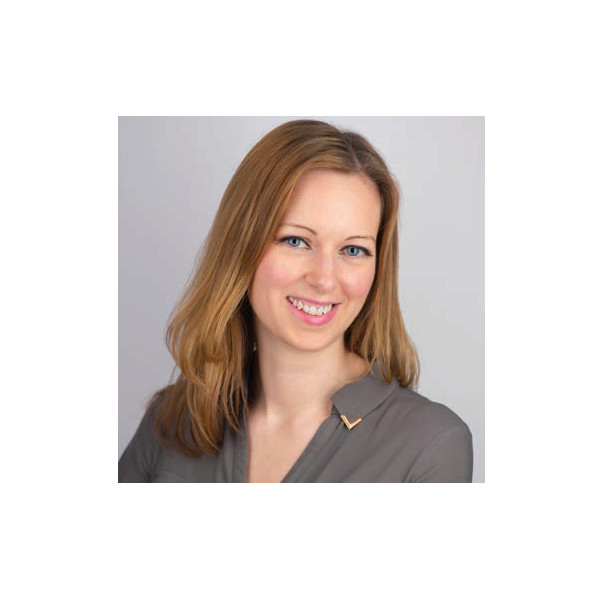 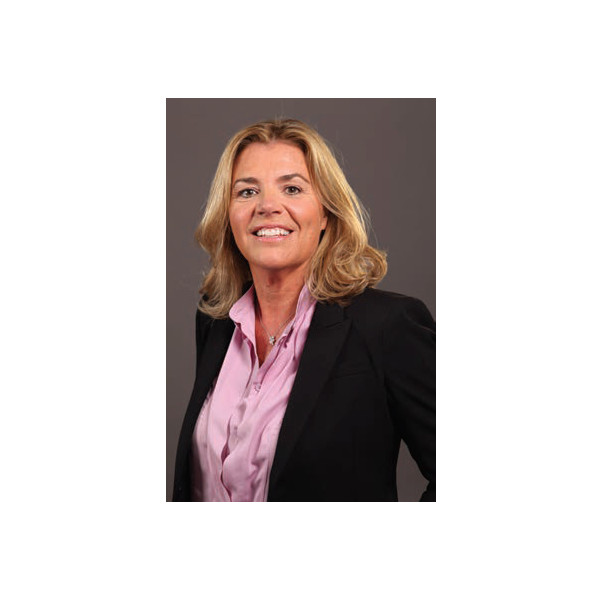 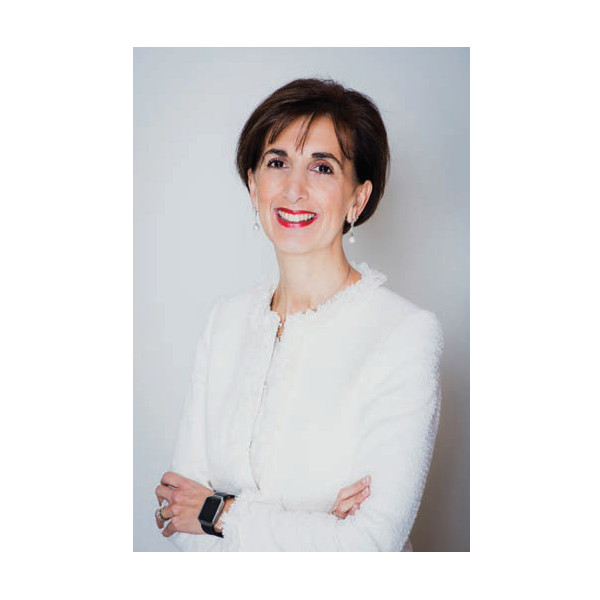 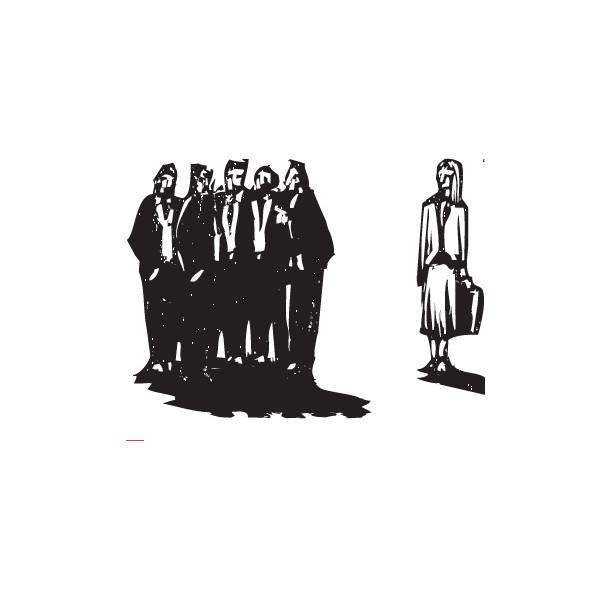