Unprecedented times...... but we will rebuild and reopen...... In the interim, a Waldorf Astoria escape. 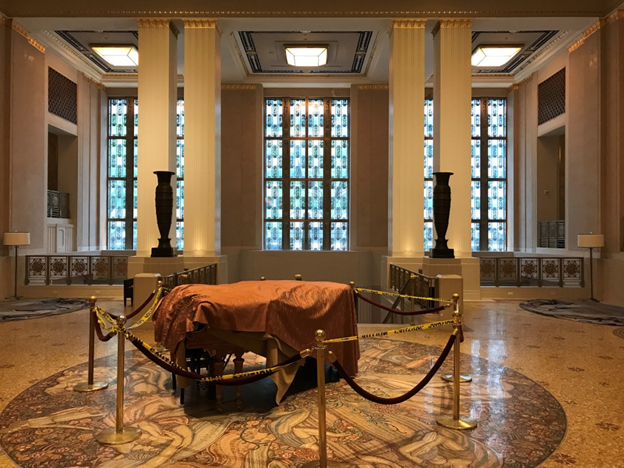 Several years ago, I had the absolute privilege of touring the historic and beautiful Waldorf Astoria in New York City while it closed for renovation, converting to condominiums (full article on that here). This was a massive renovation converting 1,413 hotel rooms down to 375 hotel rooms and 375 brand new residential condos which occurred over 3+ years.

You are probably wondering, where am I going with this and what has to do with the headline "Unprecedented times...but we will rebuild and reopen......". Well, in the very off chance you haven't heard COVID19 has had a massive impact on the hospitality industry, essentially gutting the industry, including the entire hospitality ecosystem, impacting Local Service Providers (like Safety NetAccess, the company I work for), our manufacturing partners, and many, many others.

Well, as I reeled back, trying to fathom what drastic changes have occurred over the last 7+ days, I searched my memories and thoughts for anything that would correlate, trying to associate these events with anything to bring back hope or at least provide a temporary distraction from the nonstop newsreel of COVID19 updates. I won't discuss the financial impacts on hospitality (let alone the world) as that is not my forte and I believe many of my colleagues in the industry don't need to be reminded of it right now. If you are looking for that, it has already been addressed here & here (along with many other places). Therefore I am writing this for the purposes of being temporary distraction.

Now, back to the story. For those not familiar with the Waldorf Astoria New York, this property is a grand old hotel, one that grandfathers most luxury hotels today and one of the 30 most iconic hotels around the world (article here). For a deeper dive, please check out the Wikipedia page on it here or a great YouTube video here.

Now that the scene is set, I visited this property when it was completely shut down, I was literally one of 7 people in the property, which occupies a full block in the heart of the NYC with the highest population density in any major city in the US. The building was utterly and totally shut down.

I must tell you, this building is beautiful (some excellent photos can be found here). Walking through the historic lobby, the historic Silver Gallery, the place was magnificent, even with everything boarded, the chairs stacked, and the routine cleaning schedule adjusted.

As we walked thru the building, I couldn't help but pick my jaw up off the floor after every turn. Passing these halls where all sitting Presidents since Herbert Hoover to Obama traveled, including some major celebrities like Marilyn Monroe, Frank Sinatra and more, has me absolutely godsmacked.

I reveled at the four story, two tiered ballroom where besides all the historic and famous events that occurred, Bob Hope who was such a regular performer at the Ballroom once said, "I've played so many dinners in the Grand Ballroom, I always make a crack when I get up to speak that I leave my dinner jacket in the lobby so that I don't have to ship it to the Coast all the time".

As a hotel technologist, one of the necessary stops was the telecom room. Looking at the old mesh of copper wires, feeding communication to so many rooms in the past, wondering just how many deals were brokered throughout the years over these lines fed my curiosity. Knowing the size of the property (1,413 rooms) it must have been a monumental task to originally pull and test each and every one of those lines throughout a building whose architecture and structure dates back to 1939 (way before today's advanced technology and communications capabilities could replace all this copper with a few strands of fiber).

Continuing on the tour, one of the next places visited included the basement kitchen (2B to be exact). The Waldorf Astoria has four basement levels. Walking thru the kitchen, which spans the full city block, was amazing. The ability to feed a capacity of over 1,400 guest rooms along with any multitude of simultaneous events going on at one time was amazing. I will remind you, this kitchen was the birthplace of 24x7 room service.

Although I wanted too, the mysterious 4th level basement was off limits, and therefore not part of the tour. This was where Roosevelt had his private train, and car elevator leading directly onto the street (image right). Numerous Presidents used the private train station to access the hotel for years. In speaking with some friends who had the privilege of working there, Roosevelt's train car was used later to store the fine plates and silverware. There is a great deal of further information available on it here.

All in all, my personal tour of the Waldorf Astoria was astounding and extremely memorable for me. Touring this grand property will stay with me for the rest of my days.

Much like our industry, for a period, this hotel was shut down, staffing levels reduced, and the property placed on an indefinite time out. During that time, the property was sold, plans altered and redefined and eventually rebuilt. Not to make light of the current situation, as there are some very serious consequences in the world currently in regards to COVID19, but our industry is essentially going thru the same thing right now and in-time (hopefully sooner than later) we will reopen and like the Waldorf Astoria, we will be stronger and more beautiful then we began.

I know myself, and the entire team at Safety NetAccess, are looking forward to that day, and will be there to serve you when we come out. Until then, I hope this story has at least taken your mind off of the current economic condition for a few minutes.