Synergy Grill Technology reveal the name of their latest innovation: the CharGo! 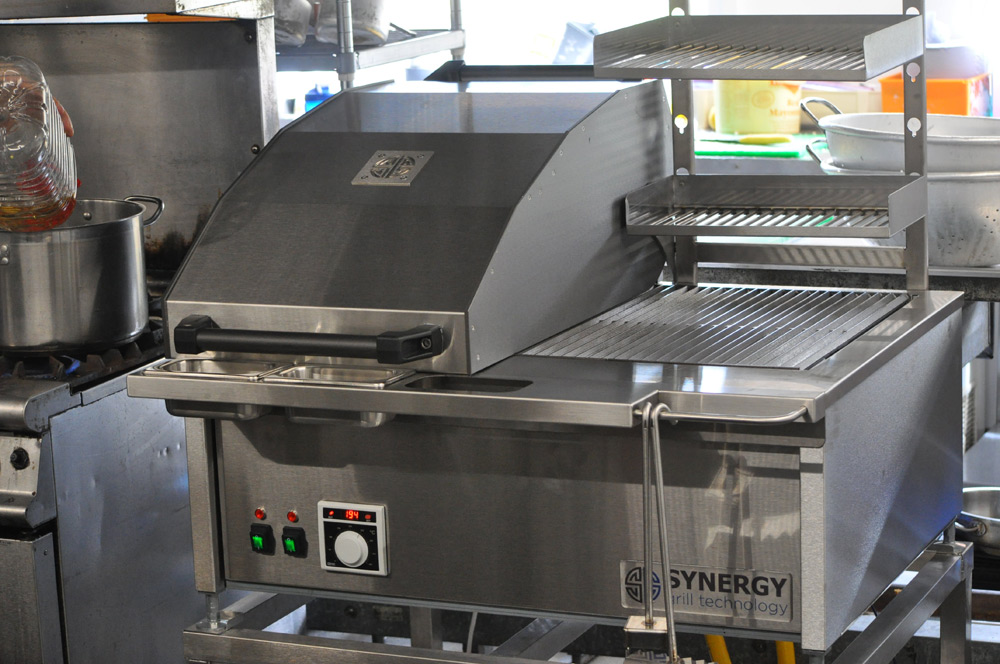 Manufactured with great secrecy and skill at Synergy’s Cambridgeshire-based factory, the Synergy CharGo combines the same revolutionary features of the brands’ award-winning grill with the most desired features of a commercial oven.  The Synergy CharGo Oven is the perfect solution for operators that are looking to make a menu-smart, and economically-smart, equipment investment given that this unit takes on the roles of an oven and grill within a single unit, as Richard Ebbs, Commercial & Marketing Director at Synergy Grill Technology explains:

“The best-of-both Synergy CharGo is able to steam/smoke/slow-cook/grill any desired food item to perfection in, within a single unit. As such, operators no longer need to invest in a separate oven and grill in order to execute a versatile menu, which of course, will help operators minimise their costs and save valuable kitchen space.”

Pitched as a perfect alternative to gas and coal-guzzling chargrills and charcoal ovens, Synergy’s brand-new CharGo requires no charcoal and uses up to 72% less gas than a standard chargrill. This is thanks to the product’s unique lid and temperature control, which together, work to safely keep heat within the cavity of the chargrill oven like no other.

This efficient retention of heat also allows operators to significantly slash their cooking times. In fact, so efficient is the Synergy CharGo Oven that it can cook many products in half the time of a standard chargrill which of course allows operators to drastically improve their food turnaround. Furthermore, Synergy’s CharGo Oven features a unique temperature control which allow chefs to maintain their desired cooking temperature within a few degrees.

“By incorporating our patented, fat-atomising technology into Synergy’s CharGo, operators will not only be able to expand their menus, reduce their energy consumption and speed up cooking times, but they will also be able to improve food quality like no other.

This is because Synergy’s fat atomising technology ensures that any moisture that is initially lost from the food, is gently penetrated back into the food for a perfect texture and taste. This atomisation process also completely eradicates the need for a fat tray, and therefore, removes the historically strenuous task of cleaning, along with the environmentally damaging disposal of waste fat. This is a serious uplift to restaurant cooking technology that represents the future of commercial kitchens.”

For further information on the Synergy, visit www.synergygrill.com call 01480 811000 or email [email protected]