Gdansk, the capital of Pomerania, has become one of the most popular tourist destinations in Europe, thanks to its strategic location on the Baltic Sea and its rich history as a member of the city of the Hanseatic League. The historic center of Gdansk, rebuilt after its destruction in 1945, is home to many famous landmarks, including St. Mary’s Basilica, the Golden Gate, Artus Court, and the Main City Hall, and can easily be discovered on foot from the hotel. Among the museums of Gdansk are the European Solidarity Centre, devoted to the Solidarnosc civil rights movement, and the Museum of the Second World War with its rich collection of military equipment, documents, and memorabilia. 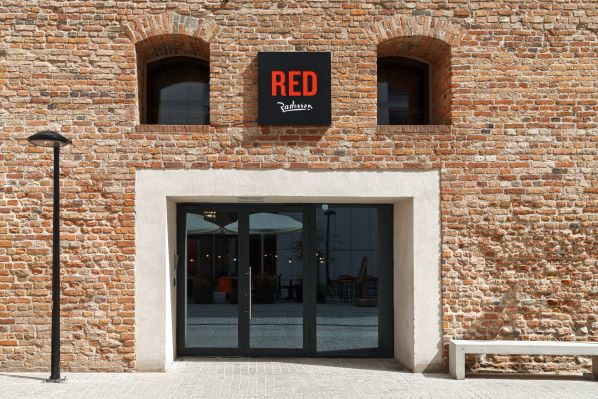 Radisson RED Gdansk is housed in a reconstructed port warehouse right by the Motlawa River. During its reconstruction, the original walls were retained, giving the building a truly unique loft-style look. The property enjoys a prime location at the northern end of Granary Island and is connected to the Main City by a newly installed footbridge. 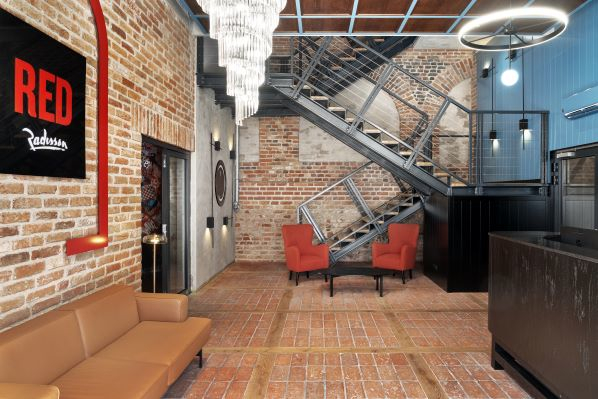 The hotel consists of 30 rooms and suites, some of which have a mezzanine level featuring an extra bed, as well as four one- and two-bedroom suites of up to 50m2. The rooms offer magnificent views of the Motlawa and the Main City with the famous Gdansk Crane. The interiors are designed in an eclectic, playful style with surprising decorative elements that play on the building’s history and location. The property is home to the Whiskey in the Jar steakhouse as well as a grab-and-go station located in the lobby. Guests of Radisson RED enjoy access to the public areas and amenities of Radisson Hotel & Suites Gdansk, including its restaurant and bar, as well as its fitness and wellness area, located a mere 200m from Radisson RED Gdansk. 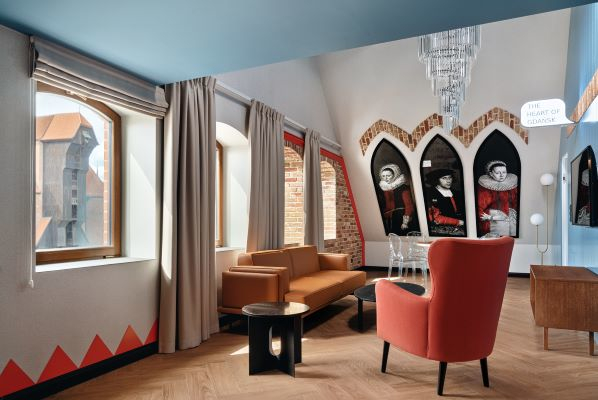 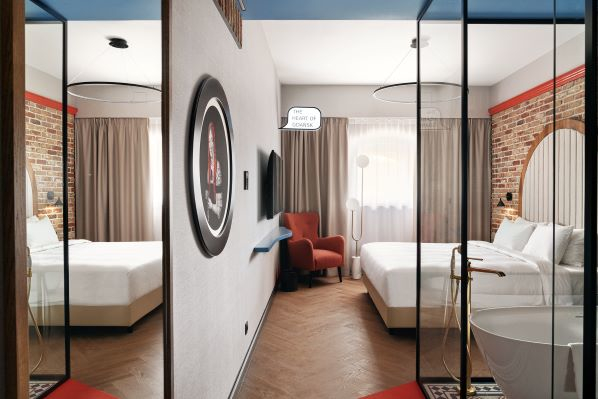 With the health and safety of guests and team members as its top priority, Radisson RED Gdansk is implementing the Radisson Hotels Safety Protocol program. The in-depth cleanliness and disinfection protocols were developed in partnership with SGS, the world’s leading inspection, verification, testing and certification company, and are designed to ensure guest safety and peace of mind from check-in to check-out. The Safety Protocol is an integral part of Radisson Hotel Group’s Safety and Security program ensuring we always care for our guests and team members.