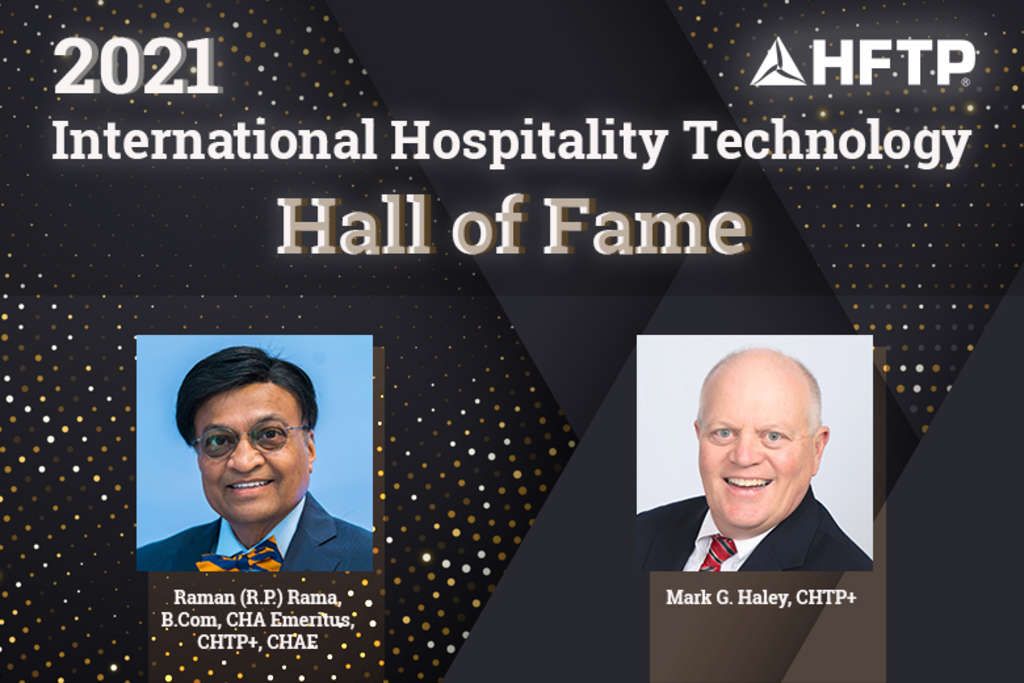 The International Hospitality Technology Hall of Fame is HFTP's highest level of recognition in the area of technology. Since 1989, 49 individuals have received this award as a reflection of their contributions to the hospitality industry.

Rama, born in Malawi, migrated to India at 10-years-old where he received his education, and subsequently moved to the United States in 1981 where he started his profession in hospitality. Working in a variety of positions, Rama found his niche in finance and technology. In his career, Rama was one of five owners of JHM Hotels, which operated 36 hotels representing brands like Marriott, Hilton, Hyatt, IHG, Wyndham and Choice Hotels in both the United States and India. At JHM hotels he served as CTO/CIO of the company. The five owners also started Auro University in Gujarat, India.

Throughout his career, Rama has continuously sought out and implemented technology solutions to support the operations of his hotels. This included upgrading computer systems, implementing new accounting software, and developing custom software that output management reports for data comparison across the company’s hotels. Now as president and CTO/CIO at Sarona Hotels, Investments & Premier Management Services, he has invested in 24 hotels, as well as numerous hospitality-focused technology companies, including a variety of start-ups.

Rama has been heavily involved in the industry, including serving as HFTP Global President from 2012-2013. He was also recognized with the HFTP Paragon Award in 2016. In addition, Rama is a frequent speaker at industry events, most recently at HITEC Dubai in May 2021.

“I am humbled and have no words to express my gratitude for the honor of being inducted to the prestigious Hall of Fame,” said Rama. “I thank all those many individuals who have supported my professional journey for the past 42 years in the industry, including those who have mentored and guided me and accepted me in their network. With this recognition I encourage all professionals to give your time by sharing your experience and knowledge with the seekers. Grow together is the principle I live by.”

Alongside Rama, Mark Haley will be joining the prestigious group of Hall of Fame inductees.

At Prism Hospitality Consulting, Haley offers strategy development, marketplace positioning, Internet marketing, needs analysis, system selection, RFP development and project management; specifically focusing on adapting the business and the use of technology to each other, and moving business processes to the Internet.

Prior to founding Prism in 2001, Haley founded and led High Touch Technologies, a consulting firm. Previous to this, Haley worked at ITT Sheraton for 15 years in a broad range of positions of increasing responsibility at every level in the organization, beginning as a guest service agent. In his last role at Sheraton, he served as director of property technology, responsible for the alignment of business and technology strategies. Mark frequently speaks at industry events and contributes articles to a range of lodging and technology publications. Mark also plays a leadership role in the industry as past president of the HFTP New England Chapter, past chair of the AH&LA Technology Committee and currently serves on the HITEC North America Advisory Council.

“Induction to the International Hospitality Technology Hall of Fame is a truly humbling recognition,” said Haley. “It is like being asked to play baseball with Jackie Robinson, Curt Flood, Johnny Bench and Henry Aaron, all great ballplayers that not only excelled and led, but truly changed the game. I look forward to living up to the privilege and continuing to serve Prism’s clients, my coworkers, the industry, and HFTP as a game-changer. And it is an honor to enter the Hall alongside RP Rama.”

HITEC Dallas will take place from September 27-30, 2021 at the Kay Bailey Hutchison Convention Center in Dallas, Texas USA. Co-located with HITEC are the HFTP Annual Convention and HFTP Club Forum. HFTP takes the health of its event participants seriously and has implemented a number of protocols to protect its attendees. For more information about HFTP's events, visit www.hftp.org or contact the HFTP Meetings & Special Events Department at [email protected]