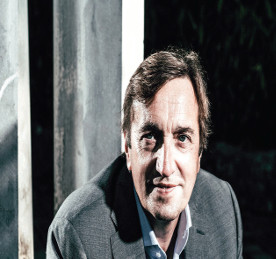 It has been an interesting year for Carlson Rezidor Hotel Group. The company has shaken up its global leadership and strategic focus following HNA Group’s acquisition of Carlson Hotels in December 2016, which also included buying the Minnesota-based operator’s 51.3% stake in the Rezidor Hotel Group.

Carlson CEO David Berg stepped down in January and was replaced by Federico J González, who had most recently held the tiller at NH Hotels. In May this changed again: González-Tejera moved to Brussels, where he replaced Wolfgang M Neumann as president and CEO of Rezidor. He will also chair a newly established global steering committee that has been created and composed equally of representatives from Carlson Hotels and Rezidor.

“My focus has been on aligning the group and aiming for stronger cohesion across our teams, as we were much more scattered in the past,” he says. “The global steering committee has six members – two members of Carlson, two from Rezidor and then two global members, including myself and Iñigo Capell, executive vice-president and chief resources officer. We are working to improve cooperation to maximise global business opportunities.”

Since Carlson and Rezidor are separate entities, legally speaking, this task has not been without its complexities. Despite their tight relationship, the former company is privately owned while the latter is publicly listed.

However, De Neef says that the global steering committee is doing its best to overcome these challenges.

“We are launching a five-year strategic plan called Destination 2022,” he says. “We’re reviewing where the company was, where it is now and where the opportunities are, and what it needs to tackle in the business going forward. That’s what I’ve been doing since May, so I’m not bored to be honest with you. It’s quite intensive but very exciting.”

'Intensive' is an understatement. De Neef, who was formerly EVP and chief commercial officer at Rezidor, has been tasked with developing the group’s branding strategy across all regions.

He heads up brands, marketing, revenue generation, sales, distribution, PR, communications and reputation management to name a few, with a focus on guest engagement and loyalty.

Given this broad job description, it is not surprising that De Neef likes to think big. Over the course of an engaging hour, he touches on thorny topics such as the rise of online travel agencies, the lessons learned from the sharing economy and the challenges posed by political instability. With all these subjects, you sense that he is really only scratching the surface.

If there is one point De Neef keeps coming back to, it is that Carlson Rezidor is not interested in planting flags. Rather than trying to attain a set amount of inventory within each region, the group wants to cultivate a nuanced understanding of each market.

“One of the strategies we’re pursuing with the group is to say that you have different markets, different needs, different travellers – it’s not a copy paste exercise,” explains De Neef. “When you take this as a mindset, it’s important to have a brand portfolio covering all segments, but you don’t need every one to be global. If you take Country Inns & Suites, for instance, it’s an American mid-scale brand that targets domestic business; we tried to implement it in Europe at one point, but it failed because it doesn’t fit the needs of that market.”

The company recently bought a stake in prizeotel, a design-led economy brand created in Germany.

Globally speaking, the group aims to balance its development efforts between mature and emerging markets.

While De Neef believes that the product has great potential, he says there are no plans to push it beyond Europe for the time being. “Do we start developing prizeotel in the US tomorrow?” he muses. “Not really? At least, not now.”

Globally speaking, the group aims to balance its development efforts between mature and emerging markets. In the Americas, this means strengthening its footprint on the East Coast, as well as expanding into Latin America.

In EMEA, the company aims to leverage the success of Radisson Blu, the largest upper-upscale brand in Europe, while focusing more closely on Africa. In the APAC region, the group will build on the company’s strength in India and will move further into China.

“With our new Chinese shareholder, China will, obviously, be a tremendous focus and opportunity,” says De Neef. “We don’t know the market very well yet, so we need to understand what is driving it and that's where HNA will play a critical role in our future.”

He points out that in emerging regions – including Africa, which he believes will be “one of the next big markets for the industry” – guests are typically looking for four and five star hotels, and it will take a while before we see economy brands.

Here, the focus is on Radisson Blu and Park Inn by Radisson. For very selective and exclusive opportunities, the company will consider entering with a luxury brand.

Elsewhere, the big story of the past few years has been Radisson RED – billed as a ‘new hotel philosophy that connects with an ageless millennial mindset’.

The first properties, in Brussels (the world's first) and Minneapolis, opened in 2016, and were followed by others in Campinas and Cape Town.

By 2020, Carlson Rezidor plans to have 20 Radisson RED in operation by 2020. “Radisson RED is a concept where you don’t have a reception counter, or a dedicated space for your restaurant or your bar – it’s one big social hub,” explains De Neef.

“Our people are not reception, bar or restaurant staff – they’re one multitasking team who act as you would when welcoming a friend into your home, or friends getting together socially in a bar or restaurant.”

Challenges faced by the industry

Of course, no matter how global your ambitions, political instability can curb development in some parts of the world, and security is always a concern. This was underscored in 2015, when a Radisson Blu hotel in Mali was placed under siege by jihadists. However, risks of this nature are not unique to emerging markets.

“Last year, we opened a new Park Inn by Radisson at Brussels Airport,” says De Neef. “The airport had been hit heavily by the terrorist attack, but you cannot stop doing business – no city in the world is safe today.”

He applies the same kind of pragmatism to natural disasters, which are likely to become a more salient concern in this age of changing weather patterns. During the Harvey, Irma and Maria hurricanes, Carlson Rezidor was forced to close 25 properties – a situation De Neef describes only as a “challenge”. “The industry reboots every time and finds the right answer, so we are blessed,” he says, adding that the hotel sector is a growing industry and the hike in demand is expected to outstrip the rise in supply.

In regards to some of the industry’s homegrown difficulties – not least the impact of Airbnb and the issues associated with building loyalty – he is more confident in finding solutions.

“Building loyalty is one of the biggest topics we discuss internally, as we face a lot of pressure from channels such as booking.com and Expedia,” he says.

“What I believe is that you build loyalty at the property. Our global service commitment, 'Every Moment Matters', is a foundation that we apply to help our guests have a more memorable experience; this happens with people, not third-party channels and IT platforms.”

Airbnb, he adds, is less of a threat to the hotel industry than a complementary segment – albeit one with some important lessons for hoteliers.

“To say it’s another segment, and we don’t care, would be really stupid,” he says. “The drivers behind Airbnb are community engagement and localism, and what we need to ask is how we can embed that in our strategy and positioning. We need to say to our customers, ‘Come to us, we’re going to let you discover this city because we are working with local people and we are specialists.’”

General managers, he explains, will need to stay attuned not just to the location of their property, but also to the provenance of their guests. This in turn relates to another key issue, namely how you go about developing a single view of your guests and integrating all the data at your disposal.

“Of course, locality is important – you need to be embedded in the local tissue of the city – but you also need to understand where your customer is from,” he adds. “If they’re from the US, is it East Coast or West Coast? The world has become a big village, so we’re focused on understanding all of our source and destination markets.

"It's no longer about countries – the world is made up of cities, and we want to be in the right ones, at the right time, with the right brand.”

With so many evolutions underway, from a technological and demographic standpoint, it is perhaps a uniquely tumultuous time to be involved in the hotel industry. So as Carlson Rezidor works to implement its Destination 2022 strategy, what does De Neef see as the main challenges and opportunities on the horizon?

“Maybe the workload will be the challenge, but I see only opportunities,” he says. “We have a growing industry, new management, a new shareholder and the resources to deliver our ambition. The future is a new world for Carlson Rezidor.”