In a dining scene experiencing constant reinvention, shifting guest demands and a shortage of adequately skilled labour, an ability to design both restaurant and kitchen spaces that are simultaneously appealing environments and easily reconfigurable is a must. Patrick Kingsland hears from food and beverage directors, and kitchen designers, about the opportunities that arise from meeting this challenge head-on.

In the hotel trade, restaurants come and go, as culinary trends, customer demands, star names and owner whims can be as quick to turn as last week’s fish delivery. Within this environment, one must future-proof the restaurant and kitchen, driven by the knowledge that, while that future is impossible to predict, particularly where restaurants are involved, the one certainty is uncertainty. What was once a steakhouse may soon be a sushi bar, therefore, remaining flexible enough for continual adaptation, both front of house and back among the brigade, is vitally important.

“Guests are increasingly better informed and educated, and trends are changing more quickly, which means we need to have an interesting and continually evolving product offering,” agrees Brett Hercock, manager of London’s Park Plaza Hotel Riverbank and formerly F&B director JW Marriott Grosvenor House, which boasts one of the most complex and large-scale F&B operation in the UK capital.

“London is also increasingly competitive when it comes to dining out, so it’s very important to keep critiquing our offering to make sure it’s relevant,” says Hercock.

Some of the most successful elements of Hercock’s seven-year stint as F&B director incorporated such evolution, including the Bourbon Bar, located in the popular JW Steakhouse. The bar boasts what Hercock and the team like to think is the best selection of bourbons in the city, including some prohibition-era varieties. The 2016 relaunch of the Park Room – a space used for afternoon tea, à la carte options and cocktails – rejigged its design celebrating the hotel’s heritage, taking inspiration from its proximity to Hyde Park. The hotel even worked with the Blackdown Distillery to create a bespoke brand of Serpentine Gin just for the Park Room, using botanicals found in and around Hyde Park.

But finessing and re-energising existing offerings is quite different to a complete overhaul, a process that provides unique challenges and opportunities all on its own. Faith must be shown in the concept, while also acknowledging that it is yet to be road-tested, and that an unsuccessful launch will often see investors and owners reviewing their options remarkably quickly.

Daniele Colombo has been food and beverage manager of Rome’s Hotel Eden, a member of the Dorchester Collection, since 2013. Three years into Colombo’s time there, the hotel closed for a major refurbishment and Colombo saw this as a great opportunity to create an F&B offering more in line with the changing guest demands and expectations.

“The concept of travel has considerably changed throughout the past few years, and besides wandering around the city and admiring its beautiful landscapes, travellers were more interested in experiencing local and authentic food,” Colombo says. “Prior to the closure of the Hotel Eden, I had personally noticed that our guests were getting increasingly curious about what was outside.”

For this reason, when one of Rome’s most iconic hotels reopened its doors, it was with a new, improved F&B concept, spread over three different areas that changed throughout the day. “We wanted to enhance the guest experience, and offer a variety of food and drinks, as well as different ambiences,” Colombo explains.

Il Giardino Ristorante & Bar is the most dynamic part of the F&B department, according to Colombo, and a ‘must visit’ for the hotel’s local clientele. “It starts early in the day with a rich buffet breakfast, followed by an all-day dining menu including Roman and Italian dishes, as well as a selection of sharing platters, tapas and pizza,” Colombo notes.

“The informal and relaxed ambience of the day then transforms, and gets cool and vibrant in the evening, especially at aperitif time with locals and travellers gathering with colleagues and friends while sipping a good cocktail, fine wines and premium spirits.”

Elsewhere in the hotel, Michelin-starred La Terrazza, located on the same floor, was in operation prior to the restoration, but underwent significant change both in terms of design and culinary philosophy. During the hotel’s closure, the property’s Michelinstarred chef Fabio Ciervo studied nutrition, developing a personal culinary approach focused on art, wellbeing, innovation and healthy cooking techniques, which infuse Mediterranean dishes created from seasonal ingredients with a healthy, modern twist.

The F&B concept was created while always keeping in mind the importance of attracting hotel guests and locals, and meeting both groups’ rapidly changing demands. “The role of the F&B director has changed,” Colombo believes. “We always have to come up with new ideas, to listen to our guests, anticipating their needs and desires, and search for new trends with the aim of offering them a new, exciting food and beverage experience.”

Let there be light

But while one must listen to the guest, what about the brigade? Front of house continues to undergo regular transformation, but it can often seem as though the kitchen has remained in the dark ages from a design perspective. The trend for open kitchens – a concept not universally popular among those wearing whites, it should be acknowledged – has forced some reconsiderations surrounding kitchen design, but working conditions are still all too often an afterthought, with serious expenditure saved for those elements visible to paying diners and restrictions concerning space and location, often forcing significant compromises when it comes to creating a healthy, pleasant environment for staff.

Chef well-being is now under greater consideration than ever before, but there remains a great amount of distance to cover. “I started as a chef in Claridge’s in London in the 1980s,” Helge Pahlke of K-Drei recently recalled at a roundtable event on the future of commercial kitchen design, organised by the FCSI and supported by Eloma. “The kitchen was in the basement, there were no windows. You’d start in the morning when it was dark. You’d leave in the evening when it was dark. But there is a change coming. Kitchens will have more light, they will be more open – maybe not to the restaurant, but open to light.”

“If you provide a nice work place – where ventilation is fine, where you don’t have so much heat – you will win because you will build a team who wants to stay with you because you care about them,” agreed food service consultant Alexander Hoffer, CEO of H44.TEAM.

“Paying attention to the people who work with you and not the numbers is a difficult sell, because the owner is often the investor. I try to explain to my customers: ‘Okay, I know this is maybe a big investment right now, but do it because in the future you will be repaid what you invest and maybe more.’”

One way of managing that well-being, and overseeing F&B operations more generally, will come through digital transformation, with far more information available, not only about guest habits and requirements, but also staff health and productivity. Hercock is keen to emphasise that the F&B director of today needs to be up-to-date with not only food and drink trends but also with the latest available platforms and the benefits they offer.

“F&B is still a huge part of delivering an excellent event, but we also have to think much more now about the technical infrastructure and connectivity,” he notes.

It is just one way that the role of the F&B director is changing and the challenge of staying up to date with both kitchen and front of house trends, and innovations can be daunting. Damien Largeau, who recently took up the position of restaurant director at Terre Blanche Hotel Spa Golf Resort, following eight years with Le Bristol in Paris, likens the position to that of an orchestra conductor, working behind the scenes in order to ensure the various changing demands are met, while always supporting those who are ultimately responsible for its delivery.

While the music one hears front of house is regularly cutting edge and inventive, the tunes being played away from public gaze are all too often caught in something of a time warp. As an increasing number of operators lament a shortage of suitably skilled kitchen staff, working conditions and kitchen design will become an increasingly significant metric in positioning oneself as an employer of choice, creating a symphony that appeals to diners, chefs and operators alike. 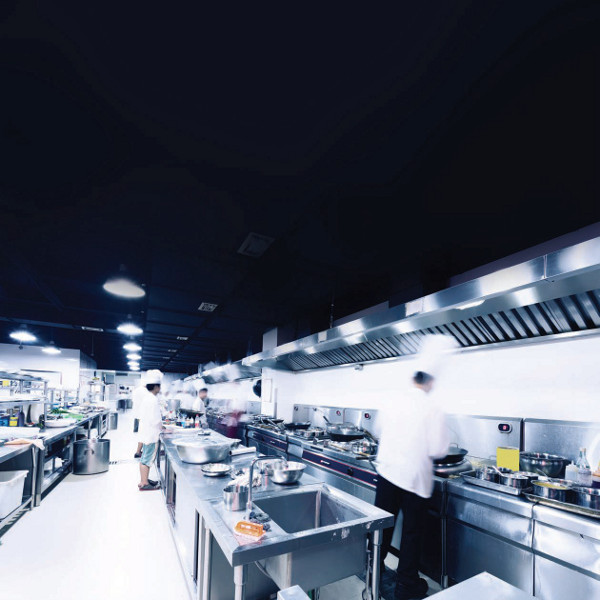 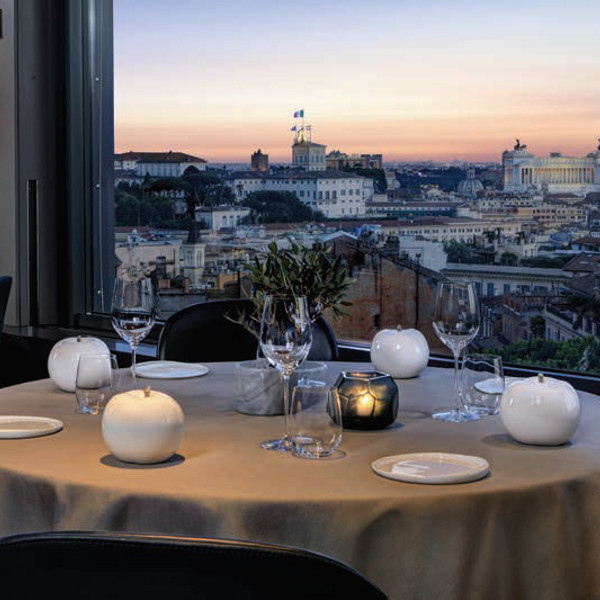