Last year, Radisson Hotel Group (RHG) proclaimed it wanted to become one of the top three hotel operators in the world. It seemed a wildly ambitious statement of intent, but events over the period since suggest the company is charting the right course. Andrea Valentino talks to Elie Younes, executive vice-president and CDO at Radisson Hospitality, about where new development is focused and how a new ownership model could push it up the hotel league table.

It has been a busy few years for Elie Younes and his colleagues. Early in 2018, his company rebranded as the Radisson Hotel Group (RHG). The new name was indicative of closer cooperation across brands, with a global steering committee keeping an eye on operations across Europe, Asia, Africa and the Americas.

From the beginning, executives were eager to project confidence in the new scheme, outlining plans to transform RHG into “one of the top three hotel companies in the world”.

Around a year and a half ago, RHG was not even in the top 10 biggest global operators, but the top three ambition was framed as being as much about reputation as scale. Now, however, it’s not crazy to wonder whether the company can have both. Late last year, new owners came on board in the form of Jin Jiang, the state-owned Chinese hospitality giant.

Work is already under way to brand some Radisson hotels jointly. More to the point, the takeover could shoot the brand near the top of the hotel pecking order. Though RHG and Jin Jiang are, for the moment, being kept separate, uniting them would create the second-largest hotel group on earth.

One step at a time, Younes insists. As the executive vice-president and CDO of Radisson Hospitality (the EMEA arm of RHG) explains, that ‘top three’ claim was less about pure statistics and more a philosophy of doing business. “What we wanted to change was perception,” he says. “Every time a hotel owner or a guest or an employee want to invest in a hotel, stay in a hotel or work with a hotel company, we wanted to be one of the top three companies they’d think about.” And what they think about are brands positioned in the luxury, upper upscale, upscale, mid-market, lifestyle and residence segments. There has been a foray into the economy space, though that situation is currently in flux – more of which later – but the overall vision has been to offer owners, investors and guests a portfolio of options that optismise property performance, enhance guest experience, and enable RHG to harness any and all new development opportunities.

The results are there for all to see. 2018 was the company’s best year on record, in no small part down to the efforts of the development team. For context, between the beginning of April and mid-June, RHG has announced properties in London, Paris, Niger, Poland, Latvia, Turkey, Cyprus, Austria, Italy, Algeria, Saudi Arabia, Madagascar and Uzbekistan.

What Younes calls ‘attitude’ is certainly vital to keeping guests and investors happy. But even the CDO admits he does far more than simply change perspectives. After all, his development team are the “architects of the future business landscape of the company”.

While RHG might not be competing with Hilton or Marriott in terms of numbers just yet, it seems fair to agree with Younes that the operator is ‘walking the walk’ to match its ambitions. But as Younes himself knows only too well, opening the doors and welcoming guests is actually the last stage of the development process. First you need to attract investors and work with hotel owners.

To make his point, Younes picks up on ‘every moment matters’ – an RHG motto usually associated with front-of-house service. “Our job, in the organisation generally but specifically in development, is to make sure that the owners have pleasant journeys with us,” he explains. “This interacts with ‘every moment matters’ in terms of how we deal with these partners, not just the guests.”

In practice this has meant adapting to a changing market. With 30–35% of hotel growth now funded by institutional investors, RHG is increasingly working with some of the most conservative forms of money around. To put it another way, many backers now expect fixed returns on their investments, and are reluctant to take unpredictable franchises out on new hotels.

As a result, RHG has moved towards an ‘assetright’ model, signing more lease agreements with owners, part of what Younes calls its “pragmatic, approachable, result-oriented” owner value proposition. Given that 60% of Radisson partners now own more than one hotel, they would probably agree. Not that the dangers of taking on leases seem to worry Younes either. After all, the past two years have been the best ever for RHG accounts, and fourfifths of its hotels are still run through franchises and management contracts.

“Taking too little risk is as bad as taking too much,” he says. “What we have now is the right plan for the best returns on investments.”

The new bosses probably boost his confidence – Jin Jiang enjoyed revenue of over $8.6 billion in 2017. Younes is excited on other fronts too. Aside from the plans to co-brand some Radisson properties with Jin Jiang – which is sure to lure wealthy Chinese visitors – he is impressed by their logistical know how.

“Prizeotel is as important as any of our other brands. It’s a fantastic brand with a great value for owners, investors and guests.”

“There are a lot of opportunities to explore together,” he explains, especially when it comes to “back-of-house, optimisation and resources”.

This, he adds, could spur growth, as sharper productivity attracts more hotel landlords.

60%
Of Radisson partners now own more than one hotel.
Radisson Hotel Group

Grow by leaps and bounds

The launch of RHG and its new brand architecture – as well as the arrival of new owners with their own hotels – has the potential to create several opportunities. According to the CDO, the company rebrand and the launch of the new brand architecture have been key for the group’s organic growth. “Creating clear brand propositions that resonate with different types of guests and which are relevant to owners have allowed us to build on Radisson Blu’s leading position within Europe and diversify our portfolio,” says Younes. RHG has overseen the expansion of Radisson Collection – a brand that leverages on the network of Radisson Blu and gives owners and guests access to individuality, uniqueness and authenticity. Launched in 2018, the team enabled the growth of the luxury brand to around 30 properties in less than 2 years in key gateway cities such as Paris, London and Rome. Additionally, the Radisson RED brand is also seeing good traction, with recent signings in Madrid, Liverpool, Warsaw, Vienna and Tbilisi.

The arrival of another economy operator in Jin Jiang has called the Prizotel licensing agreement into question, with Younes expecting more clarity on the situation later this year. In the meantime, he is keen to pour oil on troubled waters. “Prizeotel is as important as any of our other brands,” he emphasises. “It’s a fantastic brand with a great value for owners, investors and guests. It has grown from three hotels to more than 20 today. Its journey has so far been very good.”

The situation emphasises the need for clarity and, whatever happens with Prizeotel, Younes is unlikely to run out of work. Though about 50% of its pipeline is aimed at mature markets – Italy, Germany, the UK – the operator also has its gaze set beyond the old European strongholds. For example, RHG recently announced a portfolio of six hotels in Egypt, finally recovering from the Arab Spring and its chaotic aftermath. All told, the group has around 40 hotels under construction across Africa, building on the significant successes Rezidor enjoyed in the region.

The Middle East is another area of interest. RHG has a pipeline of 24 hotels in Saudi Arabia alone, adding to the 19 properties it already operates in the kingdom. In Istanbul, moreover, it is opening a 169-apartment residence.

You might think that with so much on his agenda, Younes has little time to step back and take stock. In fact, the Radisson veteran of nearly a decade is keen to reflect on his successes, in particular praising his team and their “quick adjustment” to the rebranding and new development goals.

“They were able to collectively embrace the new strategy,” he says. “It was easy to say ‘here is the new strategy’, but we needed people to embrace and execute it. This is something I’m very proud of. From a results perspective, I’m very pleased with the new landmarks that we’ve been delivering. Over the past 18 months, the team has created a legacy for the future.” 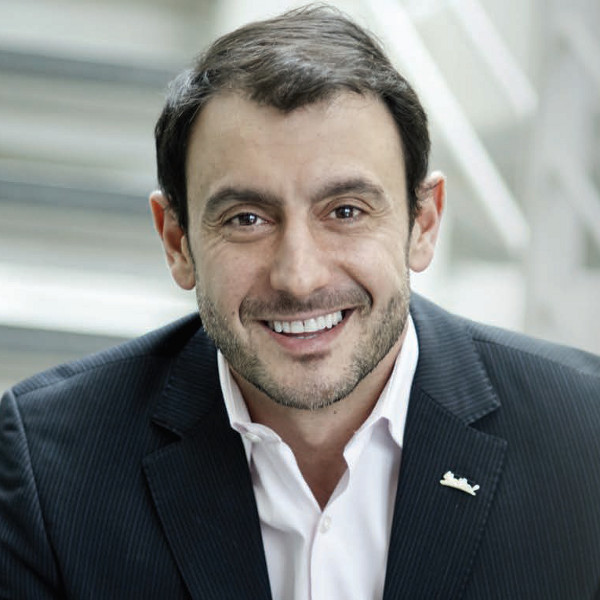 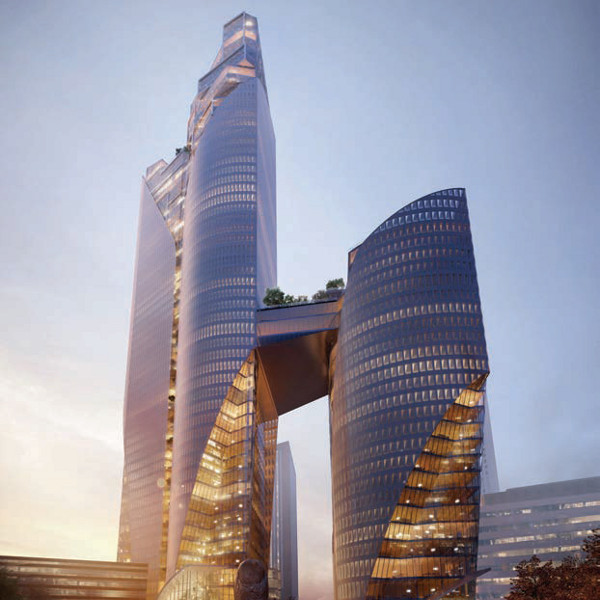 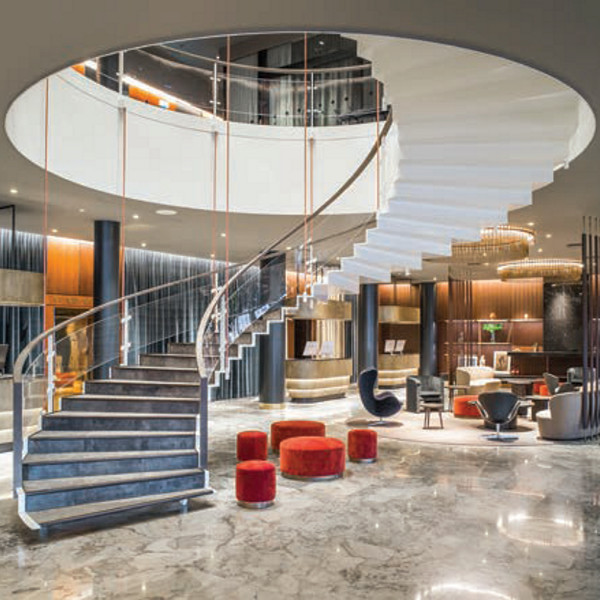 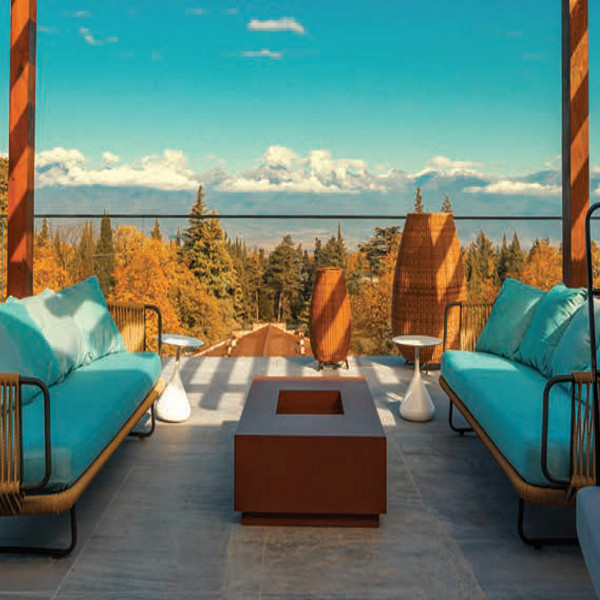