Having joined Meliá in 2002, Palmiro Noschese has spent the last seven years as the brand’s area manager for Italy. He won the 2013 Italian Hotel Manager of the Year award and is also a finalist for the much-coveted pan-European prize.

I grew up in a middle-class family in a small town in Salerno, southern Italy. My father was a local civil servant and my mother a housewife. There's a very strong culture of hospitality in that part of the country - so, in a way, it's always been part of my DNA. My parents and sister are the same, despite working in different jobs.

Though I live in Rome now, I still have a very good relationship with my birthplace. Whenever I go back, my friends call me and say: "Palmiro, let's go and make a pizza together!" I also received the local Premio Centola award in 2003, making me an honorary citizen. I don't know if I'll ever move back - never say never, though. After secondary school, I opted for a technical education focusing on tourism and hospitality. Once I'd obtained the final diploma, I began working in hotels. At first it was mainly small properties near Pisa, where my then girlfriend, Vincenza (now my wife), was studying medicine.

"There's a very strong culture of hospitality in Salerno – so, in a way, it's always been part of my DNA."

Step by step, I gained experience and my career started taking off. I began to take on more senior positions for bigger companies and chains, including the Villa d'Este Group's Hotel Barchetta Excelsior in Como, one of the cities I love most in the world. I spent about five years there. It was the first time I was alone, the number one, which was a great experience for me. It's also a very romantic city - it's the birthplace of my two daughters. Whenever I come back, it's always very emotional. I've even been known to cry when I leave again.

My appointment to general manager of the Meliá Roma Aurelia Antica in 2002 marked the start of a new phase in my life. I'm now area manager for Italy, a position I took up in 2006, which involves supervising and coordinating Meliá's Italian properties and delegating development. In 2012, I was also made responsible for Italian global sales.

I strongly believe, and here I'm boasting a little, that the atmosphere at Meliá is largely down to my work philosophy. I place great value on teamwork, ensuring the people working for me are highly motivated. I'm also a very emotional man. My motto has always been, 'be the captain of the ship', and devote the same attention to both human and economic resources.

For many managers, the main challenges in running hotels relate to revenue results or customer satisfaction. But I believe the most important hurdle to overcome is striking a balance between 'external satisfaction', or fulfilling our duties to the customer and the company, and 'internal satisfaction', which relates to personal motivation and our contribution to business success.

Finding a good work-life balance is certainly difficult. I have a wonderful family, including my wife and three children (Marta, 17; Giorgia, 14; and Gianmarco, 11), who've always supported me in moving from one city to another. My job involves a lot of travelling, but spending time with them is sacred to me. When I can, I take them all for a getaway in Italy or Europe, or for longer holidays overseas. I find my creativity and career development are very closely related to personal fulfillment. 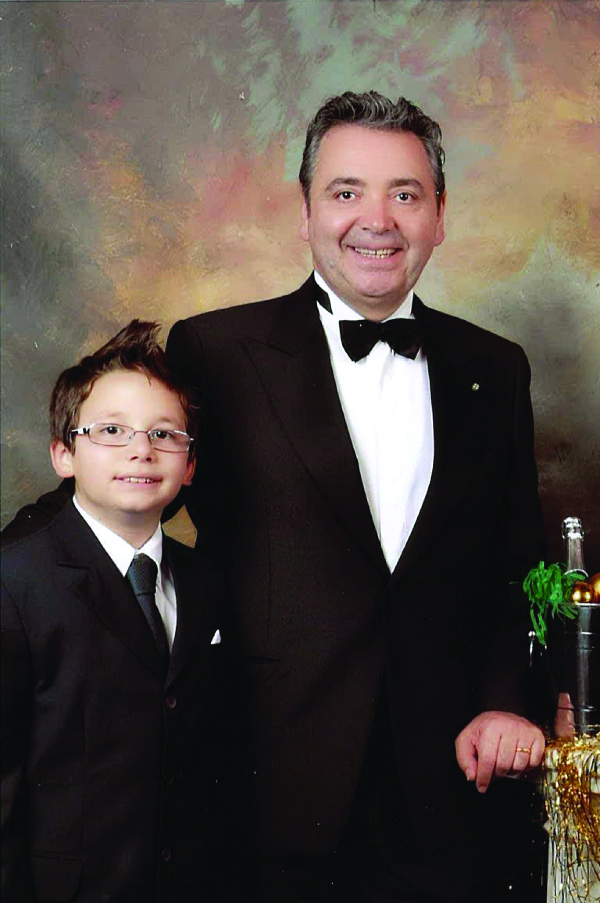