The ever-changing story of the general manager

As destinations reopen for international visitors, the general manager is under pressure like
never before – whether it’s from owners seeking the rapid return of revenue, staff re-entering the workplace after months of furlough or unemployment, or guests, whose shifts in fears and desires are still being somewhat second-guessed. Will Moffitt speaks to Ezio Indiani of Milan’s Hotel Principe di Savoia; Nicholas Davies of the Langham in London; and Michael Kain, the newly appointed GM at the Steigenberger Bad Homburg, about rising to these challenges and potentially redefining the general manager role in the process.

Milan’s iconic Hotel Principe di Savoia has long been a haven for business travellers, politicians and diplomats in search of a little luxury at the end of a long hard day. Henry Ford and the Prince of Monaco enjoyed its services from time to time and, with the La Scala theatre located nearby, so did Charlie Chaplin and Woody Allen. First opening in April 1927, the neoclassical hotel was developed by Milanese architect Cesare Tenca and the building has long been seen as a landmark in a city built on lavish aesthetics and untrammelled glamour and wealth. But it is also a place of toughness and durability – a hotel that has weathered not so much storms as era-defining geopolitical events, all while serving its guests to the highest standards.

In March 2020, however, as Covid-19 spread and Italy went into lockdown, the hotel closed its doors for the first time in 90 years. For Ezio Indiani, general manager of the Principe for over 15 years and president of the European Hotel Managers Association, it was a step into uncharted territory.

“We didn’t know when we would reopen,” Indiani says. “First it was May, then it was the beginning of July, and then it was postponed because the situation was going from bad to worse in other countries.”

A period of rapid adjustment ensued. Financial measures to help the hotel cope with the burden of no business were introduced. Zoom calls become a staple part of hotel communications as Indiani sought to put furloughed staff at ease and reassure them that their jobs were protected. It was an uncertain time, but also a formative one that has brought staff closer together as the property has been up and running since 31 August 2020 – albeit at reduced capacity.

“We used the lockdown period to keep the team in shape,” says Indiani. “We had an endless number of conference calls to keep the team motivated at every level… [Before the pandemic] we used to do calls twice a month, but in March, April, May and June it was once a week.”

For Indiani and other hoteliers, the challenges posed by the pandemic mark a new chapter in the everchanging story of the general manager, albeit with a plotline few could have predicted. It’s a pressurised role that has only got more demanding in recent years as the sheer breadth of responsibilities and specialities has evolved, with GMs simultaneously adapting to unexpected challenges and guest demands, while also getting to grips with new technologies. “The role involves everything these days,” says Nicholas Davies, general manager at the Langham, a historic luxury hotel in London’s West End. “I could be in the lobby helping people, giving them directions or taking an order in the restaurant. I could be showing someone to the lift or taking their luggage or looking at the finances in the back office.”

With the latter in mind, Davies believes that a GM shouldn’t spend too much time number crunching, as there are other aspects of hotel management that need be carefully monitored.

“You need to look at the figures, of course, but you also need to build a team that you can trust,” he explains. “If you’ve got an amazing revenue manager with a great understanding of the market, then you just need to make sure you’re keeping things ticking along.”

The role took on a different guise in the lockdown period as hotel managers were separated from staff members for five to six months while wrestling with their own anxieties over when life would return to normal. For Davies, much like Indiani, lockdown was an exercise in positive communication, using remote communication platforms, and ensuring staff continued to feel valued and part of the hotel team during these testing and uncertain times.

“It was about making sure that we’re telling people what’s happening and keeping them involved, because some members of staff might be in a flat on their own and that’s a pretty lonely place to be,” Davies says. “We did exercise classes online, pub quizzes and chats. We just tried to communicate with the team as best we could.”

Not only was lockdown about maintaining a communal spirit, but also preparing staff – many of whom were accustomed to traditional ways of working – for a raft of new health and hygiene measures that have now forced the GM to add part-time epidemiologist to an ever-larger collection of responsibilities. As hotels open their doors after many months without customers, and social distancing and sanitation protocols are now staple parts of the experience, Davies talks of the importance of managing staff expectations.

For Davies and the Langham, the reopening took on an even greater significance. Not only was it a “rusty” return to business after a five-month hiatus, but the period also marked the hotel’s 155th anniversary – it was London’s first hotel to have moving elevators and running water. “A lot of our staff were so happy to come back to work. They’re very emotional and attached to the place, but you’ve [got to] just keep saying, ‘forget about what we used to do, this is what we’re doing now,’” Davies says.

General managers also need to anticipate the fears, desires and expectations of guests, especially those clients returning to the hotel who are unaccustomed to the new health and hygiene protocols. For Indiani, overseeing the reopening of the Principe di Savoia – a hotel renowned for its opulent decor and personal service – has largely been about maintaining a delicate balance between making guests feel safe and secure, but not overexaggerating that aspect too much.

“We don’t want the client to come in and find a clinic instead of a hotel, but at the same time we want to protect people,” he says. “We have a lot of protocols in place to guarantee the safety of everyone coming to our establishment, it’s just about doing it in a very discreet way.”

Things get even more difficult in countries such as Germany, where health and hygiene restrictions vary according to provincial law, meaning that managing guest expectations invariably also involves educating them on how certain policies differ according to hotel location and dealing with disgruntled guests who dislike these discrepancies.

“The rules are changing every fortnight, so we have to be able to adapt,” explains Michael Kain, newly appointed general manager at the Steigenberger Hotel in Bad Homburg near Frankfurt. “We are facing many challenges because the regulations are different in each of the 16 states of Germany. If someone comes from Bavaria they might be used to a different set of regulations than we have here in Hesse, for example.”

For Kain, who has been in the hospitality industry for 40 years and previously ran the Steigenberger Grandhotel & Spa Petersberg, the demands brought about by Covid-19 mark yet another shift in the evolving role of the GM. “The role is always changing; when I started in the hotel business, the most important thing was that the kitchen was good and that we had good service, and that is still the same,” Kain says. “But technology has transformed the role of general manager dramatically.”

It’s a position that has always demanded the ability to juggle tasks, but for Davies being a good GM is about being a leader, setting a clear example for the rest of the hotel staff, building a “great team around you” and, crucially, knowing when to delegate. As hotels deal with new and evolving requirements, Davies argues that – for all the talk of novelty and change – the pandemic could mark a transition back to basics for the GM, particularly in the luxury segment where empathy and sociability are now more important than ever. A human touch might no longer be a literal possibility, but personality is still key.

“Ultimately, it’s human interaction that people are buying into. You can go to any five-star hotel in London and there will be lovely rooms and nice restaurants, but what makes a difference is that doorman called Neil who everyone loves and always says hello,” Davies says. “There’s a lot more competition now, so it’s about really homing in on personal interactions.”

Similarly, for Indiani, it’s crucial in the current climate that a focus on big data and number crunching doesn’t kill the personal side of the hotel industry. If lockdown has taught him anything, it’s that new technologies can help GMs get closer to their staff.

“Being close with your clients and looking after people are skills that don’t change, but [at the same time] we need to utilise new technologies and new ways of working and speaking to people,” Indiani says. “That is the greatest asset that we have as general managers: the ability to be connected and be closer to people.” 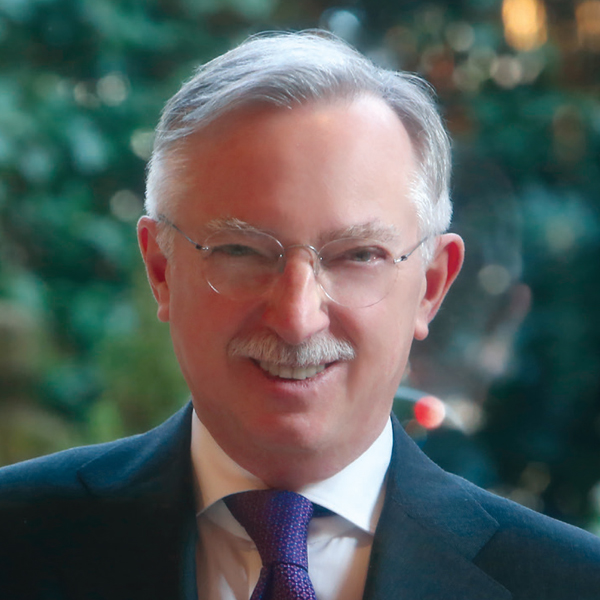 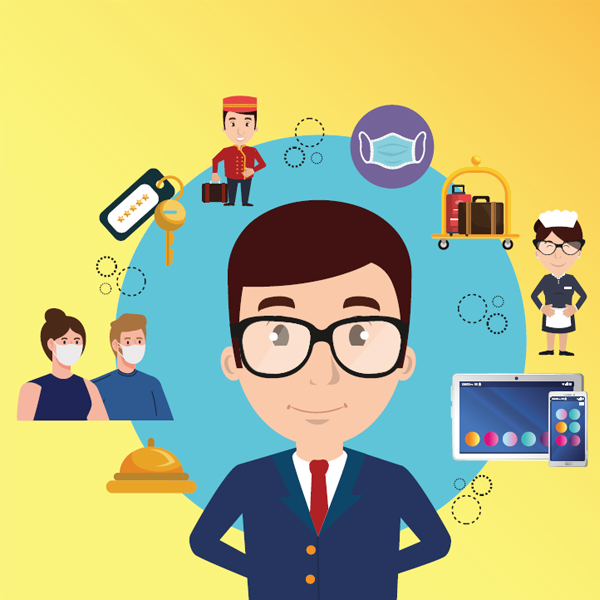 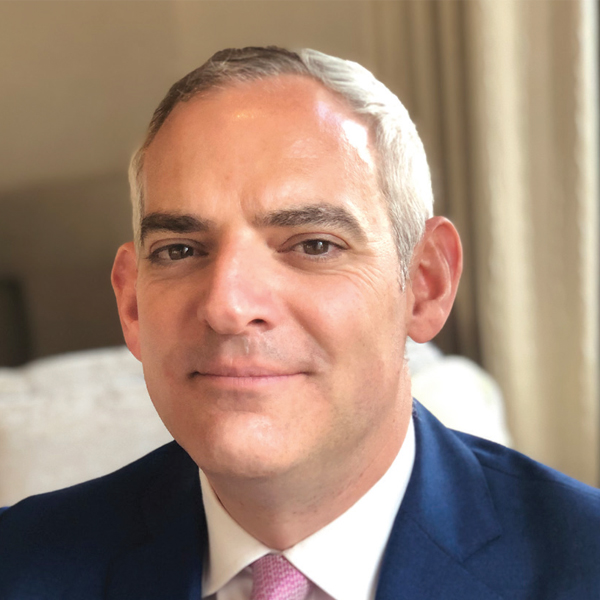 Nicholas Davies of the Langham in London. 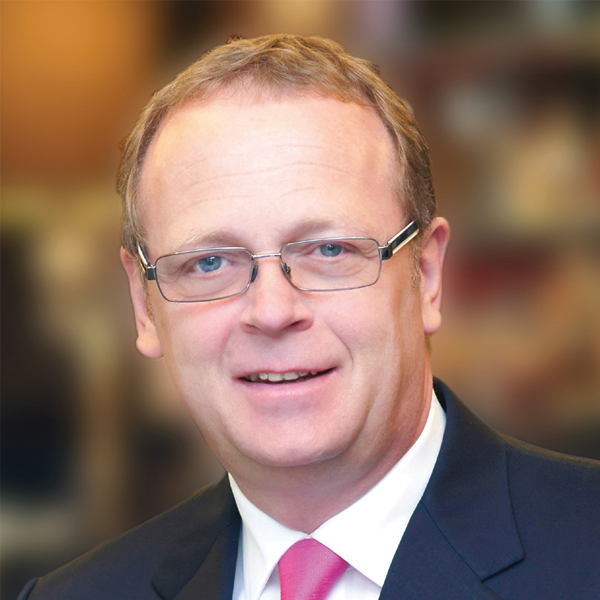 Michael Kain, GM at the Steigenberger Bad Homburg.
Post to: