The circle of lifestyle

Following the acquisition of Morgans Hotel Group in 2016, and entering into a strategic partnership with Accor in 2018, sbe founder Sam Nazarian has some big plans for growing in the global lifestyle space. He speaks to Phin Foster about ambitions for Europe, his unique proposition for development partners and why he wants to control the entire hospitality experience.

A 26 year-old tech entrepreneur with no formal training in hospitality is significantly disrupting the industry, offering owners and guests something genuinely, startlingly new. Only in 2019, right?

Well, no. Ritesh Agarwal’s rise, and Oyo’s remarkable claim to already be the world’s second-largest hotel chain, has not necessarily found an appreciative audience among his more traditional peers, but there is one hospitality leader who might see something of a kindred spirit in the precocious Indian billionaire. After all, Sam Nazarian was just 26 himself when he founded sbe in 2002, having, like Agarwal, identified a gap in the market that established players were failing to fill.

It says a lot about Nazarian that one can identify a disparate array of shared traits in a disparate array of hotel leaders. Like Agarwal, he is fiercely entrepreneurial and willing to challenge the status quo. Like Ian Schrager, the founder of Morgans Hotel Group, acquired by sbe in 2016, Nazarian believes that hotels should sell an entire lifestyle, rather than merely a room for the night. And, like AccorHotels CEO Sébastien Bazin, who purchased a 50% stake in sbe in 2018, he seeks constant reinvention and innovation in a fiercely competitive, ever-changing landscape.

Nazarian controls the remaining 50% of sbe, the vision for which remains remarkably similar to its founding principles. The group prides itself on selling a ‘full circle lifestyle experience’, offering not just hotel brands, but also residences, spas, restaurants, bars and nightclubs. From Des Moines to Dubai, ‘lifestyle’ is the industry mot du jour, but Nazarian has long been one of the true innovators in this space.

Just back from Europe, a market for which sbe has very big plans, and ensconced in his Hudson New York property, Nazarian seems lightly amused by some of the plays more traditional operators have made for the lifestyle space – “hire a designer, call ourselves ‘lifestyle’” – clearly viewing the cultural shift through the prism of opportunity rather than competitive threat. He was in London for the launch of EllaMia at his St Martins Lane Hotel, a coffee shop concept named after his two daughters that works as a useful case study for how he seeks to harness it.

“A lot of our peers are great brands on the hotel side, but F&B is something they shy away from,” he begins. “They bring in third-party operators, but we feel what makes you truly ‘lifestyle’ is the ability to fully control the experience, developing and delivering innovative brands within the four walls of your property that addresses the needs of guests, the surrounding community and owners.

“EllaMia is not so different to other gourmet coffee shops, but, importantly, it’s now part of our portfolio of brands. We didn’t create it specifically for St Martins Lane; it was developed as a global brand. A meticulous amount of time and energy and thought goes into that process, innovating [and] addressing what’s missing and then delivering brands that respond to that need.”

The concept of ‘360° control’ was inspired by Nazarian’s early experiences as a hotel investor, having initially made his money in the world of telecommunications. He recalls his involvement with Viceroy back in the late 1990s, specifically a 470- room development in Santa Monica. “I was struck by the complete lack of accountability,” he says. “We paid the hotel operator a fee. We spent all this money building a restaurant and then brought in a husbandwife team to run things. We had a bar operator, a pool operator; there were so many verticals that were not accountable to each other, both from an operational and a guest perspective. My ambition became to bring all these different elements under one roof.”

Early industry reaction sketched Nazarian more as local curiosity than international visionary. “I look back to the articles written at the time,” he laughs. “They’re all the same: ‘Who is this young guy going out on his own and why is he doing it in LA of all places?’ But the idea was there from the beginning: creating an ecosystem, giving a community multiple options within the city. The headlines were all about ‘unlocking the city of Los Angeles’. That’s what we did, but now we’re trying to do it globally.”

This idea of cluster development – opening multiple properties and brands within a single market – has been fundamental in enabling sbe to build and sell the full lifestyle experience, with obvious appeal for both customers and owners. The idea is to generate buzz, rather than chase it, a mindset that further differentiates it from other multi-brand players.

“We look forwards, not back, and we recognise that lifestyle is about the culture of your organisation – everyone from the GM to housekeeping, representing and protecting that concept. It can’t be about being trendy,” explains Nazarian. “Does it still resonate one year, five years, 10 years later?”

He cites sbe’s first ever hotel, SLS Beverley Hills, being named as the world’s number one hotel at this year’s Condé Nast Traveler Awards, despite opening all the way back in 2008.

“What really matters is being named number one more than 10 years later,” he says. “It was the conversion of an old Meridien. It wasn’t a triple-A location – still isn’t. We didn’t spend $2 million-a-key, like some others, but the idea was always creating something timeless, not trendy. That’s how we judge success across all our brands – continued relevancy and profitability.”

The $805 million acquisition of Morgans Hotel Group more than doubled sbe’s hotel portfolio and had the potential to muddy brand clarity. Nazarian recognises this threat, but insists that there is plenty of space for all four, plus House of Originals, launched with Accor this year, to grow in an increasingly busy lifestyle space.

The pipeline of projects certainly backs this up, with almost 20 SLS, nine Mondrian, five Delano and two Hyde properties currently under development – and plenty more to follow. Nazarian says the MHG acquisition has enabled SLS to remain true to his original vision for the brand – “a Rosewood or Four Seasons-lite”. Mondrian, he says, will soon be sbe’s fastest growing brand, and falls in the urban boutique hotel space. Delano, a luxury resort product, opens up further development opportunities. And Hyde, which sits around the four-star space, “offers developers and hotel-owners who want to deliver the sbe lifestyle experience at a more reasonable entry point”.

House of Originals, launched at IHIF back in March, speaks to the added muscle the deal with Accor has built. “It is such an exciting development because an independent hotel company generally does not have an association brand – a Leading Hotels, Luxury Collection or Autograph,” says Nazarian. “We’re able to give owners who want to self-operate or retain the identity of their hotel the toolkit to do so, leveraging our expertise and Accor’s scale.

“It may seem like a lot of brands,” he concludes. “But there’s method to the madness.”

Offering multiple entry points opens new doors and, as Nazarian grows the group internationally, he has noticed that what investment partners are looking for is changing markedly. “In Asia and the Middle East particularly, the developers I’m dealing with, often their families brought the first Ritz Carlton or Mandarin Oriental into the market,” he says. “Now, they want something that’s more relevant to their personalities and life experiences.

“Also, we may be 15–20% lower in rates to a Four Seasons, but we’re also 30% cheaper to build and the ROI [return of investment] is far higher. With our brand mix, they see they’ll get a lot more flow through and total revenue. We’re also the largest branded residential lifestyle company in the world, which helps in mixeduse projects. It’s about delivering better experiences and better margins for owners, without them having to sign multiple deals with multiple operators.”

While going into business with Accor should help with such opportunities globally, one gets the sense that it is Europe, and its trove of “unique, unbranded properties”, which particularly excites sbe’s founder.

“It is the perfect market for us to deploy our brands,” he says.

Nazarian alludes to three or four new branded hotels coming to London soon, two to three projects in Germany, “a major project” close to announcement in France and ongoing discussions in Switzerland and Spain. “We’re not a business that is ever going to get to 1,000 hotels,” he acknowledges. “Our goal is 50 by 2021 [the number currently stands at 28] and 100 by 2023. With the momentum Accor has given us, that is more than doable.”

The Accor deal required a degree of humility on both sides: Nazarian acknowledging the need for scale to accelerate growth, and selling 50% of his baby to achieve it; and Bazin recognising a requirement to import expertise in order to address a gap in his brand. The sbe founder is clearly impressed with his new business partner and it is interesting that he ended up with a European operator, rather than one from the US.

“As we grew, we began to ask ourselves how we could continue to deliver on the level of expectation our owners and customers had globally, and the only thing that made sense was bringing in a strategic partner,” Nazarian explains. “We spoke to IHG, Marriott, Hilton, but the conversation with Sébastien was entirely different: it wasn’t ‘how can we integrate sbe into Accor’; it was ‘how can sbe lead the lifestyle space with Accor’s help?’ He’s giving us the tools a global company needs to have, but is very specific when it comes to encouraging us to focus on doing what we have a track record for doing best.”

This focus on one’s core attributes is also why development will continue to be along asset lines – “the real-estate side of the business requires a completely different mindset” – but Nazarian does not entirely dismiss the possibility of demonstrating flexibility should it make the difference in securing a key strategic asset.

The management mindset differentiates him from some of his mentors and fellow pioneers in the lifestyle space. “Ian [Schrager], André Balazs and I were all owner-operators at one point,” he muses. “When they got into the management side, lost complete carte blanche and needed to get buy-in from owners, I think they found that transition from entrepreneur to thirdparty operator difficult. At some point, with Morgans, Ian threw up his hands and decided he was done. André... just didn’t find that excitement anymore.”

It is not an emotion Nazarian is struggling to access. Again, one can draw parallels between sbe’s founder and his industry peers, but, the truth is, there is nobody quite like him. As he leads his company into an exciting new chapter, the plan is very clearly to continue creating precedent rather than following it. 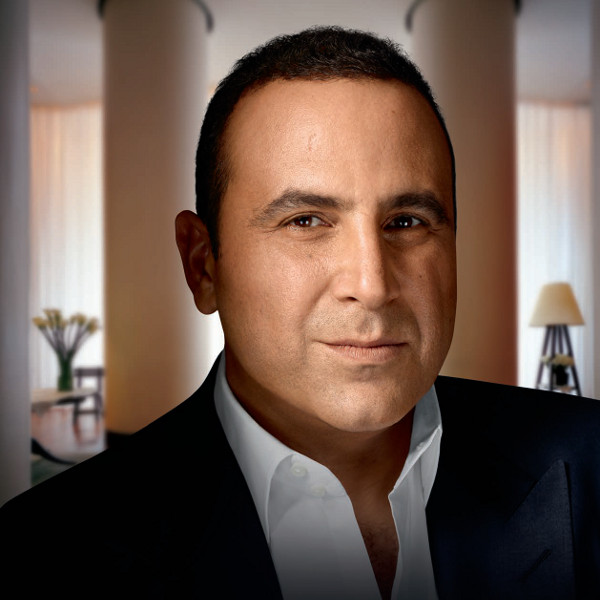 Sam Nazarian has big plans for sbe in the coming years. 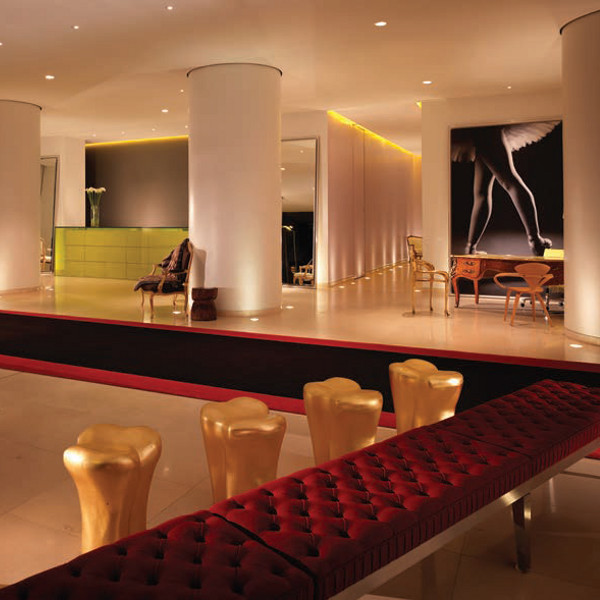