The green agenda is playing an increasingly dominant role across all aspects of the hospitality sector. While not all hotels in the Middle East are getting the message, those that have are among the most innovative. Green Globe CEO Guido Bauer, Iberotel’s Ashraf Helmy and CEO of Diamond Developers Faris Saeed speak with Rod James about building for a sustainable future, and the role GMs must play in driving environmental performance.

In 1990, Ashraf Helmy was managing tourist boats on the Egyptian stretch of the River Nile. He grew increasingly dismayed at the bags of refuse piling up on the banks, which over time began to spill into the river. He decided that something had to be done, for the sake of the environment as well as for the success of his business.

One of the main causes of these growing piles of rubbish was that most boats did not have onboard disposal facilities; the crew would store litter on deck and deposit it in the next port of call, often many miles away. Helmy became the first to fit his boats with garbage compactors and put in place a training programme for the crew on the importance of keeping the river clean.

"The scene made me think of how our kids and grandkids would end up with a river full of floating rubbish bags," he says. "This was the first thing that sparked [in me an interest in sustainability] - to see this problem and help to solve it."

Today, Helmy is the general manager and area business development manager of Iberotel Miramar Al Aqah Beach Resort, a luxury property located in Fujairah, one of the United Arab Emirates. The hotel is among the most innovative in the country when it comes to sustainable practices, and this is a direct result of the lessons its manager has learned over the years (and with the support of Iberotel, he is quick to emphasise).

Sustainability is very much ingrained in the hotel's operations. Energy consumption is reduced through the use of LED light bulbs and motion-sensing lighting in bathrooms and corridors, aerators fitted on to taps, and meters that monitor water consumption. There is a strong emphasis on collecting environmental data and setting numerical targets; all non-recyclable material the hotel accrues is measured and weighed so the staff have a benchmark to improve on.

Sustainability is a key component of training - to the point where, once a year, staff members compete to make the most impressive piece of artwork out of recyclable materials. There is then an auction, at which guests can purchase the creations. Suppliers (all local) are expected to adhere to the same philosophy, and even children that attend the kids' club are taught about the benefits of environmentalism.

Helmy admits that in the sustainability game, one must be willing to sacrifice up-front costs for longer-term savings, but clever deal-making can make a big difference. The Miramar, for example, signed a contract that would see all of its electric bulbs replaced with LED lights. The installation cost the hotel nothing up front - the company repaid its costs and collected a profit from the savings accrued as a result of the new lighting system.

"I believe that where there's a will, there is always a way," Helmy says. "If you are really involved in this [drive to be greener], you can find your way. You don't need big expenditure - it's always about using your resources more wisely."

Helmy's success is admirable and testament to great individual commitment. But it is also in some ways symbolic of how far the Middle East's hospitality sector has to go. With a few exceptions, the green agenda is largely being driven by individuals and management teams; it is not yet an integral part of company policy and operations across all properties.

Guido Bauer is CEO of Green Globe, which certifies hotels based on their green credentials, and regularly publishes new standards to ensure these credentials are merited. Of the 500 or so hotels that have been awarded Green Globe certification, only 15% are currently in the Middle East, although Bauer expects this volume to double by 2020 as more establishments come around to the idea. Right now, he says, there is the premier league and everybody else.

"They talk very well but they are not taking it anywhere," he says of the lower leagues, which include some luxury names among their number. "As in many other parts of the world, they think it will either go away or they just don't see the opportunity there. I'm telling you quite honestly that the whole thing falls and rises with the general manager - if the GM is sold on it and strongly believes in it, the hotel goes very far."

A few hotel groups have managed to move beyond this reliance on the general manager, and have put sustainability at the core of their policies and procedures. Movenpick has achieved Green Globe certification for nearly 90% of its properties worldwide. Jumeirah is not there yet, but the changes it has made since February 2014 are "nothing short of spectacular", in Bauer's words; in 2014, it gained more new certifications in a single calendar year than any other hotel group.

"They [Jumeirah and Movenpick] have internal systems in place - specific employees who only deal with sustainability. They have discovered that sustainability is a business, and a very good one. If you walk into a hotel, ask for the name of the sustainability manager and they give you one, it's a well-run hotel."

The sustainability discussion in the Middle East has tended to focus on small details - how hotels can make subtle changes that produce greener outcomes while having as little negative impact as possible on the guest experience. The new Hotel Indigo, to be built in Dubai by InterContinental Hotel Group, is quite different - a new build that will test an array of sustainable technologies on a large scale.

Announced in May this year and set to open in the first half of 2017, the 170-room hotel will be a net-zero energy building, fuelling 100% of its energy needs through solar power. All waste water will be recycled, and all material waste sorted at source and recycled. There will even be a solar-powered shuttle bus to ferry guests between the hotel and downtown Dubai.

The new Indigo (of which there are two under construction in the Middle East, the other one being in Riyadh) is part of the Sustainable City development - an integrated community that will include residences, a green school, a community and an equestrian centre, solar-covered car parks and an organic farm.

Dubai is to host Expo 2020, and the city's Department of Tourism and Commerce Marketing has plans to double the number of tourists visiting Dubai, from ten million in 2010 to 20 million. Faris Saeed, CEO of Diamond Developers, which is behind the project, believes that Indigo is just the kind of thing visitors will be after.

"The vast majority of these visitors will come from countries with high GDP, and it has been shown that these tourists are environmentally conscious and possess a high degree of sustainability awareness," he tells Hotel Management Middle East. "They want comfort and luxury, but they have certain standards and expect their vacation activities not to contribute to environmental degradation."

The project will not be cheap - Saeed describes the financials as the "biggest threat to its success" and the problem on which Diamond Developers has focused most of its energy. But with any luck, Indigo will be the brave, experimental first mover that fires the imaginations of other hotel operators in the region, persuading them of the commercial and environmental value of wholeheartedly embracing sustainability. Even if it doesn't, it is likely that necessity eventually will.

The region's hotels use tremendous amounts of cheap, readily available fossil fuels, not least because of the need to keep air conditioning at maximum capacity during the summer months. As the economies of these countries continue to grow, the current system of heavily state-subsidised oil consumption is becoming increasingly unviable - particularly as lower international prices lead to a reduction in government revenues from oil exports.

"Please don't get me wrong - it's not only about energy, but a whole set of policies; how they run things, who is checking what and who is doing what," Bauer says. "But a reduction of just 1-3% [from energy efficiency measures] equates to an enormous amount of money - they know that. They need to reduce their footprint because they cannot raise room rates into the unlimited space." 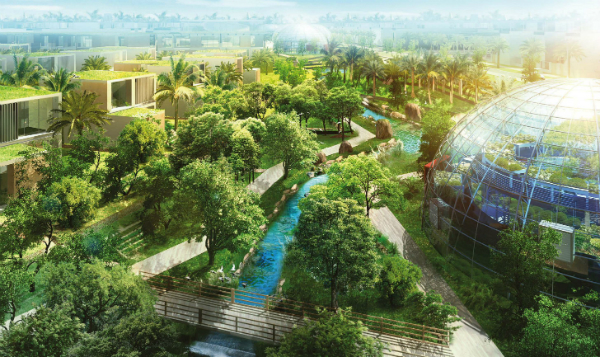 Dubai’s Sustainable City aims to be a regional leader in eco-tourism. 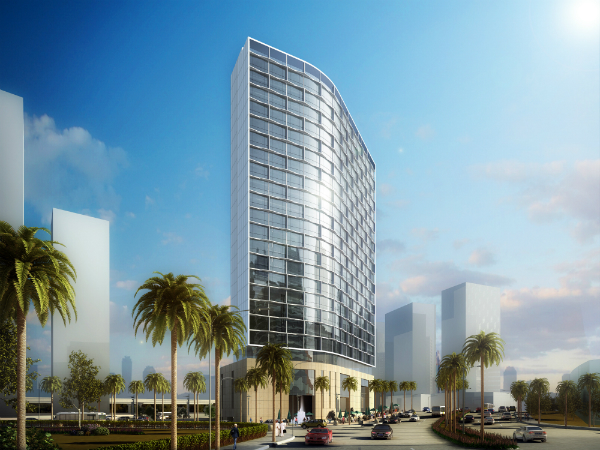 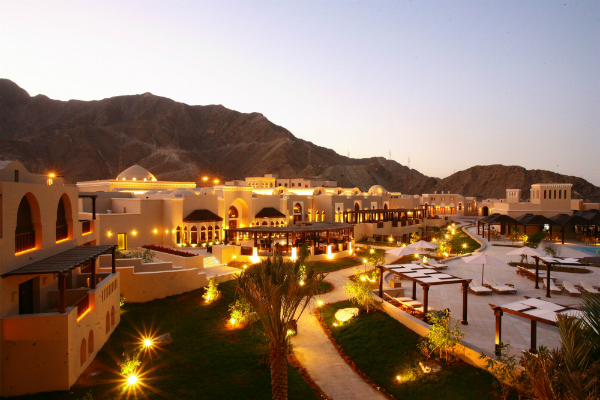