Solo female guests are a growing demographic for hotels. Once comprising barely a sliver of overall occupancy rates – a 1970 survey found that just 1% of business travellers were female – women travelling alone are now almost as numerous as their male counterparts.

Even in the parts of the world that are dominated by male travellers, it seems likely this won’t be the case forever. A 2013 Amadeus report predicted that the number of international business trips by women from the Asia-Pacific (APAC) region would quadruple by 2030. The opportunities for hoteliers are obvious.

Having said that, the industry has not adapted as much as might have been expected. Leaving aside discussions about amenities – a conversation that can too easily devolve into sexist stereotypes – there has been a relative lack of interest in women’s specific needs.

As Carolyn Pearson, founder of the women’s travel network Maiden Voyage sees it, what female travellers want above all else is to feel safe and comfortable throughout their stay.

With over 80% of travel purchasing decisions made by women, the potential to access this spend is enormous.

She believes that even as the gender split approaches parity, hotels can be less than relaxing environments for female guests.

“While Virgin Hotels and Hyatt have implemented initiatives at group level, we’re seeing surprisingly little awareness of an opportunity that is right under the industry’s nose,” she says. “With over 80% of travel purchasing decisions made by women, the potential to access this spend is enormous.”

A significant majority – 70.0% – said that travel providers should try harder to meet their gender needs, while 31.4% said they had encountered sexual harassment while travelling.

“One in four women have suffered a negative incident when travelling on business and 51% of women said that they have, at some point, felt vulnerable when staying in a hotel,” says Pearson.

“We regularly hear of women placing a chair, suitcase, ironing board and even a chest of drawers behind the door because they didn’t feel safe in a hotel.”

It is easy to see why a lone woman might approach her stay with caution. Over the years, there have been various well-publicised incidents sparked by a hotel’s security failures.

These have included sexual assault in hotel bedrooms, spying and surveillance equipment found in air vents, and women waking up to find strangers watching them in their beds. While such occurrences are mercifully rare, it doesn’t take an incident of this gravity to spoil a guest’s stay.

“The number-one pet-hate of guests – male and female – is having their room numbers yelled out at check-in,” says Pearson. “The other is the surprising and concerning frequency with which guests seem to be doubleallocated the same room. We have examples where each of these have led to serious sexual assaults, as well as more embarrassing incidents, such as the time a woman was relaxing in her bath until one of her male colleagues came in, having been allocated the same room – mortifying for both of them.”

Of course, it would be wrong to treat safety as a gendered issue. Crime affects men and women in equal measure, and there is no reason why male travellers should be any less concerned about security. However, women are disproportionately affected by sexual assault, and some can feel unsafe purely by virtue of being outnumbered. In certain business hotels, a 'boys’ club' feel persists even to this day.

According to Debrah Dhugga, managing director of Dukes Hotel Group, the hotel industry has work to do to improve female guests’ comfort levels.

“Hoteliers have to wake up and pay attention and think about what they could do for women travelling alone,” she says. “Women in general do feel a bit more vulnerable, but it has to be done in a way that ensures they don’t stick out from the crowd.”

Some commentators have bristled at the idea that women might like special treatment. A 2013 Condé Nast article asked whether female-oriented hotel rooms were "insulting or ingenious", and wondered how offended women travellers should be. But as Dhugga explains, it’s important to ensure that guests feel they have a choice. The Duchess rooms are based on market research coupled with her own experiences as a business traveller.

“I’ve travelled around the world a lot and I get frustrated at the things that might not be in the room for a female traveller,” she says.

“When I introduced the Duchess Rooms to Dukes London, our female business grew phenomenally.

"It was unbelievable, so we went a step further in Dubai, and worked in partnership with Liberty London to fit out the Duchess floor. I’m in hotels a lot of my life, and very few other people do it.”

In terms of what women want from safety, Dhugga says the room placement is important – it’s all about ease of escape. Duchess Rooms are also tended exclusively by female staff – it would be a woman showing you to your door or providing room service – and guests can take advantage of a quiet corner table in the dining area, to avoid attracting attention when dining alone. Dukes Dubai goes one better with a women-only breakfast room.

Dukes is not the only hotel group to have designated female spaces or services. In 2011, Hyatt launched ‘Hyatt for Her’ at selected European hotels, a discreet service for female travellers based on an 18-month research programme. Lady’s First Design Hotel in Zurich permits male travellers, but makes no bones about its priorities, and the Four Seasons Hotel Riyadh in Saudi Arabia has a female-only floor out of respect to cultural mores.

Then there’s Richard Branson’s boutique Virgin Hotels chain, unveiled in 2015 and marketed as ‘female friendly’. Quite aside from the addition of leg-shaving benches and ‘Lover’s Intimacy Kits’, it boasts improved safety features, such as better lighting in the corridors and peepholes in the doors.

In creating spaces targeted at women, operators must walk a fine line between sensitivity and silliness. While it would be hard to criticise the intention, some hotels risk veering into the gimmicky. Take Ellis Hotel in Atlanta, which situates its women-only floor alongside a ‘pet-friendly floor’ and a ‘fresh-air floor’ – do women travellers really want to feel like a novelty? Ultimately, though, the test of such initiatives will be the occupancy rates and the reviews.

For Maiden Voyage, a hotel’s femalefriendliness, or lack thereof, depends on a few key features. The company has created a special brand standard for hotels that make the grade.

“Maiden Voyage's standard covers two categories: safety and comfort,” explains Pearson. “Safety includes double-locking doors, staff never announcing room numbers out loud, the location of the hotel, the standard of lighting around the entrance and where women are placed within the hotel.

"Surprisingly, lots of women don’t know what to ask for when it comes to safety and that’s often where we come in.”

Maiden Voyage also offers networking opportunities for female travellers, eliminating much of the boredom or discomfort that comes with travelling alone. This, perhaps, is a neglected frontier in female-friendliness: what can hotels do to ensure women feel comfortable in public spaces, perhaps socialising with fellow guests rather than staying in their rooms?

As Pearson sees it, solo female travellers are a group the industry ignores at its peril. Many hotels, she says, are placing duty of care at the top of the agenda – and they are receiving more requests and proposals about what they do, or should do, for female travellers.

This doesn’t have to mean perpetuating gender stereotypes, or creating a culture of victimisation, and neither does it mean taking anything away from male guests. Rather, it means acknowledging women’s needs benefits everyone in the hotel.

One in four women have suffered a negative incident when travelling on business and 51% of women said that they have, at some point, felt vulnerable when staying in a hotel.

“The Cornell School of Hospitality recently ran a piece of research into the impact of creating value for the female traveller on a hotel’s bottom line,” says Pearson. “The results were compelling – this isn’t about fluffy marketing or ‘shrinking it and pinking it’, it makes absolute business sense.

"The worst thing you can do is patronise anybody or discriminate against other traveller groups, so while the risk of sexual assault is higher for women travellers, the safety features we promote help everybody.” 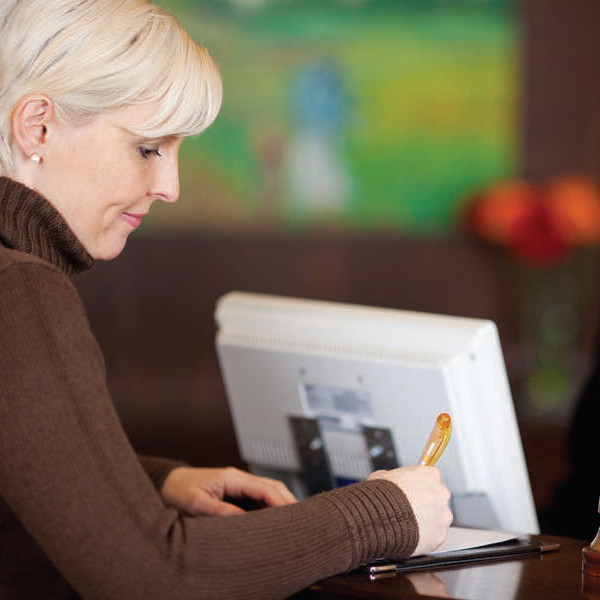 Hoteliers must be careful to address the needs of solo women travellers without appearing to be discriminatory or patronising.
Post to: