From the moment the global economy and most of the world’s inhabitants went into lockdown, international travel ground to a halt. Immediately, Gloria Guevara, CEO and president of The World Travel & Tourism Council (WTTC), made it her mission to ensure that the travel and tourism sector would not be overlooked, pushing governments to recognise the value travel and tourism delivers to the global economy. Will Moffitt asks Guevara where those discussions currently stand, what lessons can be taken from the pandemic and whether governments are doing enough to protect the hospitality industry.

Gloria Guevara is telling me about leadership. More specifically, the president of The World Travel & Tourism Council (WTTC) is recalling a meeting she once had with the famously forthright Felipe Calderón, then president of Mexico. The themes up for discussion on that day in March 2009 now sound eerily familiar: how to stop a pandemic and save the country’s travel and tourism industry.

A famously dogged politician who declared war on Mexico’s drug cartels ten days after taking office, Calderón was a straight-talking man with a lot on his mind. Still dealing with the economic and social wounds inflicted by the global financial crisis, swine flu was now spreading through the country at an alarming rate. Eager for counsel, the president invited Guevara, then CEO of the travel technology company Sabre Network, to discuss how to stop the virus and fix the country’s global image problem.

Guevara had no experience of working in politics but had established herself as a quietly powerful figure in the travel industry, well regarded for blending a sharp business acumen with a forward-thinking attitude towards technology. She trusted her instincts – “A crisis is a crisis, right?” she remarks. Calderón was impressed by what he heard and promoted her to Secretary of Tourism almost on the spot.

Now the public voice of WTTC, a non-profit organisation that seeks to protect and serve the growth of the travel and tourism sector, Guevara is once again dealing with a pandemic – albeit on a global scale – and giving her opinions firmly and freely on how best to confront it.

View from the ground

Speaking over the phone from Mexico where she has just landed, it seems that previous experience on Calderon's staff has stood the 53-year-old in good stead to combat a novel coronavirus that has had a seismic effect on the global travel industry.

"It was an interesting lesson because [I could] see things first-hand," Guevara says, keen to stress the importance of scientific expertise and political cohesion in combating the H1N1 swine flu pandemic. "If you just see it as a political situation from one side it's a very complicated thing to solve. It was about collaboration and [different parties] working together."

Just recovering, however, wasn’t enough for Guevara. Instead, she worked tirelessly to unify heads of government, state governors, congress, and various representatives and business heads towards the common goal of growing Mexico’s travel and tourism sectors. Once everyone was aligned there was a change of strategy too: by focusing on small towns and indigenous communities, Guevara argued, the country could reposition itself as a place of hidden culture and symbolism, unlocking its potential as a tourism hotspot.

A year later, Mexico had rebuilt itself as an alluring holiday destination, recording over 191 million international and domestic arrivals – a record number – and it had rebooted its stock as a viable target for foreign investment. It’s a feat that the Guadalajara-born Guevara – daughter of a retired Mexican army general and a prominent lawyer – is clearly proud of; an achievement born out of leadership and diplomacy, not least forging fruitful relationships with Barack Obama and his chief deputy, an older gentleman named Joe Biden whose ascent to high office was well-received by Guevara. “[Biden is] someone that understands travel and tourism,” she says.

One would think that the skills learned during that revival process – stoic determination, effective communication, the ability to acquire scientific insights quickly and learnedly – are transferable to our current predicament. Guevara agrees, to an extent, but is wary of drawing comparisons too lightly. “When you look at other viruses, SARS, MERS, Ebola, we didn’t have a vaccine but we were able to travel because we were able to isolate infected people," Guevara says. "The challenge with this virus is how to contain the spread and isolate infected people so that you can have a minimum impact on the economy and the travel industry."

Efforts to maintain that delicate equilibrium, while `not easy' from a government point of view, have so far left the WTTC president demanding more. "There are a lot of symptomatic cases — more than 50% —and that's why it has been very complicated to isolate people that are infected, but it has been frustrating to tell you the truth," Guevara admits. "If I was in the government, I would look at the countries that have been most successful and try [to emulate] them."

"The challenge with this virus is how to contain the spread and isolate infected people so that you can have a minimum impact to the economy and the travel industry."

Guevara singles a few countries out for high praise here, most notably South Korea, Singapore, Iceland and Greece. She also cites the current mass testing trial in Liverpool, UK, which tested nearly 100,000 people in 10 days, as an encouraging step forward. "That is awesome. That is great. I fully applaud that one."

Guevara is less impressed, however by UK quarantine protocols, arguing that the two-week isolation policy imposed on international travellers is a dangerous strategy that deters international travel and risks further damaging a sector that powers 9% of the UK economy and — according to WTTC figures – is in danger of haemorrhaging 2.4 million jobs.

"The quarantine is basically telling international travellers 'you are unwelcome'," Guevara says. “I cannot imagine a family of four travelling to London and spending two weeks in a hotel. That’s not going to happen. And it is the same situation for business travellers.” UK Prime Mininster Boris Johnson isn’t the only politico singled out for criticism here. While she is unwilling to name names, Guevara argues that leaders of European nations have undervalued or underestimated just how integral travel and tourism is from a social and economic standpoint. Some of them, she says, are guilty of taking the sector “for granted”.

“Europe is the largest region of the world and the most important region in [terms of] travel and tourism. The EU has done a decent job in terms of making recommendations but, unfortunately, the countries have not always followed them,” Guevara says, a hint of exasperation rising in her voice.

How then can European governments attempt to contain a virus that at the time of writing has killed just over 300,000 people on the continent and, at the same time, facilitate travel safely and securely?

Removing travel barriers and replacing them with air corridors would be a start, Guevara responds, “If you open your country, and you have a quarantine, it’s pretty much a waste of time,” she says matter-offactly. From there, the WTTC president advises that governments follow a set of protocols built around testing and contact tracing that enable a thorough examination of guests from airport to boarding, reducing the need for an enforced quarantine period.

“It’s going to take some time, but we need help to recover. And we cannot afford to wait for the vaccine. We need to learn to contain the spread and travel responsibly.”

She draws comparisons with the security procedures that became ubiquitous in a post-9/11 landscape, arguing that airports need to install a set of clear protocols to guard passengers against the virus without scaring them unnecessarily. “After [9/11] it took us years to recover, because we were not able to rebuild the trust of the traveller, because the screening of the airports in the security was different and that created a lot of anxiety,” Guevara recalls.

Regaining the trust of anxious travellers by implementing more sophisticated forms of screening is one thing, but it remains to be seen how these forms of testing can be crystalised into a seamless travel experience. While establishing a clear and pragmatic framework around these protocols is the only way to ensure travel and tourism can flourish, implementing that framework has not been easy.

“Most of my conversations with governments are about that. How do we define that international testing protocol? When is the right time to do the testing? Once you arrive in another country, they should take that test as valid and we should have that test included in apps that can then work together. That’s one of the biggest challenges right now, to tell you the truth,” Guevara admits.

The percentage of the UK economy that is powered by travel and tourism.

The number of jobs at risk in the UK travel and tourism sector if barriers to global travel remain in place.

Another problem has been getting countries to work together to establish responsible networks of communication – built on rigorous testing and data sharing – that put the needs of the global travel community first. The notion of a Transatlantic air corridor between London and New York, for instance, has been gathering steam in recent weeks with British Airways CEO Sean Doyle urging the UK government to scrap quarantine in favour of pre-departure testing.

“We’re asking the UK government to work with the US because New York and London are the most important city pair in the world, the two most important financial hubs and business cities,” Guevara says. “Look at the connectivity that these two had before Covid-19. If we can test [this system] and gather the data, and understand how we reach some form of travel, that would allow us to bring back millions of jobs.”

As she once did with Calderón a decade ago, Guevara is once again demanding that the travel and tourism sector, a dual industry that brings so much value to the global economy and to the GDP of so many respective countries, be treated sympathetically. Fairly, in fact.

“It’s going to take some time, but we need help to recover. Domestic travel is not enough. They cannot have the countries closed forever. And we cannot afford to wait for the vaccine. We need to learn to contain the spread and travel responsibly, and learn to coexist with the virus.”

For now, Guevara insists that the hotel industry must hold tight and keep the faith. From there, she insists, a gradual system of rehabilitation can be set in motion from which long-term recovery will eventually follow.

“This is the most resilient sector, every single time that we have experienced a crisis […] it has recovered. Every single time we have seen growth after a crisis,” Guevara concludes. “So, what I can tell hotels [and hoteliers] is to hang in there, weather this storm, because you’re going to recover very soon and you’re going to come back stronger.” 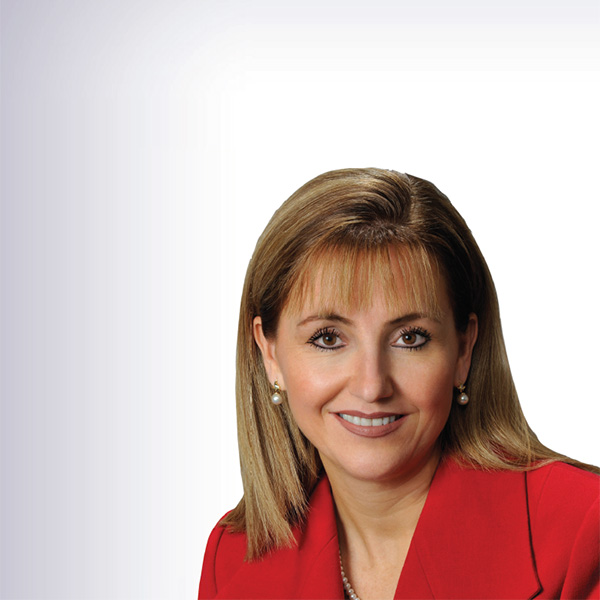 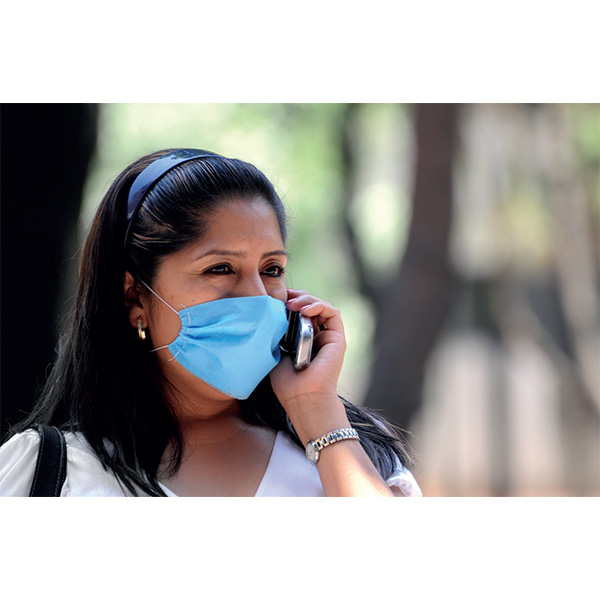 Mexico City, April 2009: A woman wearing a facemask to protect herself from the H1N1 swine flu pandemic.
Post to: