Room at the top

In the space of just six years, OYO has established itself as one of the biggest
players on the hospitality scene and a significant threat to more established
operators within the economy segment. Ralph Hollister of GlobalData looks
at how this Indian success story has travelled so far so quickly and analyses
the factors that will ultimately define its next stage of growth.

Founded in 2013, in July of this year Indian hospitality company OYO claimed to have passed Intercontinental Hotels Group to become the world’s third-largest hotel chain in terms of room count.

In 2018, it grew that number at 10 times the pace of global leader Marriott International and, having conquered swathes of Asian territory, moved aggressively into new international markets, establishing operations in the UK, UAE, Dubai, China, Singapore and Indonesia.

The company portfolio now comprises more than 23,000 hotels in 800 cities across 18 countries around the globe and, during its next phase of growth, strategy is particularly focused on capturing the unbranded hotel market in the US and Europe. OYO’s business may prove very attractive to a lot of small hotel owners in these markets, offering something unique from other operators looking to grow brand footprint through franchising and management contracts.

OYO’s business model was originally that of an aggregator. However, its key differentiator was that the company didn’t focus just on the discoverability of its partners but also on the standardised quality of the services they provided. OYO booked a part of the hotels’ inventory, so it could maintain it to quality standards then keep them exclusively for OYO customers. Now, most rooms are not leased but operated as part of the OYO Rooms franchise. Since the hotels and property owners act as the franchisees, they are bound to operate in line with the predetermined standards OYO set.

2015
The OYO app is launched. The company is now operating in 100 cities in India.

Its use of technology and standardisation has drawn close comparisons to Uber. Like the transportation network company, OYO hotels pledge to provide standardisation on a number of deliverables. Uber provides similar assurances through categorising all cabs to specific categories such as Uber XL and Uber Exec, meaning customers can predict what kind of service they will be receiving. Both companies also use dynamic pricing systems to help maximise revenue and manage demand. The price of OYO hotels changes instantly in accordance with competitor pricing and changes in consumer trends. Uber uses surge-pricing technology; whenever the demand inclines, permile cost is automatically increased. The new cost depends on the number of available drivers and the number of requests made by customers wanting to travel. The popularity of Uber within the millennial market segment meant that OYO was always likely to strike a chord with a younger generation of travellers.

2016
The hotel chain hits one million check ins in India.

It is a message that has also chimed with the money men. OYO’s biggest investor is SoftBank, which led the company’s $1 billion round last year through its Vision Fund. The deal, announced in September, also included Lightspeed, Sequoia and Greenoaks Capital, which led to a $5 billion valuation. The amount of capital being pumped into OYO allowed quick advancements in the tech platforms the company uses for analysing large amounts of real-time data, which continually calculates the demand-supply situation in the hotel sector.

The origins of OYO’s success are found in India, where its business model quickly proved popular with owners and guests. In a still under-branded market, independent hoteliers were offered the opportunity to benefit from the economies of scale that joining a rapidly expanding franchise brings. Charismatic founder Ritesh Agarwal, who is still only 25 and comes from a tech, rather than hotelier, background, claims that the occupancy rate of a small budget hotel in India typically increases from around 25% to 70% within a month of joining the group.

With a population of 1.3 billion, a rapidly growing middle class and a fast-developing domestic tourism sector, one struggles to think of a more attractive hotel market in which to gain dominance – though overseas brands have found India a famously tough market to crack.

But Agarwal was looking beyond India from relatively early on. OYO’s initial success prompted significant investment, mainly, again, from SoftBank, which put up $100 million in 2015. This scale of funding enabled operations to expand into Nepal and Malaysia in 2016 and 2017. The increase in leased and franchised keys along with the ascent of realised value skyrocketed over the following two years.

In China, with second-tier cities at its core, OYO now has over 500,000 rooms. The company is committed to diverting 40% of the funds towards that market, of which $100 million will be towards “customer experience, quality and system improvements”, and the balance to fuel further “growth, talent development, competency building and infrastructure development in the country”.

OYO has now raised more than $1.5 billion in funding and – in a reversal of how these things are normally meant to go – even Airbnb has taken a reported $200 million stake in the hotel group through a deal inked earlier this year. This level of funding and strategic deals with major players certainly aids the move into new markets, and revenues nearly tripled in the 2018–19 financial year.

The company has begun taking steps towards an IPO, possibly later in 2019 and, in preparation, the company is streamlining operations into two units: the Indian hotel business, and the international and technology business. Agarwal has also recently bought back $2 billion in shares from the company’s early backers Sequoia Capital and Lightspeed Venture Partners, raising his stake from around 10% to 30% and garnering the company a value of $10 billion.

This is all ahead of a major assault on established markets in the west. The company already offers living spaces throughout its 50-plus OYO Hotels in 35 cities and 10 states, but OYO recently announced plans to invest $300 million over the next few years in the US. Growth will be driven by two brands, OYO Hotels and OYO Townhouse, focusing on markets such as New York, Los Angeles and San Francisco, where accommodation is notoriously pricey and demand for an affordable, standardised hotel chain potentially high.

On this side of the Atlantic, the company launched its first UK properties in 2018 and has already grown its portfolio to 85 hotels across 25 destinations in less than a year.

Elsewhere in Europe, the group’s most notable growing hotel presence is in Spain, but May’s €369 million acquisition of Amsterdam-based @Leisure, which manages 30,000 holiday homes in 13 European countries, and lists a further 85,000 on its online-booking platform, is a clear sign that this assault is being mounted on multiple fronts. Interestingly, Agarwal has said that the company’s acquisition strategy “is targeted towards acquiring entities that assist us in building capabilities rather than just scale”.

Where does the danger lie?

Such rapid expansion is nothing short of meteoric. However, the rate at which OYO is increasing its operations worldwide comes with a number of risks. The organisation’s capacity to effectively audit new hotels under the OYO franchise could be overstretched due to the rate of expansion. If the company doesn’t hire more auditing staff in line with growth it is likely that some hotels will not be effectively examined to ensure the level of quality they have promised to customers. This will, in turn, drag facility and service quality down, and damage their brand through an increase in customer complaints on review sites. Online reviews are nonperishable and can significantly effect a company’s reputation if they build up.

Due to the pressure of large investment and ambitious expansion, an increase in pressure will be put on business development managers to increase the rate at which it is forging new partnerships with hotels. App developers are also being told to achieve updates in shorter time frames. OYO must ensure it scales up in accordance with its growing footprint, but this generation of tech platform – and the franchising model as a whole – is built on the founding principle of low headcount.

There are also questions around shifting brand image and whether the group may be moving away from the strategy that has garnered so much success so far. OYO Townhouses have been rolled out in the US and UK in early 2019, an offering aimed at business travellers that is at a significantly higher price point than standard OYO budget hotels. Agarwal has described the brands as being “25% hotel, 25% home, 25% shops and 25% café”. This is an extremely competitive segment in mature western markets and a major departure from the low-cost budget segment that has driven OYO’s growth thus far.

Having been an early disrupter within its space, new competition is also something OYO increasingly needs to turn its focus towards. Treebo, for example, has emerged as a direct, local competitor in India. Accor is thought to be in talks to invest up to $50 million in Treebo Hotels, giving it a minority stake. This came after the rival to OYO announced a strategic partnership with Ctrip, which it said would help it build distribution in the OTA’s domestic market of China.

OYO’s business model can be easily imitated due to the low barriers of entry in the industry. Intellectual property rights are effective in combating same-size competition, but it is difficult to stop start-ups disrupting markets at various other levels.

In the space of just six years, however, OYO has found itself in a place where companies such as IHG, Hilton and Marriott are far closer to being its peers and contemporaries than startup tech platforms looking to upset the old order. As the company secures itself as part of the establishment, it will be interesting to see the extent to which it can retain the dexterity and speed of execution that has so far defined its considerable success. 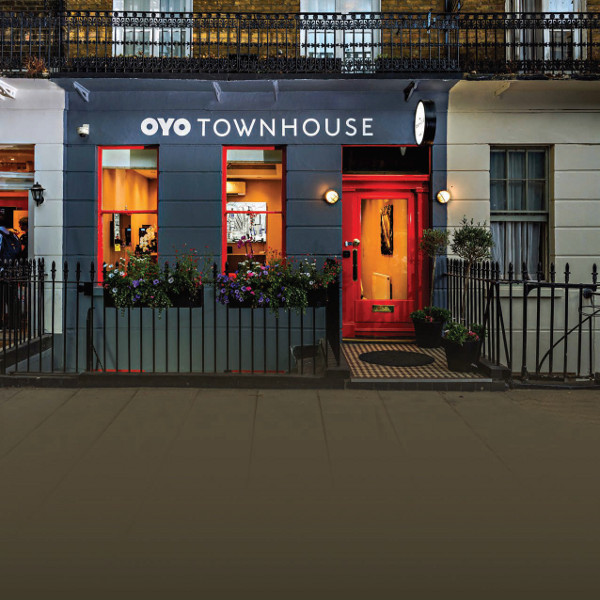 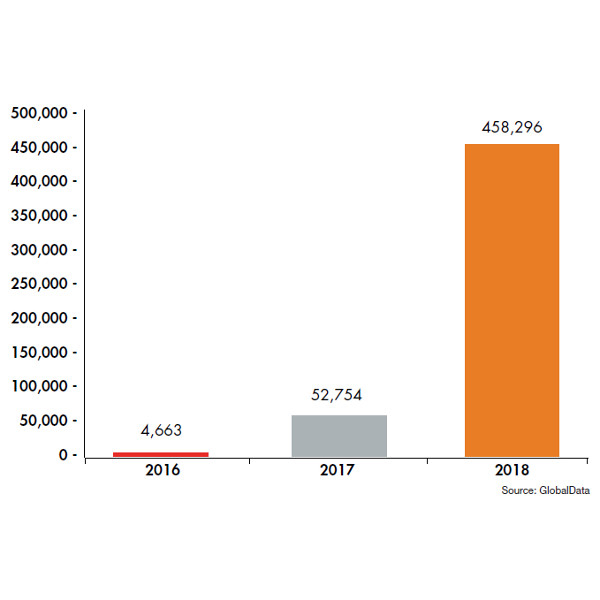 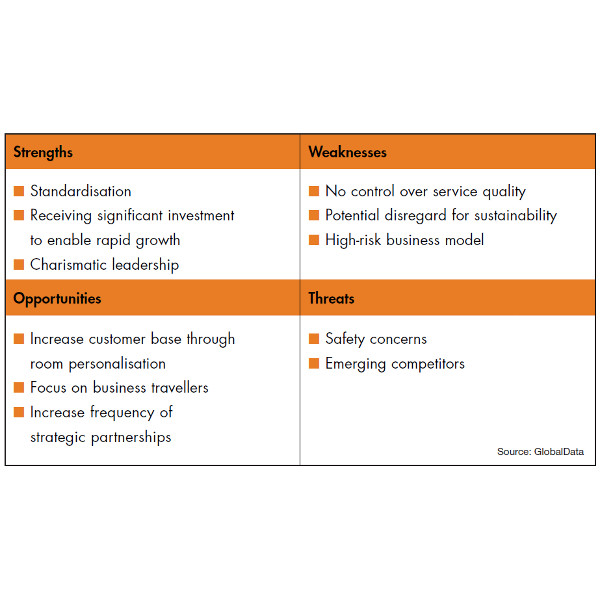 The benefits and pitfalls of OYO and its disruptive business model.
Post to: