Rocco Forte Hotel’s chief designer, Olga Polizzi, is responsible for the design and refurbishment of over 400 hotel rooms a year. Her most recent project, the Assila Hotel in Jeddah, is set to open this year.

When my brother [Sir Rocco Forte] and I began Rocco Forte Hotels, we started small. We bought one hotel at a time, with the intention of letting every property keep its own name. It's really quite difficult to decide, in a way, whether you want the brand to stand out or have the hotel itself, and the name it carries, to be the really important part of what you're doing. The result has been that a lot of our properties are quite well-known now, like Browns and the Balmoral, and rather than just being Rocco-Forte-branded hotels, they've retained their individuality.

I would have hated to have designed every hotel in the same way, much less to have a sort of 'house style'. It would have been rather dull; boring for the guests, boring for me. I think it's quite nice to wake up in a country and think, 'Oh, I'm in Rome' or 'I'm in Scotland' and have a feel of the place you're in. And I think it's a little bit old-hat, having a style that goes through every single country. By that point, you cannot use local artisans, and we do a lot of that.

One of my chief inspirations has been the work of Philippe Starck. Even though my style isn't at all like his, he was pioneering in the sense that when he got involved in a hotel's interior design, it was no longer ordinary; he'd suddenly put in something slightly mad, or very different. Before Starck, hotels had been the same for years and years, to the extent that you would never have wanted your house to look like one, at least not in the old days. Now, they're often ahead of the game in that respect, and quite a lot of people write in to us and say, 'Where did you get this', or 'What colour paint is that?'.

I also work quite a lot with Martin Brudnizki, who's done a lot of restaurants and clubs all over London. I've loved his designs since I first encountered his work as head designer for David Collins. Then he left to start his own firm, and the first really big job he did with us was on the design of the Villa Kennedy. It's quite difficult to choose a designer to collaborate with on a hotel like that, especially since we do a lot of the work in-house; there's only five of us in the office, so we need a big group of people to do the thousands of drawings necessary for a new hotel. And so I would find it quite hard working with somebody I don't know or I don't fully trust.

With Martin, though, it's nice. We can bounce ideas off of one another, and he's got a very Scandinavian, clean look in his design aesthetic, which I quite like. That's very much in evidence in our latest collaboration, the Assila Hotel in Jeddah. It's very different from every other hotel in Saudi Arabia. It's contemporary but yet has a sort of warmth to it. It's very clean; it's got wonderful colours. We've used a lot of white marble, so you walk in and there's a coolness compared with the temperature outside. And yet, all the while, we've used lighting that recalls the region, and a lot of Arabic patterns on all the carpets. So there's a feeling that you are somewhere warm, somewhere different, somewhere - hopefully - that feels like Saudi Arabia.

There are certain things that you see in a great many hotels in the Middle East: the ornate chandeliers, the huge atriums. In my opinion, the look that's achieved is very impersonal, and too glitzy for my taste. I think guests from the region, as they travel around the world more and more, are beginning to appreciate designs that are a little bit more rooted in the world around them.

When it comes to the hotels I work on, I always start with the comfort. A room has to have a comfortable bed, good lighting to read by, enough cupboard space. It's got to have really good bathrooms and enough room to set your bags down. You've got to see your television properly. All of these things have to be thought through. In the end, I want people to go and think, 'You know, I want to go back to this hotel. It's rather amazing, it's different and I'm interested in what I'm seeing.'

It's difficult to talk about my work - I often don't know why I do things. But you've got to be brave and make a decision, and go that way and stick to it. I'm always my biggest critic on hotels but I think the Assila Hotel works. And I hope it's going to be liked.

Interview by Greg Noone. 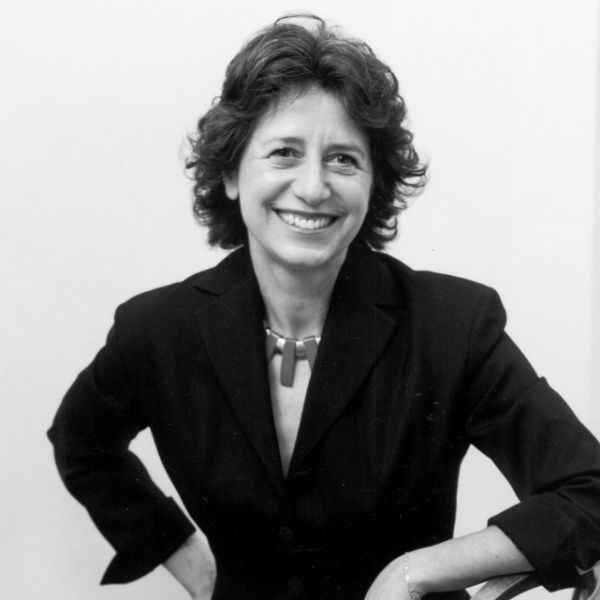 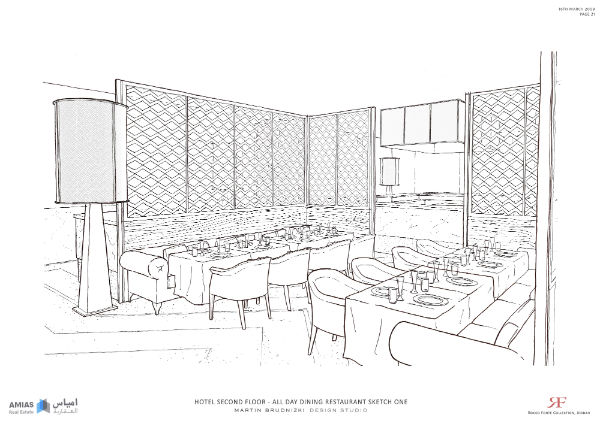 A sketch of the Assila Hotel, Jordan.
Post to: