Rising in the East – the evolution of Jumeirah

Jumeirah is about to enter one of the busiest periods in its history, launching a new brand and planning to almost double in size over the next five years. President and group CEO Gerald Lawless sits down with Phin Foster to discuss changing demographics, new markets and the challenge of delivering growth while staying true to one’s values.

It's 17 March and the Burj Al Arab is bathed in green light, sporting a shamrock large enough to baffle passing sailors far out in the Persian Gulf. Down the coast, Abu Dhabi's Jumeirah at Etihad Towers has undergone a similar greening treatment, the UAE's only other site selected among 150 global landmarks to celebrate St Patrick's Day.

Even if such events help bring the sometimes surreal globalised milieu in which we now operate into uncomfortably sharp focus - St Patrick's Day in plus-30° temperatures seems wrong somehow - Jumeirah has more reason than most in the UAE to celebrate and thank the Emerald Isle.

Gerald Lawless may have grown up in Galway and attended Shannon School of Hotel Management, but he's become every bit the Dubai native. Having arrived in the emirate to set up Fore's Middle East office in 1991, he joined Jumeirah as managing director at its 1997 inception, charged with developing a world-class portfolio of luxury hotels and resorts.

Meeting in the Middle (East)

Fast-forward 18 years and Lawless, now president and group CEO, has helped create one of the region's most iconic international brands, a hospitality powerhouse domestically and overseas, synonymous with five-star luxury and the growing influence of the Middle East upon the sector as a whole.

Instead of celebrating Ireland's patron saint, Lawless has been lunching with New York Mayor and media mogul, Michael Bloomberg, in town for the Bloomberg Future Cities Forum. The scenario provides yet another reminder of how far Lawless and the city have come on the global stage over recent years, and it's a story the Jumeirah chief is keen to tell, even if finding the right audience can be a challenge.

That's not entirely true of this CEO and president. He is more than happy to address challenges posed by Russia's rapid descent towards international pariah status, ongoing violent upheaval in Syria, Egypt's slow recovery and the staffing challenges posed by rapid overseas expansion. However, even the most jaded hack would struggle to put too negative a spin on the Jumeirah story.

Participating in the CEO's panel at the International Hotel Investment Forum earlier in the month, Lawless sounded typically emboldened. He discussed how Jumeirah was outperforming its domestic market, with 82-85% annual occupancy in Dubai and average rates exceeding $600, but the headline figure was the company's ambition to grow from 82,000 keys to 150,000 by 2020.

As is the case for any international operator, China will have a big say in its success. The group opened its first hotel there in Shanghai in 2011, and has properties lined up for Haikou, Wuhan, Nanjing, Guangzhou, Sanya, Hangzhou, Macao and Qiandaohu.

Somewhat surprisingly, however, Lawless seems keener to discuss the impact of outbound Chinese travellers on Jumeirah's properties closer to home.

The Asian nation is now among the three biggest source markets at the Burj Al Arab, for example, and during Chinese New Year in February, the proportion of guests drawn from the country was around 80%.

"There's a great awareness of Dubai within China," says Lawless. "They love to come here for the retail, and it's very big business. The Burj has also become a byword for luxury within the hospitality sector, and it's most important to be able to say you've stayed there. We're getting a real repeat factor as the segment continues to grow and mature.

"The WTTC forecasts 100 million international Chinese travellers by 2020. With what we've seen already, I'm confident of that figure and with Dubai scoring extremely highly in that market, as will London and the Maldives, where the group also has properties, which puts us in a very good position to benefit."

Lawless cites the growth in Chinese guests as having "compensated" for a drop-off in the Russian operations, but there is little doubt that events in the former Soviet Union are affecting business for every luxury operator. Alongside the UK, it has traditionally been Jumeirah's strongest market, and in 2013 was the company's largest source of revenue. While acknowledging short-term losses, Lawless insists that geopolitical and economic events of the past year have had little impact on the group's development strategy.

"If we get to 75 hotels under the Jumeirah brand, it might be a question of stopping and seeing whether we can still deliver the same service to owners and guests."

"There has been a reduction in numbers, and the market has been impacted by the near-catastrophic deterioration of the rouble, but we still have a large number of Russian guests," he says. "They've been very loyal to Dubai over the years, and that continues to be the case.

In fact, we put on a roadshow there about a month ago, letting the market know that they were still welcome and we wanted them to come. It remains an extremely important segment."

Its importance is emphasised by the fact that Jumeirah has a hotel scheduled to open in St Petersburg next year and chatter has long circulated about the possibility of a Moscow property.

"There have been a number of conversations about opening a hotel in the city," acknowledges Lawless. "Recent events have not changed that and it's a location we remain extremely interested in, should the right opportunity arise. We're confident that the current situation will pass, and peacefully."

Already present in London, Rome, Frankfurt and Mallorca, Lawless describes Jumeirah's strategy for expansion in Europe as "opportunistic", and reveals that multiple conversations are already underway, with a number likely to come to fruition over the coming months. A second Turkish property was recently announced, with a Bodrum resort joining Istanbul's Pera Palace in Istanbul this May and it's yet another market where the CEO sees real potential: "Hopefully there'll be plenty more to come," he says. Indian and Indonesian debuts are also currently under development.

However, despite such ambitious international expansion plans, Jumeirah is still committed to significant growth within the Gulf region.

"We're a Middle Eastern company. That's our DNA, and it remains a prime focus in terms of development," Lawless declares. "We're deep in conversation on a number of fronts; construction on another Abu Dhabi property is already underway, as are projects in Muscat and Jordan. We're extremely confident that we'll be in Saudi Arabia soon, which is such an interesting, dynamic market.

"The latest STR report has 633 hotels being built in MENA, which means 150,000 rooms. As a home-grown brand, we're wonderfully well placed to sign a number of those to management contracts. There are terrible things happening in places like Syria, which are so distressing for people who care about this part of the world, especially if you about it as much as I do. There are also real reasons to be optimistic, though, and plenty of things look forward to."

One of those is a second brand operating under the Jumeirah umbrella. Venu was announced in September last year, targeting "travellers with a passion for simplicity, style, efficiency, and effortless living and working".

The intention is to give the hospitality group a foothold within emerging segments it is yet to tap.

"Our people like to say it's for the 'millennial mindset'," Lawless chuckles. "I remind them that 'mindset' means you don't have to be a millennial: it can even apply to an old guy like me. Venu offers guests a different, less formal option; something modern and lifestyle-led, but if there's also the option for more of a corporate-style property, we shouldn't dismiss the possibility."

With a number of agreements signed already and the development team looking at more, it's likely Venu will debut in Dubai, although Lawless acknowledges that, if a conversion property is signed in the meantime, that might change. "It's not set in stone," he says.

"In the initial phase we'll be looking at 25-30 hotels, and we can potentially grow the brand at a more rapid pace than has been the case with Jumeirah.

"It won't be as expensive for investors to develop; 32m2 rooms are acceptable, depending on location. With Jumeirah, we're looking at 50-55m2. That makes a big difference for owners."

With 25 hotels signed up and under development, and plenty more on the horizon, the group is about to enter one of the busiest periods in its history. The launch of a new brand only adds to the workload and it could prove a challenge for Jumeirah to remain true to the values and culture that have driven its success. Will there ever be a time when the group becomes too big?

"The real pressure-point will come in the second half of 2016, through to the end of 2018," Lawless replies. By then, we should be looking at more than 40 properties across the two brands. In terms of an optimal or maximum number, targets have to be agreed in stages.

"If we get to 75 hotels under the Jumeirah brand - which is easily feasible by the early 2020s - it might be a question of stopping and seeing whether we can still deliver the same service to owners and guests. Stress tests are in place, and we must self-assess regularly."

He and the group have not been found wanting so far. As targets continue to be hit, expect to see Jumeirah celebrating St Patrick's Day for many years to come. 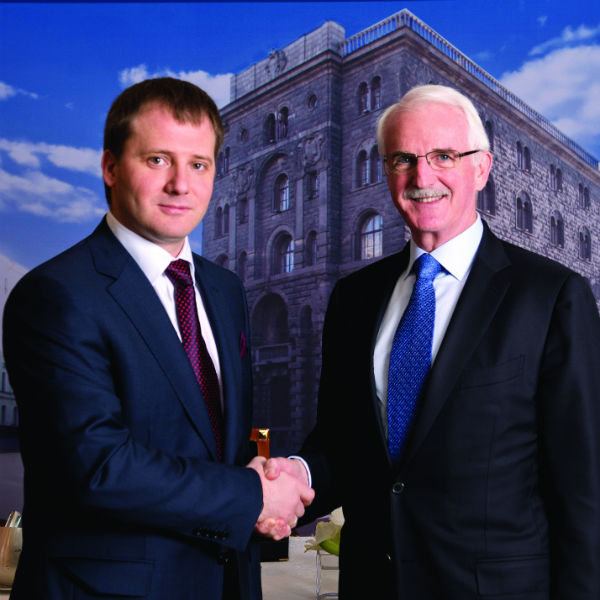 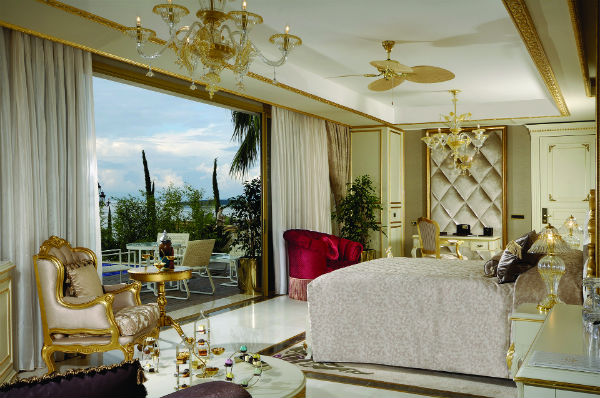