Augmented reality platforms have emerged as new marketing and operational tools in recent years, allowing hotels to preview and enhance their pre-existing selling points, and possibly offer whole new ones. But to what extent do these tools lean more towards gimmickry than utility, and what might the next generation of AR and VR solutions provide in terms of added value? Tim Gunn assesses how hotels can best augment their approaches.

In the summer of 2016, hoteliers worldwide glimpsed a way of capturing a new generation of customers. Everywhere they looked, smartphone-wielding explorers were searching for creatures only visible on screens.

The world was playing Pokémon Go, an augmented reality (AR) game that used smartphone cameras and GPS technology to place beloved fictional monsters in real-world locations. But more than that, millions of players were moving away from their couches and generating location-specific content.

In response, hotels began renting ‘lures’ from the game’s developers in order to attract the coveted creatures and the consumers trying to catch them. Those businesses lucky enough to have a community hub like a ‘Pokéstop’ or a ‘Gym’ on-site or nearby highlighted the fact in their marketing. Others aligned themselves with one of the game’s three teams and offered special deals to players. Most eye-catchingly, Marriott International partnered with Expedia to fly the US’s first Pokémon Master around the world in search of the three regionspecific monsters that he couldn’t catch at home. At the craze’s peak in July 2016, one study showed that almost one in ten US hotels were engaging with customers online about Pokémon Go.

It has been more than two years since Pokémon Go blasted AR into the mainstream. Its success is yet to be replicated, but the technology continues to advance. Apple, Google and Facebook are all investing in their products’ AR capabilities, and the generation so enthralled by Pokémon Go is becoming a serious target for hotels. If AR is ever going to become something more than a game or gimmick, that time is fast approaching.

Simply put, AR technology superimposes computer-generated images on real-world objects. The experience of using it is halfway between virtual reality (VR), which completely replaces our view of the physical world with a computer-generated one, and the world as it appears to us in day-to-day life. Moreover, while VR technology requires a bulky headset, or at least some way of attaching a screen to a face, AR is simple enough to be almost inescapable: many Facebook and Snapchat photo filters rely on it. In fact, one of Deloitte’s Digital Predictions for 2018 was that over a billion smartphone users will have created AR content at least once by the end of the year.

Deloitte was even more confident in forecasting the impact AR technology could have on the travel and hospitality industries. According to its report, “AR-enhanced tours and consumergenerated content will change the way that we experience tourist destinations.” Still, Professor Dimitrios Buhalis, head of Bournemouth University’s eTourism lab, urges caution. “In the hotel industry itself, AR is more of a novelty than a revolution,” he says.

PAI (_) hotels, a subsidiary of China’s Plateno Group, would not necessarily disagree, but it still sees AR-integrated design as a vital part of its brand identity. Launched in 2015, the PAI brand now operates over 280 budget hotels and targets young people by focusing on creating personalised experiences. The Plateno Group debuted the PAI AR Park app at its second-ever ‘fashion show’ in Guangzhou, China, in December 2016. Like the idea of hosting a hotel fashion show, the app emphasises individual style and the importance of creating ‘social spaces that reflect internal emotions’ to appeal to its target demographic. It works by bringing PAI hotel decorations to life on guests’ smartphones. Through the smartphone camera, PAI paper cups become cartoon lips, snouts and beaks, and pillows appear to be fluffy clouds floating in a bright blue sky. The app is more whimsical than functional, but there’s a clear insight to be drawn from PAI’s emphasis on it: AR can make budget hotel experiences far more interesting and shareable.

Similarly, charges of novelty for novelty’s sake have not slowed the growth of Whitbread’s AR-enriched ‘hub by Premier Inn’ concept in the UK. Along with a host of other high-tech features, each Premier Inn hub hotel room includes a wall map that, when viewed throughthe hub app, becomes a sophisticated city guide. The first hub was opened in Covent Garden in December 2014, and there are already ten such hotels in city centre locations across London and Edinburgh, with another seven in the pipeline. The hub hotels have been so successful that Whitbread is aiming to open a similar number of Premier Inn and hub by Premier Inn bedrooms in the 2018/19 financial year.

Of course, a hotel does not succeed or fail on account of having AR maps on its walls, but Whitbread’s focus on smartphone integration is an innovation with a real impact. On the surface, it offers a money-saving twist on the hotel concierge that comes with its own wow-factor. Perhaps more importantly, however, it makes wall space functional, which is more than a neat trick when the average Premier Inn hub hotel room is a little over half the size of a suite in a traditional Premier Inn (11.4m² rather than 21.3m²). In effect, one of the room’s most exciting selling points neither requires a screen nor takes up any floor space; it is stored on customers' smartphones. Hub and PAI rooms are both bigger on the inside – as long as guests download the right apps.

Budget hotels are not the only ones to have started leveraging AR technology. Luxury locations that lack neither space nor visual interest can also entice guests through their smartphone screens. In 2015, The Mansion at Casa Madrona, the opulent centrepiece of a luxury spa hotel near San Francisco, California, began using AR as a key tool to ‘enhance the guest experience’ and increase revenue ‘through vcommerce versus the more traditional ecommerce’.

As part of the resort’s AR initiative, prospective guests could request an AR-enhanced brochure and use their smartphone to translate twodimensional floor plans into threedimensional models that appeared to sit on top of the paper. After event bookings, the same technology, developed by AR specialists Augment, allowed Casa Madrona to deliver personalised sneak peeks of suites in The Mansion kitted out for weddings, birthdays and anniversaries. Guests could even post AR-enabled ‘postcards’ to social media.

As marketable as all this might sound, The Mansion at Casa Madrona has not kept up its focus on AR. Users of Augment’s app can still grab their phones and tour the property, complete with its computer-generated guest trapped eternally on the phone in the master bedroom, and a lively, mimed conversation on the deck overlooking the harbour, but it no longer links to a live page on the Casa Madrona website. It is a tantalising, but not particularly highfidelity, experience. Still, this was developed in 2015, and Buhalis believes that even Pokémon Go, released a year later, came out before smartphone AR technology was able to properly handle it.

As such, it is worth taking a look at what has changed since. Apple and Google, the two leaders for smartphone technology, have both released newer and considerably more powerful AR development kits that completely avoid many of the bugs that plagued earlier AR programs. Facebook, meanwhile, has begun to include AR adverts in its news feed and messenger, and can now use ‘target tracking’ technology to make movie posters come to life when viewed through a smartphone camera. Impressively, Marriott International experimented with something similar with an advert in Wired magazine in 2013, which became a video when viewed through a particular app.

As Pokémon Go demonstrated, Marriott has developed a knack for adapting to different realities. As far back as 2014, its phone booth-like VR ‘teleporter’ was causing a media stir by giving customers in select locations the opportunity to trial virtual holidays. A year later, it made a version of the same experience more widely available by placing $900 Samsung VR headsets in select suites. It may seem almost contradictory to offer guests holidays from their holidays, but a notable 51% of those who used the headsets said the VR experience made them more likely to stay at Marriott properties in future.

Like PAI and Premier Inn, Marriott has found that sometimes one person’s gimmick is another’s life enhancement. Since high-quality VR headsets are exciting and covetable objects that have yet to crack the consumer market, there’s plenty of room for hotels to win guests and attention by devising packages around them and the experiences they make possible.

According to Buhalis, hotels are a perfect match for VR technology. He gives the example of a bride-to-be “‘teleporting’ to a Marriott resort in Hawaii to preview and perfect her wedding”. It is a compelling vision, but in order to achieve it, Marriott’s marketers have actually pivoted back towards AR. Marriott Caribbean & Latin America Resorts’ Portal to Paradise app tempts consumers with the chance “to ‘visit’ eight beautiful resorts in some of the region’s most sought-after locations” by opening a digital portal directly in front of them. Since it does not require any technology beyond the ubiquitous smartphone, the free app is perfectly suited to developing what Alex Fiz, regional vicepresident of sales and marketing at Marriott, calls a “daydreaming experience” into a specific plan for a Marriott holiday.

As Marriott International has clearly realised, the level of comfort and familiarity that almost all consumers have with AR technology simply as a result of using their phones is what makes it such a powerful marketing tool. The hotels that can make it feel like a natural extension of their brands are those that can gain the most from using it. 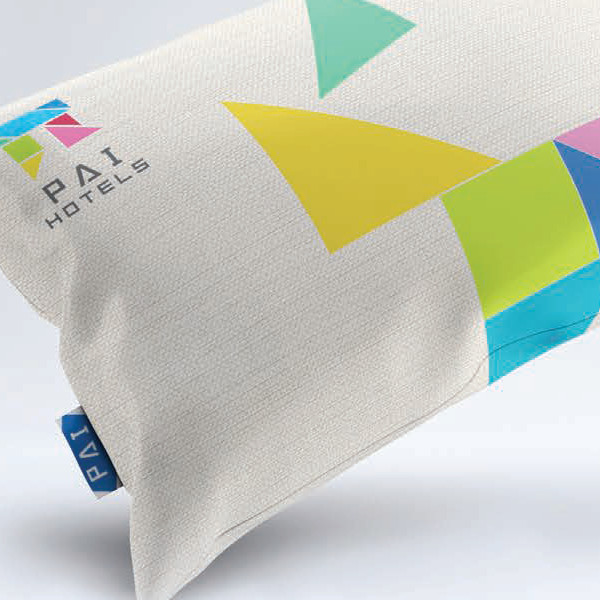 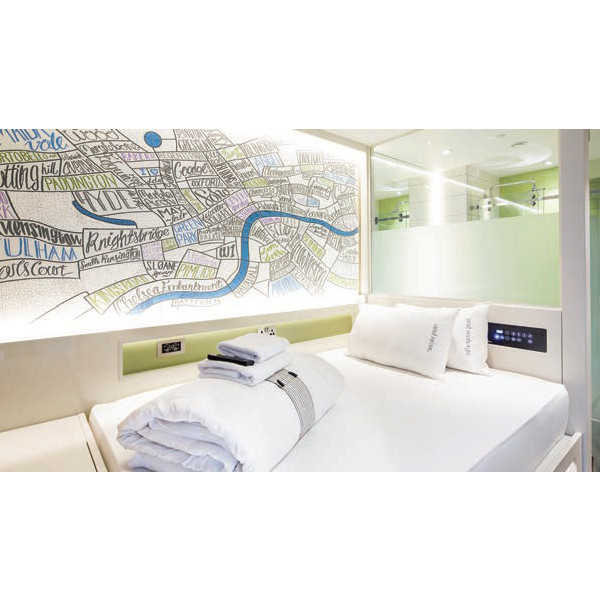 Every hub by Premier Inn room includes an interactive wall map, which becomes a sophisticated city guide when viewed through the hotel's smartphone app. 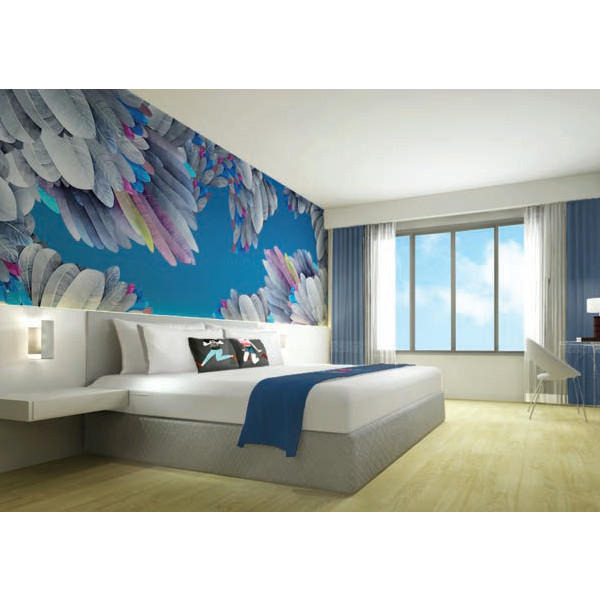 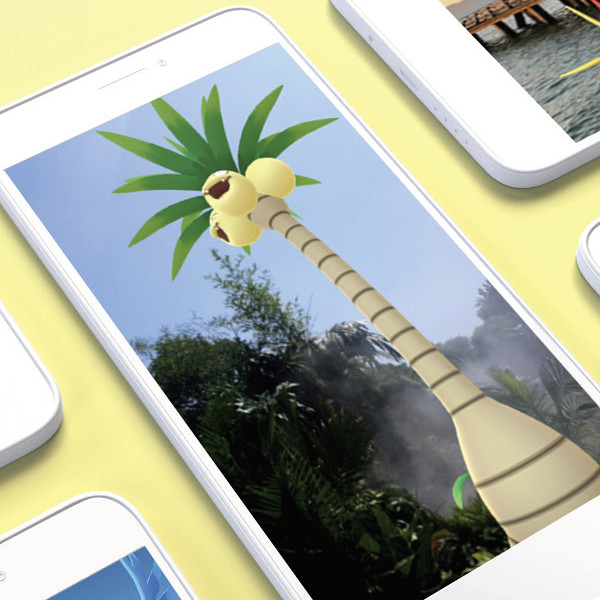 Many hotels were quick to sieze the opportunities provided by Pokémon Go's explosion of popularity in the summer of 2016, demonstrating the range of potential benefits AR could provide the industry if used effeciently.
Post to: