When Selim El Zyr stood down from his role as president and CEO of Rotana after 22 years, one could be forgiven for wondering if it might rock the boat; however, Omer Kaddouri has proven to be the perfect heir. To mark his first year in the job, he sits down with Phin Foster to discuss the opportunities for growth in the Middle East, pushing into new markets and the benefits of coming up through the business.

It is a universally accepted corporate truism that longevity and personality go some way towards defining strong leadership. However, from Microsoft to Manchester United, evidence suggests that iconic leaders often make for fragile successions.

When Selim El Zyr founded the Rotana Hotel Management Corporation in 1992, Sir Alex Ferguson was still chasing his first league title, and Bill Gates was almost a decade away from taking his company to its market peak.

Over the proceeding 22 years, the Lebanese hotelier would go on to develop the Middle East's largest operator and one of the region's few internationally recognisable brands. So, when El Zyr announced that he'd be standing down from his role as president and CEO at the end of 2013, and that a new leader would be at the helm for the first time in the company's history, there were some understandable murmurings about how the move might go.

The man anointed as crown prince by Rotana's founder was Omer Kaddouri, formerly chief operating officer and a veteran of more than 15 years with the group. As we near his first anniversary as president and CEO, it seems like a good time to take stock: what aspect of the role has taken him most by surprise?

There follows a long silence. "I'm racking my brains, but it's all been pretty seamless," Kaddouri eventually replies, sounding genuinely apologetic. "I appreciate that's very boring and you're likely after something juicy, but we spent so long preparing, working in such close collaboration, that it's all been very smooth."

We are often told that outgoing leaders should exit the stage in order to enable any successor to fully escape their shadow, but El Zyr still retains an office next door, having remained on board as vice-chairman, and Kaddouri is not too proud to acknowledge the value of access to such an illustrious sounding board.

"You can't ignore someone with that sort of experience, and I'll be knocking on his door for as long as he's willing to open it," the CEO chuckles.

Planting the flag
Kaddouri remains very much his own man, however. A graduate of L'École des Roches, he started in banqueting at London's Hilton Kensington, arriving in Abu Dhabi in 1989 as the Hilton International's assistant banquet manager. He joined Rotana in 1998 as resident manager of the Al Bustan in Dubai - at a time when its portfolio numbered just six properties - was managing the Beach Rotana in Abu Dhabi within two years and was appointed to the corporate executive team in 2010.

It is a rapid rise that reflects the tremendous growth of the group over that time. Rotana currently manages 47 properties, with 12 openings scheduled before the end of next year and the ambitious target of having 100 hotels in operation by 2020. For the time being, the portfolio is predominantly UAE-based but will be debuting in a number of locations, including Amman, Istanbul and Tehran, over the coming months.

"We're committed to planting our flag in new markets, but there remain a number of opportunities in the Middle East also," the CEO explains. "Rotana is opening its second hotel in Saudi Arabia next year, and we have 12 Saudi properties in the pipeline across all major cities. We're still finding room for growth in Abu Dhabi and Dubai, with two openings in the former in 2015 and three signings in the latter that should all be open by 2018/19.

"In Bahrain, Kuwait and Doha, one or two properties today will become three, four, five or six in the near future. It's no longer like in the early days, when the intention was to have a Rotana hotel in every major city of the city; now it's one of every brand."

Rotana currently has six, and it is the mid-scale sector where Kaddouri is particularly bullish about the potential for regional growth. Centro, the group's 'affordable lifestyle' product, currently boasts five operating hotels, with a further 12 at various stages of development.

"It's our fastest-growing brand," he says. "The mid-range remains very under-served - Saudi Arabia for one is in need of a lot more hotels in this category, as is the UAE. Sheik Mohammed has declared that the emirate needs more three and four-star properties in order to service everybody. Hotels in the $90-120 range represent a real sweet spot."

Prince of Persia
This has been driven in part by a marked growth in regional tourism, and Kaddouri cites the success of low-cost carriers such as Fly Dubai and Air Arabia in recent years as testament to this shift. It also opens up perhaps the most intriguing potential growth market within the Middle East: Iran. Rotana has already signed four Iranian properties - evenly split between Tehran and Mashhad - but for the CEO, the scale of opportunity is far greater.

"It's so exciting," he declares. "We're seeing Iran reaching out and others reaching in, creating connections that haven't existed for many years. There's huge potential for the hospitality industry within the country, and we're among the very first to be signing hotels there.

"Rotana already has nearly 1,500 rooms under development, and we're looking at multiples of that number moving forward - there's potential for Iran to be a huge player."

Air Emirates having launched a fourth daily A380 service between Dubai and Tehran in October appears to back up such confidence, and with Rotana having established a strong foothold in the market at an early stage, Kaddouri hints heavily that new deals are only just around the corner.

Away from the Middle East, a region where the group is already making significant inroads is Africa. Rotana operates hotels in Sharm El Sheikh and Khartoum, a five-star property in Dar es Salaam has just been announced, and projects are also under development in Mauritania, Tripoli, Morocco and Algeria, with Kaddouri looking to establish a presence even further afield.

"Sub-Sahara is very big for us right now, and we're close to signing our first hotel in Lagos," he reveals. "It can be difficult to establish yourself in a new market, but a lot of people we're dealing with on the development side are already familiar with the brand because of the amount of commerce and travelling between the two regions. There are some who are surprised that we're already the size we are, so we have a very good story to tell and the conversations are extremely positive."

More intriguingly still, Kaddouri is fairly candid about the fact that he's been engaged in various dialogues about the possibility of a London opening, a development that would mark a seismic statement of intent and provide Rotana with a flagship property in one of the world's great gateway cities.

"We're certainly looking, and I've been having a series of meetings," he explains. "It would represent an amazing showcase for us, and we are already working with developers in the Middle East who are extremely interested in expanding their assets abroad. The fact that those relationships are so strong puts us in a very favourable position."

Front to back
Rotana could further consolidate that strength by dipping a hand into its own pockets and using its balance sheet, something hotel management companies are famously reluctant to do in this era of asset-light development. If October's announcement of the Tri G development in the Turkish province of Günesli is anything to go by, a willingness to invest in the right opportunity already exists. A partnership with real-estate developers Mar Yapi has seen the operator take a minority stake in the 7,000m2 development, scheduled to open in late 2016.

"Our intention is to remain a hotel management company, but times are changing, and if we want to have our flag in specific locations that are more difficult to enter for new players, then we'll do exactly what you've seen in Turkey," Kaddouri explains. "This is more a case of strategic equity as opposed to huge amounts of capital, but it's about convincing partners we want to be there and making owners feel comfortable. You may see more of it in the future."

Fuelling this growth also represents a huge human resources challenge, in more familiar markets and further afield. Kaddouri points to a solid track record of talent development - 92% of staff in Khartoum are now Sudanese, for example, up from an initial 30% at launch - and cites a number of internal and external training and retainment programmes.

Having risen from hospitality's front lines to the CEO's chair, an increasingly rare path in today's globalised sector, one is perhaps more prepared to put cynicism aside when Kaddouri talks about a business of people rather than bricks and mortar - not always the case when executives trot out this well worn line - and he agrees, with some reservations, that it's a CV that places him in good stead.

"Coming up from the grass roots helps me understand positions across the company, and colleagues respect that," he acknowledges. "But it's not the be all and end all. Hiring people from outside the industry can also be extremely valuable, and leadership is a translatable skill. If I were to one day leave the company, I like to think I could make the move into a non-hospitality environment."

With Kaddouri having enjoyed an extremely successful first year, and a remarkably busy 2015 on the horizon, his predecessor and mentor must be hoping that such a move won't occur for many years to come. 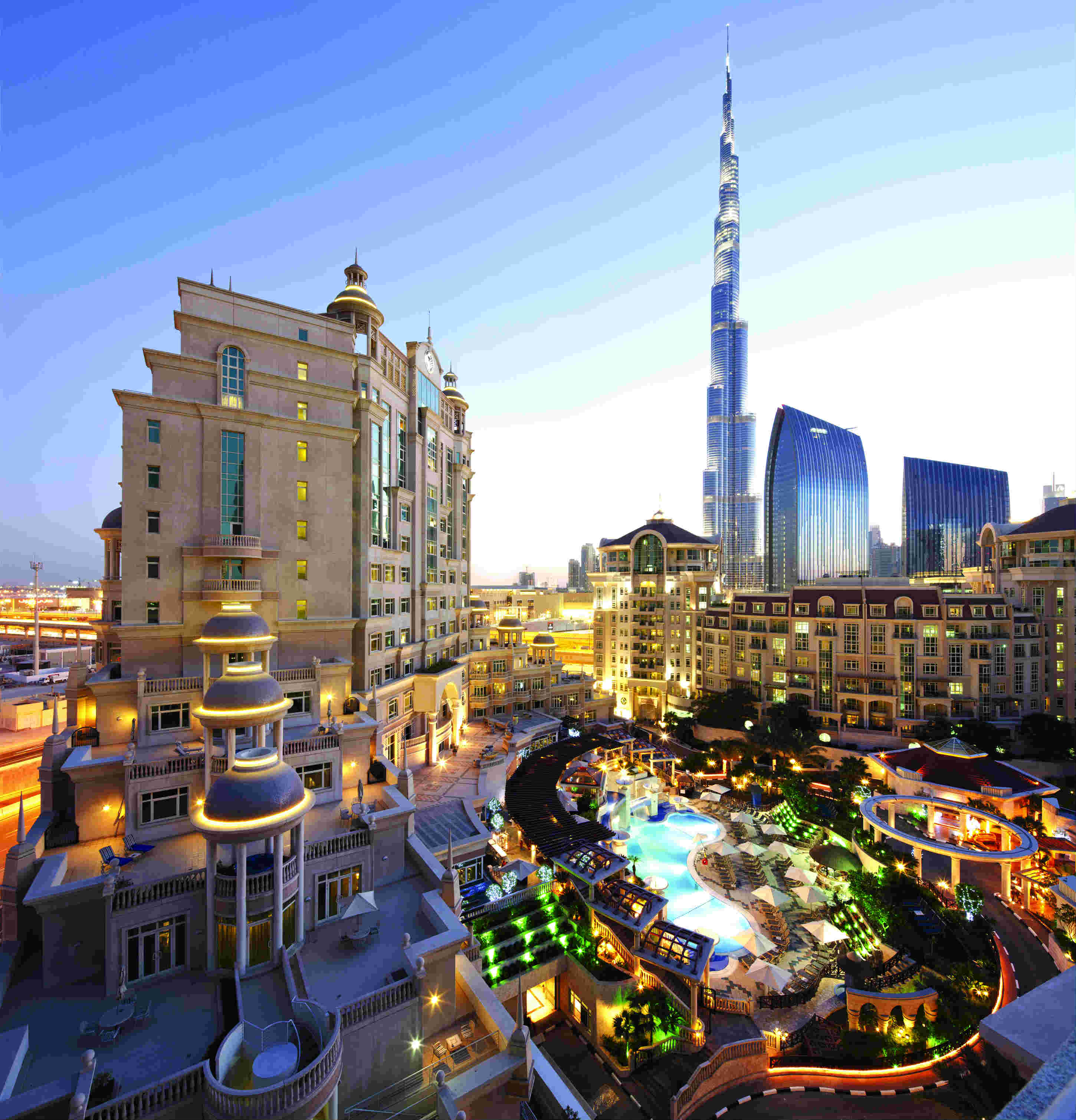 Kaddouri’s sights may be set on new markets, but he insists that opportunities remain in the MIddle East. 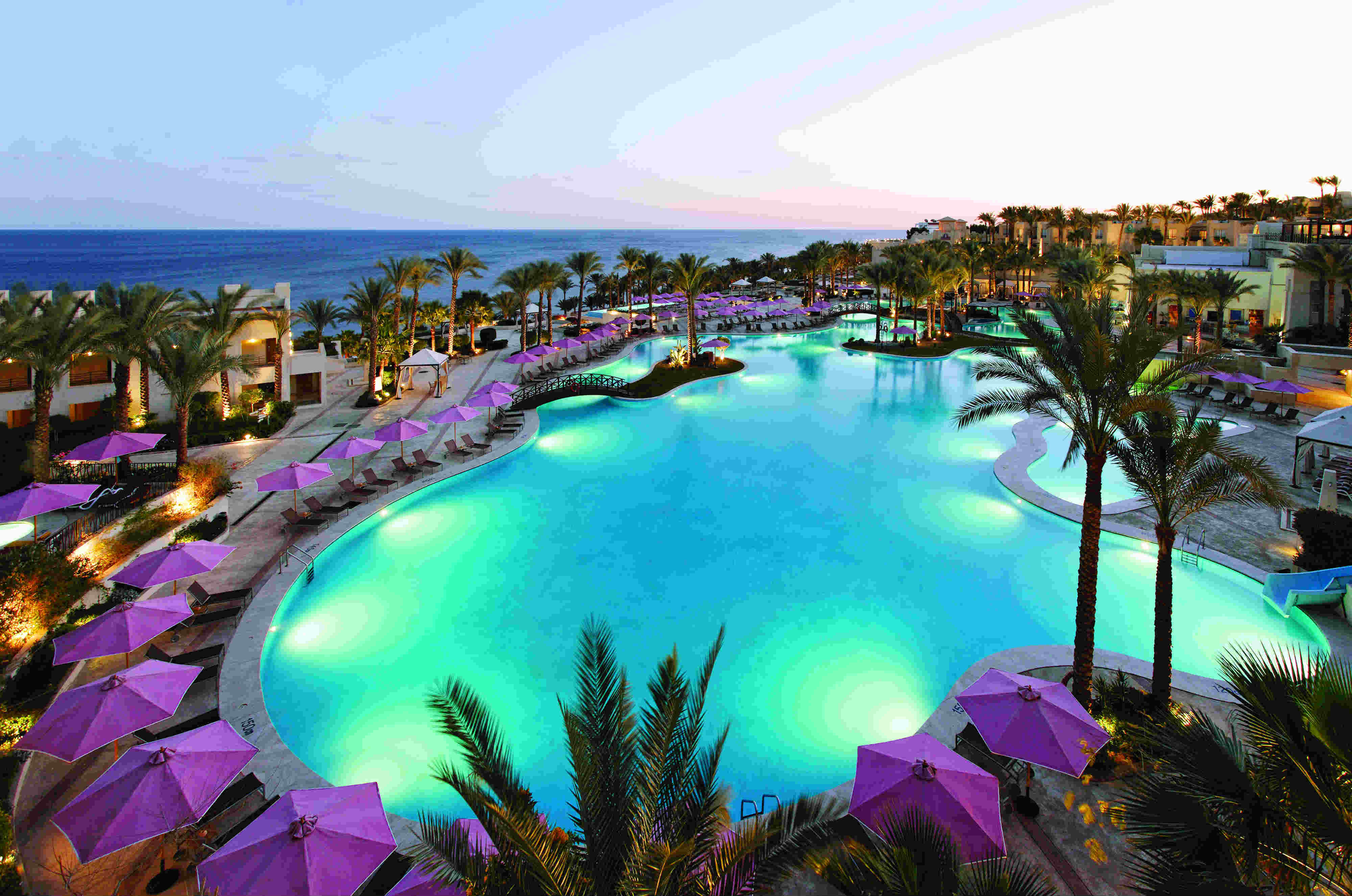 The Grand Rotana Resort & Spa in Sharm El Sheikh is just one property in a growing African portfolio.
Post to: