The world of online reviews and digital comparison can strike fear into the hearts of general managers, with luxury hotels by no means immune. However, as the European Hotel Managers Association (EHMA) congregated in Geneva for its 42nd annual general meeting, entitled ‘Communication revolution’, guests heard how rediscovering the human heart of hospitality could provide the answer. Sarah Williams reports.

It was a sight steeped in Swiss tradition, the long alpine horn spanning much of the stage in the ballroom of Geneva's Grand Hotel Kempinski. But as the performers began to play, a rather more modern sound greeted guests, with electric guitar, drums and keyboard accompanying dynamic young alphornist Eliana Burki in her jazz and funk-inspired repertoire.

It would be hard to find a more fitting soundtrack to the gala dinner of the 42nd AGM of the European Hotel Managers' Association (EHMA), the celebratory culmination of two days of meetings, in which the need to marry tradition with innovation emerged as a core theme.

The conference began at Le Richmond the previous day (Friday 17 April), with the management council meeting, the general assembly and the induction of 17 new members, bringing total membership to 437. Following an afternoon of talks, including an address by new HOTREC president Susanne Kraus-Winkler, guests parted for the evening before congregating by Lake Geneva's iconic Jet d'Eau for the official welcome reception.

But for many attendees, it was Nordstrom's recipe for making money that resonated the most; the concept of creating a temporary monopoly. This, he said, is "a moment in time when you are perceived to be so different that in practical terms there is no substitute".

Michael Gray, of Hyatt Regency London - The Churchill, spoke to me about the implications of this recipe for hospitality during lunch at the Four Seasons Hotel des Bergues. "Listening to Kjell Nordström gave us a totally different perspective of globalisation and how businesses work," Gray said. "I'm taking away with me the words 'temporary monopoly'; trying to find a niche so you can differentiate yourself from competitors, but not forgetting that our industry is still based on the very heartfelt characteristics of making our guests and our employees feel comfortable."

The lure of luxury

The highlight of the afternoon was undoubtedly a rousing address from LVMH watches division president Jean-Claude Biver, who spoke with passionate authority on the meaning of luxury today. Echoing Nordstrom's recipe, Biver stressed the need to be "first, different and unique", and explained how this drive had led to Hublot becoming the first luxury brand to target the world of footballers. He also emphasised the importance of the customer experience over and above the product.

"What money cannot buy - this is luxury, and this is what we need to bring our customers," he said. "We have to make the people of tomorrow dream about us, and we have to repeat tradition but also add innovation."

It was likewise the human element of digital that resonated in Saturday afternoon's communication-focused events. Olaf Slater of Trust International introduced augmented reality technology as a tool to "emotionalise the guest".

Customer emotion was also key in the closing panel discussion featuring Swisscom CTO Thomas Di Giacomo, Expedia's Cyril Ranque, Alexander Fritsch of Servus Tourismuspartner, COO of Brand Karma Mario Jobbe, Digital Luxury Group founder David Sadigh and president of Diversey Care Ilham Kadri. Jobbe spoke of the importance of online reputational management in a market in which a hotel's TripAdvisor score increasingly influences pricing. He highlighted the curious contradiction that people today "don't trust anyone but do trust everyone", whereby a customer may disregard a hotel with one online review but book another with 25.

Sharing his thoughts between sessions, Thierry Lavalley, general manager of the Kempinski Geneva and a member of this year's organising committee, agreed that the human element of hospitality remained vital. "We all have the same amenities more or less; what makes a difference is the human potential," he said. "Fifty years ago, our industry was definitely looking for skills. But for ten years now we've only been looking for talent: your attitude, the way you behave and talk, and your education."

I think it is the role of the general manager and the hotel company to help not only young people, but people of all ages who need some support.

Verena Forstinger and Markus Conzelmann of Carlson Rezidor advocated better development structures for women in leadership (WiL). In fact, the importance of women was a recurrent theme of the day, with Biver praising their strength and Nordstrom emphasising the huge part women would play in the future as the primary occupants of cities and, increasingly, the better-educated sex.

It was with a touch of irony, then, that Forstinger opened with: "We have heard today that more than 60% of people on Earth are women, but looking into the audience now, I can't find them."

Forstinger and Conzelmann explained that Carlson Rezidor had made it a priority to increase the number of women in leadership positions (general manager or above) at the company from 16 to 30% by the end of 2016, offering better progression to the 60% of its heads of department who are female. They identified lack of confidence as a major inhibiting factor, and encouraged EHMA members to adopt WiL mentoring programmes, and provide more flexibility in terms of working hours and locations for women and men with children.

Between talks, I spoke with EHMA treasurer Johanna Fragano about her views on this topic. "We need the recruiters among us to recognise that women should not be thought of as second-rate employees because of the fact that we have a duty and a privilege to be mothers," she said.

And the prize goes to...

The awards presentations at the gala dinner provided, as ever, the climax of the conference. The coveted European General Manager of the Year Award went, for the first time ever, to a Greek general manager. Panos Almyrantis, of the Daios Cove Luxury Resort and Villas in Crete, was recognised for garnering international recognition for the resort, and in particular for his impressive revenue results, even amid the country's economic crisis. Almyrantis put his success down to brand awareness and a good development plan, and expressed his excitement at winning.

"Seven years ago I went for the first time to the EHMA conference in St Moritz, and I saw these directors and general managers who to me looked like superheroes," he said. "Over the years, I've tried to learn more from them... It makes a real difference for us to see our country finishing a bit ahead, despite the crisis."

This year's Diversey Care Sustainability Award was presented to Palmiro Noschese, Italy area manager for Meliá Hotels International, in recognition of his project to engage six young people with Downs syndrome in on-the-job training at the Meliá Roma Aurelia hotel. Tasks and training were tailored to the competences of each participant, and the programme stands as a successful model for hotels looking to run similar projects.

After collecting his prize, Noschese commented: "My team is very proud of what we've achieved, and these three girls and three boys gave us many good things. I think it is the role of the general manager and the hotel company to help not only young people, but people of all ages who need some support."

Summing up this year's conference, Koch reflected on the many lessons learnt. "The statement that struck me most was: 'Be first, be different, be unique'; that's a winning recipe." As the communication revolution continues, EHMA members will need to call on such lessons to ensure their hotels remain competitive. However, the spirit of fraternity that EHMA continues to elicit, together with a new website allowing closer interaction, means that while general managers may be on their own in this endeavour, they are at least "alone together". 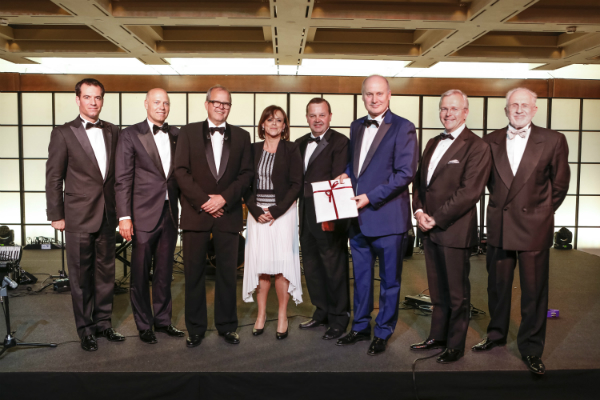 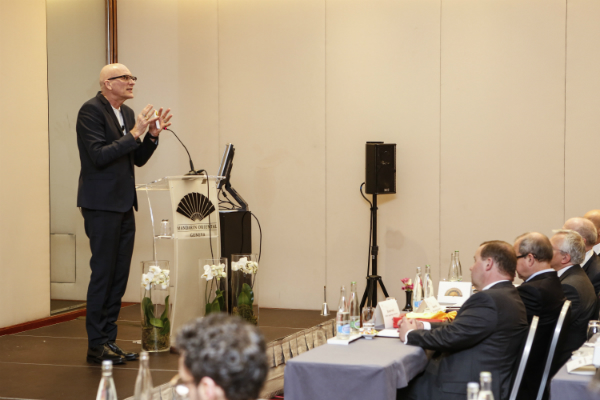 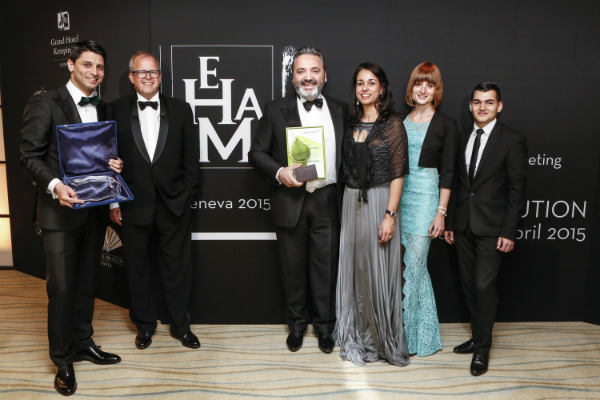 Left to right: General Manager of the Year winner Panos Almyrantis...
Post to: