The Israeli hotel market is going through something of a boom period, with performance hitting impressive levels in both city and resort destinations. Hotel Management International’s partners at STR break down the figures.

Israel’s hotel industry is on pace for a record-breaking year with average daily rate (ADR) as the main driver of performance, according to data from STR.

Through the first ten months of 2018, Israel posted an ADR of ILS806.28 (£168.75), a 7.8% increase compared with the same period in 2017. Additionally, that absolute ADR level was the highest for any October year-to-date time period in STR’s Israel database.

“Solid growth in demand that began in 2016 has given hoteliers in the country the confidence to push room rates – even as the presence of the sharing economy continues to broaden,” says Thomas Emanuel, STR’s director of business development.

“Occupancy comparisons have been fairly flat thus far in 2018, but ADR increases continue to drive positive yearover- year developments in RevPAR [revenue per available room]. Over the past two years, both occupancy and ADR have been maintained at roughly 10% above the previous performance peak in the country. All of this points to a healthy marketplace overall.”

“Jerusalem and Tel Aviv are the two cities outperforming the national average, but as another indicator of the health of the country’s hotel industry, we are also seeing growth across Haifa, Eliat and the Dead Sea,” Emanuel said. 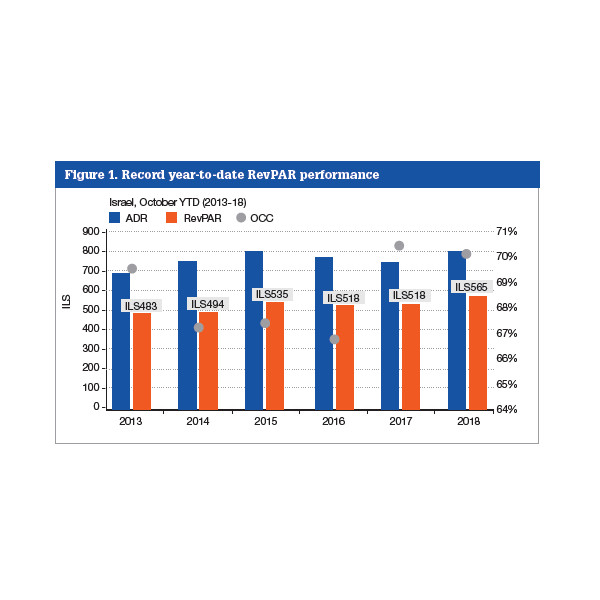 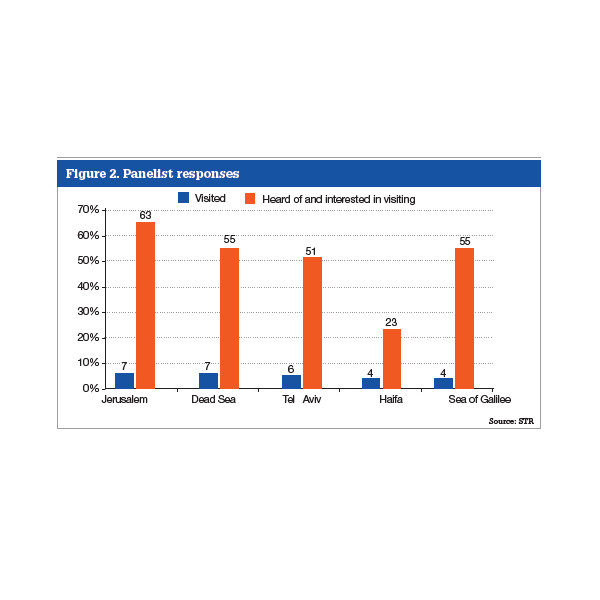