Perhaps the biggest issue facing the European hospitality industry is a war for talent, between direct competitors and against other industries often seen as offering more attractive career prospects. Setting a clear career path, and establishing ongoing learning and training programmes are prerequisites for any operator. Abi Millar discusses the challenges with Hyatt’s Yves Givel, Rob Zajko from Hilton and citizenM’s Michael Levie.

To use the UK as an example, three of every 10 hospitality workers leave their role within a year – double the average across all sectors. While some of this can be chalked up to the nature of entry-level hospitality roles (often filled by students on summer jobs) there are other factors too.

According to a 2018 YouGov survey, Brits have mixed attitudes towards hospitality careers. Of the 1,006 people surveyed, only 3% said they chose to work in hospitality for the career prospects it offered. When asked why someone might leave the sector, the respondents cited unsociable working hours (69%) low pay and poor benefits (63%), and a lack of career prospects (35%).

“Although the industry is very glamorous and has a lot to offer, it’s often characterised by long hours, shift work and working at weekends,” says Yves Givel, vice-president of human resources at Hyatt. “Many roles require that people stand or walk all day, they have to deal with customers and, especially at an entry level, the salaries aren’t always as competitive as they would be at a bank.”

He thinks the industry could do more to make itself attractive to jobseekers, be that through “bringing back the glamour” or simply through highlighting the breadth of career paths.

“It is an industry where people can make a great career. We just have to work together to make the industry a little bit more sexy again,” he says.

Rob Zajko, senior director of talent acquisition for EMEA at Hilton, thinks hospitality is “the perfect industry” for ambitious young people, particularly those open to international assignments. However, he feels the opportunities need to be communicated more clearly.

“The industry offers a variety of paths, including front of house, kitchen, engineering, management, finance, marketing and sales, so our first challenge is to ensure we clearly highlight the benefits of a career in the industry and demonstrate the scope for progression,” he says. “We continue to work hard to create an environment in which all our team members can thrive, and we know that for young people in particular, this means more than a pay cheque.”

Most of all, it means keeping an eye towards employees’ prospects and ensuring you have strong development programmes in place. While retention can be tricky when it comes to junior employees, Givel says that is not such a problem higher up the chain.

“We continue to work hard to create an environment in which all our team members can thrive, and we know that for young people in particular, this means more than a pay cheque.”
Rob Zajk

“The retention of senior staff is not a critical issue once employees get traction and start developing,” he says. “At this stage, it becomes a really interesting industry because at a fairly young age they can become a function leader, looking after a whole function within a hotel; or general manager, looking after a small property to start with; or they can specialise in a function moving to a regional role.”

In a 2017 survey of general managers, 13% were under 35. Clearly, this is an industry in which talent can rise quickly, setting it apart from industries with more rigid hierarchies. To use accountancy as a point of comparison, the majority of senior accountants will have followed a similar path to get there. But among hotel general managers (even those at the same hotel company) no two routes will have been the same.

As Givel explains, Hyatt offers ‘different tracks on different levels’ – programmes that help employees make the jump to the next stage of their career.

“We have career tracks for graduates that are coming in, to help them develop their skills to move into middle management,” he says. “We also have development programmes for employees to develop internally and acquire the necessary leadership skills to take on bigger roles. We then have specific programmes to help them become more senior leaders in a hotel. So a lot of our programmes address these important career transitions.”

While these programmes do cover technical skills, social and leadership skills are just as important.

“The value system of a leader changes after each one of these transitions, and it’s our role to make sure people understand what their next transition is all about,” says Givel. “By the time someone moves into a general manager role with us, we have very little turnover because that’s where we really look after them.”

Similarly, Hilton provides many different types of training. These include apprenticeships for school leavers and supervisors, along with a number of graduate schemes.

“Elevator is a fast-track, 18-month scheme that prepares graduates to take on the role of general manager within five to eight years,” says Zajko. “Our graduate Management Development Programme aims to develop talented, nationally mobile individuals and equip them with the skills needed to run their own food and beverage, front office, or conference and events department within 18 months. For those with a mind for numbers, Finesse Finance provides the necessary training to reach the level of finance director within five to seven years of completion.”

These are hands-on, practical courses, helping graduates understand how their learning can be applied. The Elevator scheme, for instance, requires graduates to spend nine months at two different hotels, experiencing every aspect of hotel management. Upon completion, they consolidate their experience via a series of leadership development programmes.

“In addition to these formal training programmes, team members can also benefit from Hilton University, which provides access to more than 2,500 online learning courses and training, available in 18 languages,” says Zajko.

For many operators, proprietary training schemes of this kind are a real point of differentiation. That said, partnerships with external providers can be just as important.

Some of Hyatt’s courses come directly from outside providers (such as eCornell, Harvard ManageMentor and LinkedIn Learning). In other cases, the material is developed internally, albeit with the help of external consultants.

“It’s really about making sure we pick the right material that fits into our leadership model,” says Givel. “When you go down to the hotel or area levels, they also complement the leadership curriculum with local offerings. So it could be they work with a local hotel school, especially where specific language capabilities are required.”

Michael Levie, COO of citizenM, has quite a different take on training and retention. Unlike most other operators, citizenM is famed for its open-minded recruitment policies, actively seeking talent from beyond the hotel sector. This, says Levie, has enabled the company to bypass many of the issues that have others running scared.

“We have devised a way of finding people from mostly outside the hospitality business, and have been able to recruit them more on their character than on their hotel experience,” he says. “As such, when the industry talks about the war for talent, we don’t necessarily have that experience.”

He adds that while citizenM is not immune from macro influences (such as the threat posed by Brexit), it has the advantage of being able to tap into a larger pool of people. And while it does provide a broad range of in-house training programmes, helping employees grow from line staff to managers to GMs, he maintains this isn’t a particular feature that draws people to citizenM.

“There are staff who are looking for growth opportunities and it’s great we can provide the programmes, but I wouldn’t say it’s a major selling point that we highlight in order to build up a strong conduit of staffing or recruitment,” he says.

That said, Levie thinks that formal education will stand to become more important in hospitality in the future. To date, this is largely an industry in which people learn on the job, which arguably makes the industry less innovative than it should be.

“I think that you will see that specialists from other fields will take on jobs within the hospitality industry, but I would sincerely hope that specific hotel education and the ability to govern our own industry improves over the next couple of years,” he says.

Givel thinks that future hotel training programmes will skew more towards the digital, via a combination of online learning modules and in-person coaching sessions. On top of that, there will be more scope for flexibility; for example, with the option to do a master’s degree on a modular basis over a period of years.

Zajko agrees, adding that we’ll see even more demand for training and progression opportunities over the years to come.

“We’re placing more emphasis on creating shorter training in bite-sized modules, which can be completed on the go,” he says. “Studies and our own experience shows that Gen Z expects continuous training and development from their employer throughout their career.” 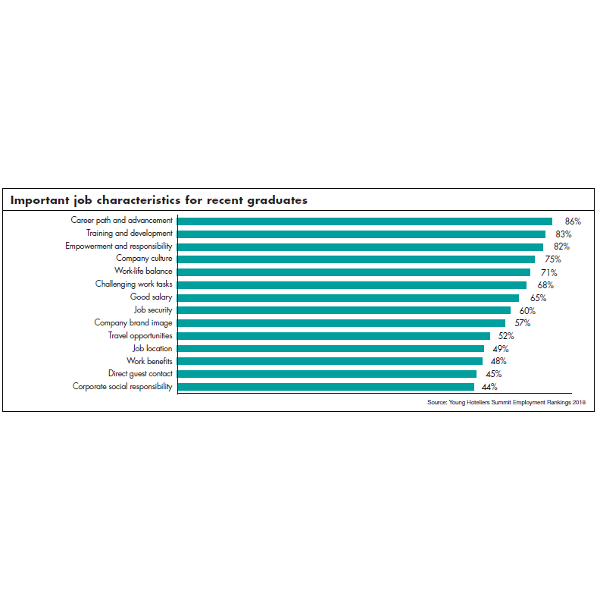 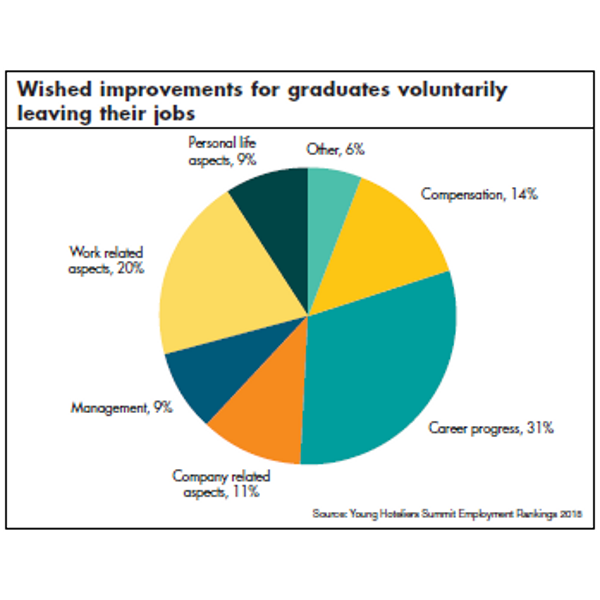 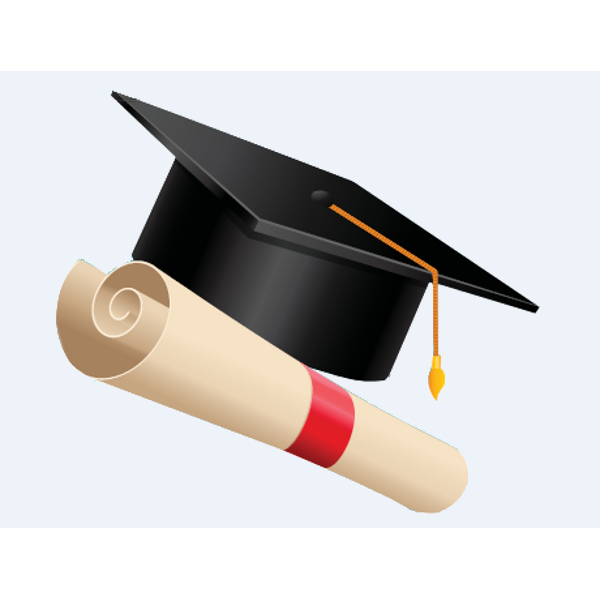