Jimmy’s place – the evolution of the Beaumont

With such triumphs to their names as the Wolseley and the Delaunay, the success of Chris Corbin and Jeremy King as world-class restaurateurs speaks for itself. But when they set about creating their first hotel, a 90-year-old garage may have seemed an unlikely place to start. Lead architect Patrick Reardon speaks to Sarah Williams about the ambitious project, evoking the elegance of pre-war Mayfair, what makes the first-time hoteliers quite so good at what they do and the influence of one Jimmy Beaumont.

In 1926, a garage was built at 8 Balderton Street in London's Mayfair to serve the customers of nearby Selfridges - a symbol of the growing popularity of the automobile. It remained in much the same function - most lately as an Avis Rent a Car - until site owner and investor Grovesnor opened a limited competition for the creation of a small hotel.

For would-be hoteliers Chris Corbin and Jeremy King, the invitation to enter was too good to miss, and they turned to ReardonSmith Architects to help plan the transformation.

Executive chairman Patrick Reardon had first met King and Corbin around seven years ago, after an introduction from the architect's daughter, and editor of Tatler, Kate Reardon. ReardonSmith embarked on a search for a suitable property for the restaurateurs' first hotel - a find proving rather elusive until Grovesnor's opportunity came into play.

Duly victorious in the competition, the work to swap cars for concierges began. Corbin and King's vision was to reflect the art deco aesthetic of the original building in an establishment evocative of the comfort and style of Mayfair in the 1920s and '30s. For ReardonSmith, this meant a delicate balancing act.

"The number of rooms became very important, obviously in a commercial sense and in an asset sense: how much it would be worth, measured per room. So our challenge was to achieve all that they wanted within a fairly restricted environment," Reardon says, settling into his chair in The Beaumont's soft-lit American Bar.

"It was very much this little jigsaw puzzle, in that you had to get as much out of the building as you possibly could, without destroying not only the character of the building, but also their vision for it."

"It was very much this little jigsaw puzzle, in that you had to get as much out of the building as you possibly could, without destroying not only the character of the building, but also their vision for it."

Faced with vehicle ramps between each floor, a deteriorating structure and even some wartime bomb damage, the architects chose to remove the entire interior of the building while maintaining the facade. This also allowed them to reposition the floor levels, and to better incorporate the necessary extensions, a sensitive addition to the north wing; two supplementary floors added to the roof to house the largest suites; and two new basement levels to include space for a small spa, hammam and gym.

The final scheme would allow 73 guest rooms and suites; the all-important Colony Grill Room restaurant and American Bar, both open to the public and carefully positioned to be directly accessible from the lobby; a private dining room; and, at King's behest, the 'Cub Room' - a separate lounge for residents and their guests, heralding a return to tradition.

An unexpected hurdle - that the building was listed just days before the planning application was due - "caused a few sharp intakes of breath, but we managed it," Reardon says. To meet the requirements, the two additional floors on the roof were positioned slightly behind the main facade, but their overall appearance is the result of a stylistic choice; an unfussy interpretation of the original. Simple stucco elevations and window detailing maintain harmony with the existing features, rather than attempting to copy them.

For Reardon, sensitively achieving such extensive alterations required a straightforward approach, although his intuitiveness bears testament to more than 40 years' experience as a hotel architect.

"Our constant mantra when dealing with historic buildings like this - and we've worked on most of the major historic hotels in London and are working on The Lanesborough at the moment - is 'the building will tell you what you need to do'," he says. "You don't need to be clever and 'creative' and aggressive; just look at the building, understand it, and it will tell you."

In fact, it was more than the building itself that dictated its final iteration. Another voice - and an alternative narrative to how today's hotel came into being - was that of 'Jimmy Beaumont'.

In what Reardon hails as the most imaginatively prepared design brief he's ever encountered, Jeremy King told - or rather dreamed up - the story of Jimmy as an owner of a small hotel, bar and restaurant in New York in the late 1920s, who became increasingly frustrated with prohibition.

"So 'Jimmy', the wonderfully fictitious Jimmy, moved his operation to London, found a location, and replicated with as much fidelity as possible what he had in New York," Reardon says.

"Jeremy then wrote this little 'novel' about what Jimmy's done and what he's doing, and the kind of guests he had in New York and the atmospheres he created. And he gave it to the interior designers [Richmond International] and said 'that's what I want'. The rest is what you see."

The invention of Jimmy, King's self-described 'eureka moment', provided a clear course for the greater and finer details of the hotel. Lining the walls - from guest rooms to the dark wooden panels of the Cub Room - are photographs and artworks from the period, each selected by King. Playful touches include the black and white pictures of hairdressers at work displayed in the hotel's barber.

These creative adornments also nod to a fundamental aspect of the hotel's design - a commitment to delivering art in the public realm, initiated by Grovesnor and the City of Westminster in the competition guidelines, but also highly valued by Corbin, King and the design team.

"Housed within its belly is a tall, stark guest bedroom, clad in hand-crafted dark-wood boxes that mimic in reverse the stainless steel of the external figure."

"We decided, as part of the competition entry, that the only way to respond properly to the passionate requirement for art of that form was to ensure, as best we could, that it became part of the building," Reardon says, "rather than the owner running out a few days before the hotel opens, buying a piece of sculpture and sticking it on the forecourt and saying 'there it is'. This wasn't going to be a checkbox exercise or an afterthought."

Acclaimed British sculptor Anthony Gormely, a friend of King and Corbin, was engaged in the project and his involvement became another of The Beaumont's success stories.

The very opposite of an afterthought, the hotel's largest contribution to public art now greets visitors upon first arrival outside, rising 10m from its seat upon one of the building's adjoining wings. ROOM, Gormely's crouching man, is not only an arresting sculpture but also forms an inhabitable part of the building.

Housed within its belly is a tall, stark guest bedroom, clad in hand-crafted dark-wood boxes that mimic in reverse the stainless steel of the external figure. Serviced by a larger guest suite in the hotel's characteristic art deco style, ROOM itself is all-but empty.

"All it contains is a bed; that was Anthony's absolute insistence," Reardon explains. "The interior is virtually black, and it has a single white bed.

"His notion is that it is black and warm and velvety, and you should enter the room naked - I suppose as an expression of the womb, really."

For all the hotel's impressive sights, from ROOM's mill-finished steel exterior, to the elegant art deco foyer, Reardon is keen to highlight the unseen aspects he views as essential to Corbin and King's success.

"Their attitude to restaurants is very much a hands-on, almost 24-7 focus on what they are offering their guests and - this is really important for people who understand - how they respond to, motivate and energise their staff," Reardon says. "We paid as much attention in terms of detail, design and finish to the back-of-house areas as we ever did to the front.

"We work with great pleasure for many of the major international corporations around the world - Four Seasons, Marriott and all of them," he adds. "Each one is excellent in its own right, but to work for a much smaller entity that is embarking on its first hotel and yet bring this tradition of proprietorship rather than simply ownership and management, was unique, in my experience."

The new hoteliers' approach may well have been a first for Reardon, but it is unlikely to be the last. While he remains enigmatic about the details, Reardon hints at a second hotel with King and Corbin in the early stages of development - another opportunity for the talented collaborators to deliver their timeless blend of classic style, high-class service and modern comfort. 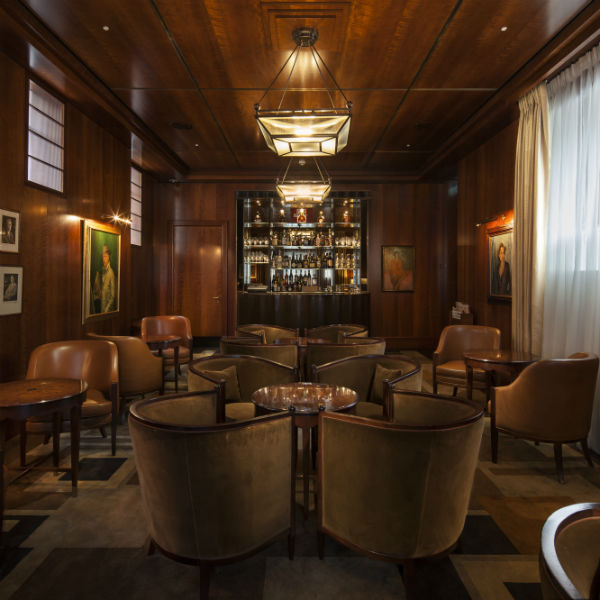 The Beaumont, in London’s Mayfair offers classy interiors to its guests. 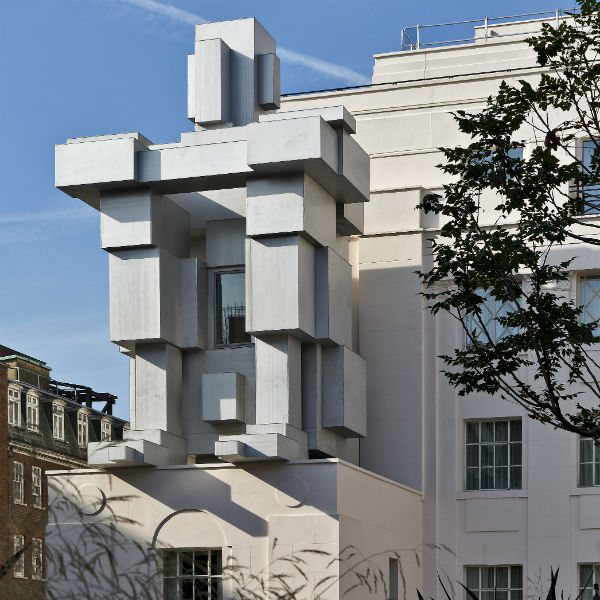 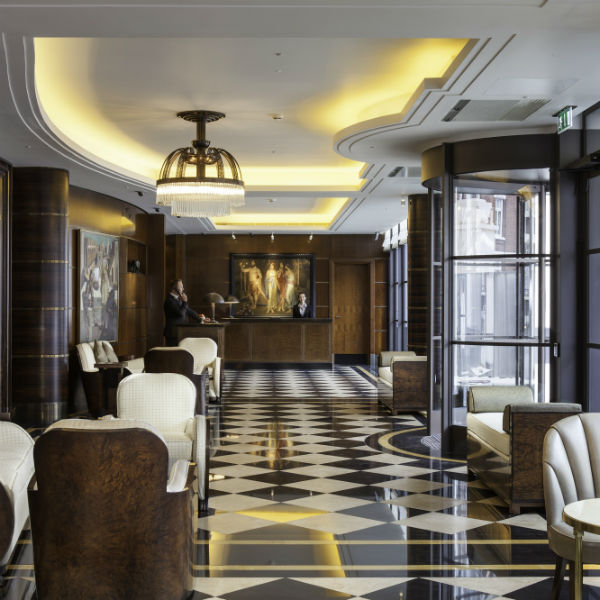 The designers imagined the life of Jimmy Beaumont to infuse the project with a prohibition-era decor.
Post to: