The recent demise of Thomas Cook has raised questions about the fate of the organised travel business, particularly the package holiday. With consumers increasingly comfortable booking every facet of their trip themselves, tour operators need to up their game. James Harper sits with Simon Lynch, sales director at Scott Dunn, to investigate what it is doing to face down those challenges.

For all the sadness that greeted the collapse in September of Thomas Cook, one of the world’s oldest travel brands, there was a whiff of inevitability about the whole saga.

In its 178 years of operations, the British package tour operator attained institution-like status, providing affordable travel for its millions of annual customers. Its branches became a familiar feature of the UK high street, offering impressive economies of scale for the group.

But by the time of its demise, Thomas Cook resembled something of a wheezing giant, weighed down by a combination of huge debts – reported to be in the region of £1.7 billion – and bad management. This rise of online rivals, budget airlines and Airbnb also dented its cause considerably. Most damaging of all, however, was the group’s failure to reinvent itself. Whereas rival easyJet started offering its customers a range of deals, from weekend getaways to three-week breaks, Thomas Cook remained inflexible in sticking to its package holidays, limited to either one week or two. It also made the mistake of retaining its lossmaking high-street premises.

“The fundamental issue for all travel companies is that you’re not relevant unless you really begin to understand your guest,” explains Simon Lynch, sales director of luxury tour operator Scott Dunn.

“Not that I wasn’t shocked or saddened by the collapse of Thomas Cook, but I think they let that slip and began offering what they wanted to sell rather than maybe what guests wanted. Their stores looked like they did 20 years ago, despite travel having moved on hugely. There was a lack of relevancy.” Amid the aftermath of Thomas Cook’s demise, there has been much speculation over the fate of the package holiday, in which any two parts of a trip – be it flights, accommodation or F&B – are bundled together and sold at a fixed price. In the digital age of unbridled choice, in which many travellers feel comfortable booking every facet of a trip themselves, are operators becoming surplus to requirements?

Counter to some areas of popular belief – Ryanair CEO Michael O’ Leary recently described the package holiday as “screwed” – the short answer is no. In 2018, approximately 18.1 million all-inclusive tours were sold in the UK, according to the Office for National Statistics – representing a near record high.

Top-end operators, such as Scott Dunn, are also riding high thanks to strong demand for luxury tours. Lynch, who joined Scott Dunn from Abercrombie & Kent in June, attributes this success primarily to a customer-centric strategy that transcends the online versus offline debate. “Whether you’re an online player or an offline player, this all comes back to the same thing: connecting with the guest,” he says. “Customers are giving you their time – whether that’s time with their loved ones, time off work, time to unwind or time to explore.

“Irrespective of whether you’re offering a great app or a positive retail experience, operators need to connect with what guests really want and understand why they’re travelling in the first place.”

Adapting to the times is also crucial. When Scott Dunn started out in 1986, its main package was based around the ski season. However, in 2019 the group decided to discontinue its serviced chalet operations in the Alps as a result of “changes in the marketplace”.

“Our guests were telling us that they wanted a slightly different proposition,” says Lynch. “Instead of being beholden to the chalet every single night, they might want to go into town one night for a meal. So, we’ve adapted our offering accordingly and come up with a new proposition. Ski sales for this coming winter are looking fantastic.”

Lynch is under no illusion that digital players have disrupted the marketplace – “they’ve made their spaces really exciting” – but travellers, he says, still value personalisation and a helping hand when it comes to choosing the right holiday. It’s an approach that flies in the face of the type of mass consumerism sometimes associated with package tours.

“This is about sitting down with guests and suggesting holidays based on everything they’ve told us, as opposed to sticking an advert out for a destination and hoping someone will be interested in it.

“Our job is to help them navigate the unknown, and to cultivate and create a bespoke experience. Guests want a tailor-made experience, not a pre-designed, offthe- shelf package based on what operators might think they want.”

A growing demand for experiences away from the beaten track has also been to the advantage of Scott Dunn, which offers polar expeditions to Antarctica. The latest addition to its destination list, as of the past summer, is Mongolia.

“Guests pay us to take them out of their comfort zone,” says Lynch. “Bearing in mind that for many people, a holiday is their biggest yearly investment beyond their house, we have to make sure it is something that’s really memorable. Because it’s these experiences that give people the appetite to keep on travelling.”

Travellers also place a high premium on safety and security, particularly in light of terrorist attacks that have blighted parts of the tourism industry in recent years. In the post-mortem of Thomas Cook, many commentators pointed to terrorism and political unrest in North Africa and Egypt – all key markets for the operator – as a contributing factor in its downfall.

Similar concerns apply to one of Scott Dunn’s most popular destinations, Sri Lanka, which was hit by terrorist attacks in April in the capital Colombo, leaving 290 people dead. While none of its guests were caught up in the violence, the agency had to act fast and ensure each and every one of its customers was presented with alternative itineraries when and where applicable.

“We were with our guests every step of the way,” says Lynch. “For those that wanted to come straight home, we got them home straight away. We also offered alternative destinations at no charge, [an opportunity that] some took. Others just wanted the reassurance that we were with them. It was about trust.”

“We can’t afford to turn guests off from us because we don’t have the right environmental credentials. Any travel operator that’s not currently looking at that will come unstuck sooner or later.”

As rosy as the picture may appear for package tour operators in the luxury end of the market, there is no getting away from the fact that booking a holiday independently has never been easier. As technology advances, the process is likely to become even more fuss-free in the future.

Elsewhere, concerns around climate change and the environment are also making travellers think twice about flying. How does a company like Scott Dunn meet these challenges? “Again, we can only remain relevant if we understand our guests’ needs,” says Lynch. “I wouldn’t say we’ve seen any big change in our guests’ flying habits as a result of climate change yet, but we still need to adapt. That means ensuring we have a responsible travel commitment really embedded in our core values. We can’t afford to turn guests off from us because we don’t have the right environmental credentials. Any travel operator that’s not currently looking at that will come unstuck sooner or later.”

Speaking to the Financial Times in the wake of Thomas Cook’s collapse, Scott Dunn CEO Sonia Davies argued that the welter of booking options online can provide travellers with “too much choice” – in turn, playing into the hands of operators who are given the opportunity to differentiate themselves.

“We have seen a growth in companies like ourselves, as well as independent experts, who are cutting through all the noise you see online relating to travel,” says Lynch, mirroring the sentiment.

“They are trying to think beyond just destinations and become real specialists in understanding the guest. Online, it typically starts with a ‘where is it you want to go?’ search before receiving lots of bombardment. With companies like us, we build the holiday around you.”

The downfall of Thomas Cook serves as a classic cautionary tale of what happens when a business – however steeped in history it might be – loses sight of its customers. For Lynch, it is now the traveller that is front and centre of the offering, and no longer the destination.

“It’s increasingly becoming less and less about destinations, and more about the guests,” he says. “Operators need to design and curate these memorable experiences around them.” 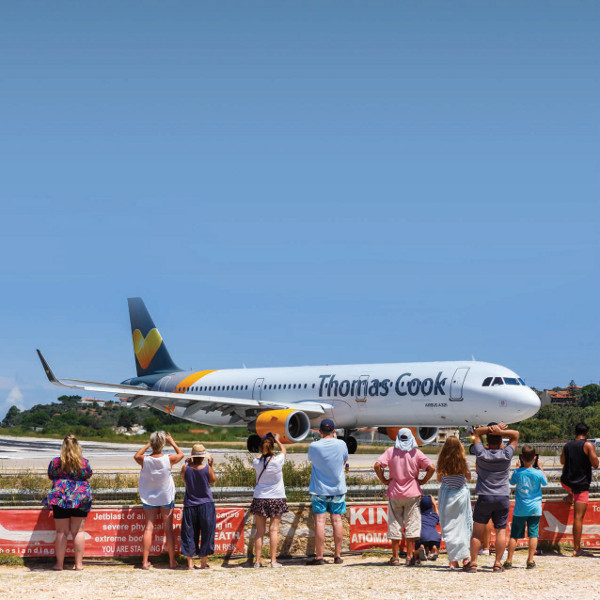 The collapse of Thomas Cook has forced the package holiday segment into a major rethink. 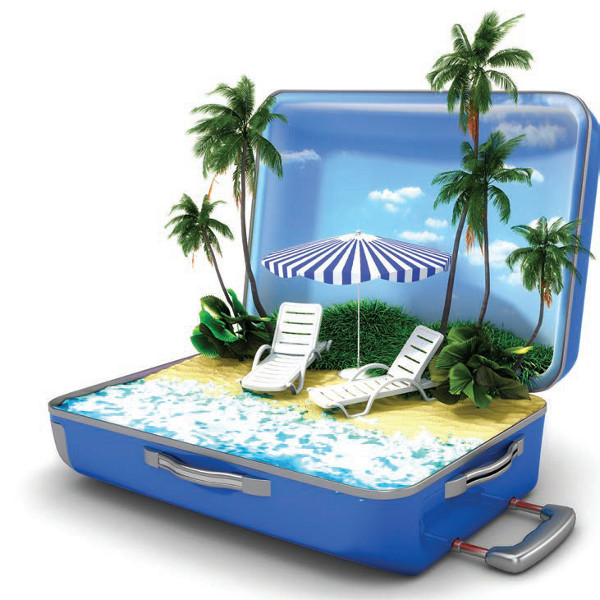 Holidaymakers have a lot more choice to set their own agendas. 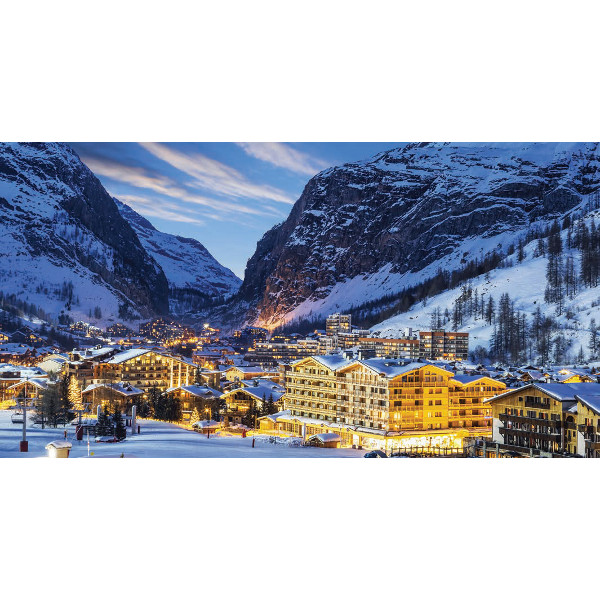