From online travel giants to the heads of the ‘Big Four’ hotel brands, the industry’s leaders gathered in Berlin for the International Hotel Investment Forum in early March. Hotel Management International heard from owners, investors and CEOs about how the market is shaping up for the coming year.

From the Mediterranean to Scandinavia, 2017 was a bumper year for the European hotel sector, with performance well ahead of previous peak levels. But such success has also prompted conversation about exactly where we sit in the current cycle and whether 2018 can realistically expect to sustain such highs.

In the search for answers to such questions, there are few better places to look than Berlin’s annual International Hotel Investment Forum (IHIF). Held at the city’s Hotel InterContinental on 5–7 March, it’s an event that consistently attracts the biggest names from across the industry and serves to set the tone for much of the year ahead.

Robin Rossman, managing director of STR, was one such luminary. Presenting his 'Global Investment Outlook 2018' on the first morning, the analyst noted that occupancies are now almost 10% higher than they were at the previous peak of 2008. “During 2018, we expect to see another year of 5%+ RevPAR growth across Europe,” he commented.

His UK outlook was mixed. The year following the Brexit referendum saw a big boost in demand as the pound became cheaper, allowing hoteliers to boost their rates. Occupancies have now turned negative, however, with rates beginning to decline. “2018 will be challenging for London with 0–2% RevPAR growth,” Rossman acknowledged.

Markets that had been affected by terror attacks – Barcelona, London, Berlin and Manchester – saw no long-term impact upon RevPAR, but recovery for Paris had not been such a smooth process. The outlook for the Mediterranean was strong, with city locations seeing a 40–50% RevPAR increase over past four years and resorts showing 50–60% growth.

A panel on investors’ intentions in 2018 and beyond was moderated by Keith Lindsay, managing director, EMEA, for CBRE Hotels. “There is a wall of money looking at the hotel sector at the moment,” he said. “2017 was a bout of frenzy and with all the capital formation happening at the moment, 2018 is likely to see more of that.” The CBRE Hotels investor sentiment survey claimed that 37% of investors are looking for capital growth in 2018, compared with 24% in 2017.

“We’re still trying to grow the Atlas business organically in the UK,” said panellist Desmond Taljaard, managing director of hotels for London & Regional. “People seem desperate to focus on the high labour aspect of the UK. Limited service still works and luxury is a good opportunity, despite the higher staff costs. I don’t get the bit about the stuff in the middle.”

Coley Brenan, partner and head of Europe at KSL Capital Partners, also retained high hopes for the market. “When we look across multiple cycles and look at consumer habits, the UK remains super attractive,” he said.

Abhishek Agarwal, managing director for real estate at Blackstone, reflected on the booming resort segment in southern Europe. “We’ve made some investment in the resort sector and there seems to be an imbalance between the demand and supply side,” he said.

“To take the example of Spain, last year it saw 82 million international overnight visitors; it was the second most visited country globally behind France. If you look at European airline capacity and their order books – if you see where they’re allocating in the future – Spain is growing by about 11%. If you look at secular demand drivers, like people preferring experiences rather than goods, that’s all driving demand. But if you look at supply, there is little. There is limited coastline in which to grow. The sector has not been invested [in] as much as other areas have been. You have an opportunity to get the yield investing in underinvested businesses.”

A session titled ‘The owners’ view: increasing profitability’ was moderated by Jonathan Langston, managing director of HotStats, in conversation with Cody Bradshaw of Starwood Capital Group; Henderson Park’s Neil Kirk; Anders Nissen, CEO of Pandox; and AccorInvest CEO John Ozinga “Now, we have hundreds of distribution channels and just a few are held by brands,” Nissen said, musing on the power of online booking platforms. “To get value, you need to understand the OTAs, your own brand, the competitor set and your local management, and you need to work with all of that. We have a positive view of online travel agencies (OTAs) – they cost too much, but they create a lot of demand and they have introduced technology that we, as an industry, have not done ourselves. There may be so many more channels that the commission may come down, and to call the OTAs the enemy is not right.”

“We need to work with the operators, the brand managers,” Kirk acknowledged. “We need to align ourselves with them; they have worked for a number of years with the same model – we can’t just beat them up.”

“We’re all students in this game, we’re constantly learning and part of our job is to facilitate the learning of best practice,” Bradshaw said. “There is a spectrum of asset management; on the one hand, operators monitoring, and the other is real, in-the-trenches operations. Asset management is like peeling an onion, and you can go back a few layers and think you’re gone quite deep, or you can go even further back. You have to have your hands on it, but do it in a collaborative way.”

“We function best when there [are] times of struggle, because we help owners put cash back into their operation,” Magnusson said, reflecting on the dominance of hospitality’s Big Four. “There are some icebergs in the water, like Brexit, Airbnb – both vastly underestimated. We want to help the independent hotelier fight against the rise of the OTAs and the rise of the brands. In the UK and the US, we don’t compete with the Hiltons or the Marriotts; we started at the grassroots, in the small towns. When you get outside the big cities, that’s the vast middle, where you get 80% of the hotel stock. We are excelling as a conversion brand.”

There is a wall of money looking at the hotel sector at the moment. 2017 was a bout of frenzy. – Keith Lindsay, CBRE

But there is no doubting the power and scope of the big brands, as highlighted by the excitement surrounding the final plenary session of the second day: the global CEO panel. This featured Andreas Scriven, head of hospitality and leisure at Deloitte, in conversation with Geoff Ballotti, president and CEO of Wyndham Hotel Group; IHG CEO Keith Barr; AccorHotels chairman and CEO Sébastien Bazin; Chris Nassetta, president and CEO of Hilton; and Patrick Pacious, president and CEO of Choice Hotels International.

Nassetta opened with comment on the success of the recent Tru brand launch. “Tru is like a rocket,” he said. “We have 20 [hotels] open, with 50 scheduled to open next year and 100 more in 2020. The purpose of having multiple brands is to be able to serve any customer, wherever they are, with any need they have.”

Accor now has 24 brands, half acquired and half created. “Four years ago, when I was here, I thought that brands could matter less, but I was wrong,” Bazin said. “Brands are like a group of friends; for every occasion, you can count on them for a different purpose and that’s what clients want. They provide a shortcut in a very crowded world and have enormous value.” Barr agreed, announcing that IHG would be launching a conversion brand later this year and announcing the acquisition of a luxury brand to sit above InterContinental very soon.

And lessons for growing one’s brand lie beyond the hospitality sector, with Bazin saying he wanted AccorHotels to be at the top of consumers’ minds for all things service related. “The problem with our industry is that we see our customers three or four times a year,” he explained. “Facebook interacts with customers 12 times a day, Amazon four times a week. We need to increase the [number] of times we interact with our customers. However, Facebook, Amazon and others are missing the last mile, as they never meet the customer. We do.”

Everything you do has to be customer-centric. If a customer doesn’t find what they want in your store, they will leave.– Peter Verhoeven, Booking.com

“The industry is better at branding today than it was ten years ago and uses owners in an advisory role when creating brands,” said Barr. “Companies that succeed the best really engage with their owners, and are always learning and focusing.”

The third and final day was opened by Alexi Khajavi of Questex, who welcomed Peter Verhoeven, global director of partner services at Booking.com, to the stage for the morning’s Tech Innovation Keynote session. Khajavi asked Verhoeven whether he thought the hospitality industry was innovative.

“There is more to be done as to how to scale the industry through technology,” he replied, while acknowledging that some progress had been made.

When asked where Booking.com chose to innovate, Verhoeven replied that all decisions were driven by the user. “Everything you do has to be customer-centric,” he said. “If a customer doesn’t find what they want in your store, they will leave. Personalisation is a big thing and the learning on that is huge. We need to know what is the most adequate response to the question the customer asks.”

The following session, led by Alex Notay of Places for People, discussed technology investment. Village Hotel Club CEO Paul Roberts believed VR was going to be significant to innovation in the future, allowing consumers to see the experience before purchase. Expedia’s Arthur Chapin agreed, noting that “every investment in innovation is based on a consumer need”.

NH Hotel Group COO Rufino Pérez acknowledged that some setbacks were inevitable. “Failure is needed,” he claimed. “You can’t improve if you are not failing and testing things. You are still understanding and learning.”

This could be said for the industry as a whole. While some uncertainty surrounds just how long current performance levels can be maintained, operators must continue to innovate, develop and grow; standing still is not an option. The overall tone of this year’s event was one of optimism mixed with caution, a sentiment that should stand industry leaders in good stead as they look to put these principles into place over the year ahead. 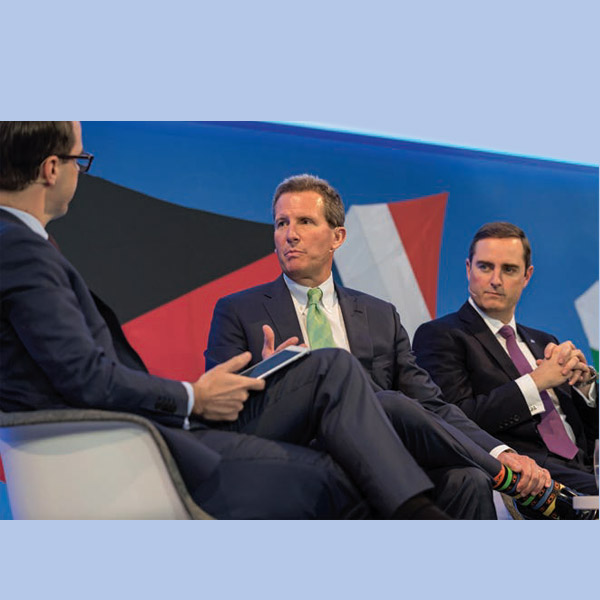 Andreas Scriven of Deloitte, Wyndham Hotels CEO Geoff Ballotti and IHG CEO Keith Barr in discussion during one of the forum sessions. 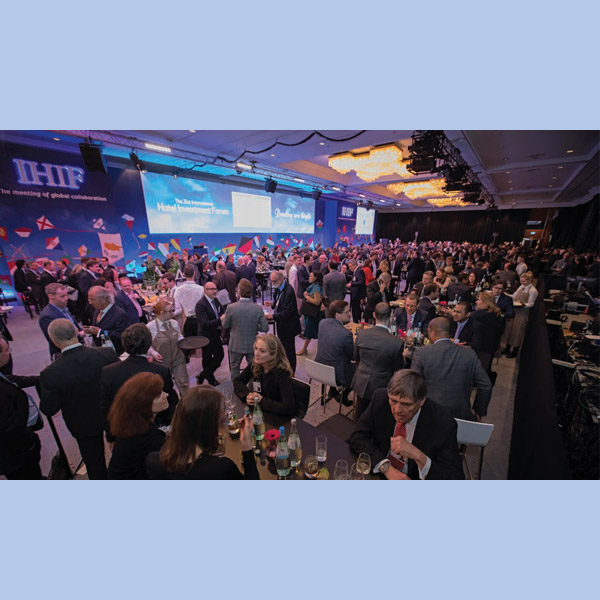 The topics on discussion at the International Hotel Investment Forum in Berlin included the impact of terror attacks on European tourism centres and development trends in investment that are taking place across the world. 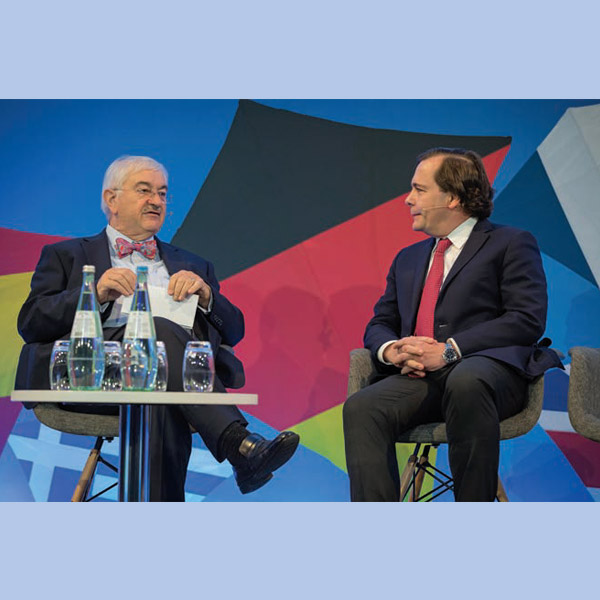 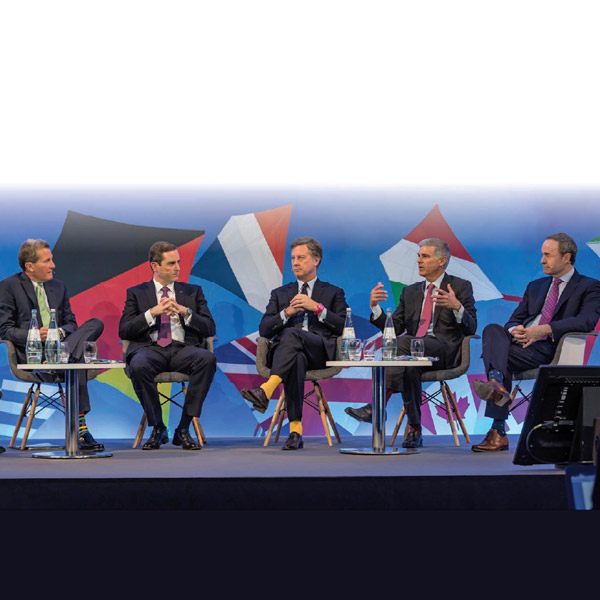