Operators now have access to more data than ever before, with analytics being put in place to enhance customer service, and optimise revenue and loyalty schemes. Will Moffitt investigates which hotels are harnessing this technology most efficiently and the costly impact, financial and operational, of getting your data strategy wrong.

The ability to gather information on customers has always been a valuable resource for hotels. In days gone by this was done by paying keen attention to how visitors behaved, leaving survey cards for guests to fill in or simply asking the immortal question: “How was your stay?”

The ubiquity of tech and the advent of specialised data analytics has only increased this capacity for analysis, allowing hoteliers to gather large amounts of information on guests, building up a picture of that person through the choices they have made at restaurants, bars, shops and other amenities. If a hotel can gather and sift through information intelligently, it should deliver a well-tailored service that meets the wants and desires of its guests.

This cuts both ways. With faster internet, mobile technology, apps and intuitive online technologies like virtual assistants, the ability to give a personalised, convenient form of service is also growing more important to customers than ever before. A survey by Amadeus reported 92% of respondents supported the idea that “hotel guests will expect their stay to be personalised around a set of choices they make at the time of booking or prior to arrival”. By using data to their advantage, then, hotels can better meet these expectations by tailoring services to meet these requirements.

But with information coming from so many different directions, filtering and alignment is a major challenge. One strategy comes through overlapping transactional records with customer reviews. By using IBM analytics to compare the two, Denihan Hospitality was able to enhance customer service in various areas – from room layouts and facilities to menu choices, excursions and hotel amenities. Hotel staff were then given access to these analytics by way of real-time data inputs and dashboards on smartphones, allowing them to better cater to guests’ needs. “Every company has massive amounts of data; it is what one does with that data that can foster a competitive edge,” says Menka Uttamchandani, the company’s vice-president of business intelligence.

Data analytics has certainly better enabled hoteliers to track peaks and troughs in demand, and price rooms accordingly. TUI is even using data analytics and machine learning to optimise revenue by creating a ‘bed-swap’ feature that monitors records of hotel bed inventories in real time. The platform identifies travel periods when the company’s capacities are most at risk, offering beds across international markets where demand is high.

These insights are becoming increasingly influential in the realm of loyalty schemes as hotels look to turn customers into brand devotees through discounts and experience packages. Preferred Hotels, for instance, used advanced analytics to predict and curate loyalty programmes that would appeal to various types of hotel guest.

92%
Of respondents to a recent survey supported the idea that “hotel guests will expect their stay to be personalised around a set of choices they make at the time of booking or prior to arrival”.
Amadeus

Used as part of a clear and carefully executed strategy, data analytics is providing hotels with a way of enhancing customer service, and optimising revenue and loyalty schemes. However, this does come at a cost, particularly if insufficient strategies are in place to counter data fraud.

The hacking of Marriot International in November 2018, exposing the information of 339 million Starwood account holders, has unsurprisingly sparked anxieties over the security of private information within the hotel sector – and prompted a £99 million fine from the UK Government, with UK nationals accounting for seven million of the total number of victims.

Such attacks now pose a greater financial risk to hotels in Europe, as the Information Commissioner’s Office, along with European counterparts, can levy harsh fines through tougher EU data laws. The General Data Protection Regulation (GDPR), which came into effect on 25 May 2018, now gives data regulators the power to fine up to 4% of annual global turnover.

Given that Hilton, InterContinental, Marriott and Hyatt have reported data breaches in recent years, it goes without saying that hotels and hospitality companies will have to shore up their data security or risk costly financial reparations.

Most of these attacks, according to Bloomberg, are focused on property management systems (PMSs) that can give hackers access to credit card information for several years’ worth of transactions in dozens of hotels.

The same report cites a lack of education around data security among hoteliers and structural issues as the main problems hotels face. With larger companies such as Marriott and Hilton, the task of protecting the electronic locks or guest Wi-Fi at an individual property falls on the investors who own the hotels.

“Many of them operate on thin margins and would rather spend money on things their customers actually see, such as new carpeting or state-ofthe- art televisions. The result is a messy technological ecosystem that runs on old software,” the report says.

These vulnerabilities are particularly acute during mergers and acquisitions, with the ICO blaming Marriott for failing to conduct sufficient due diligence during its acquisition of Starwood Hotels & Resorts – cyberattackers had targeted its Starwood reservation system, which held the personal information of up to 500 million guests who had stayed with the group, acquired by Marriott International in 2017, over the previous four years.

“Organisations must be accountable for the personal data they hold,” information commissioner Elizabeth Denham said in a statement outlining the ICO’s intention to fine Marriott International more than £99 million under GDPR for the data breach. “This can include carrying out proper due diligence when making a corporate acquisition, and putting in place proper accountability measures to assess not only what personal data has been acquired but also how it is protected.”

Aside from the security risk, research shows that while larger hotel groups and hospitality companies are benefitting from data analytics, smaller groups can struggle to harness and use information efficiently. A 2018 report done by the HEDNA Hotel Analytics Working Group, which sought to investigate ways in which hoteliers collect, store and analyse their data, found that, “Collectively, the industry is not applying analytics sufficiently well to drive distribution strategy and operations.” The report, which claims to be one of the largest survey samples collected on the topic, notes that “very real challenges exist in hotel data collection and storage, combined with the general quality and timeliness of the data”.

The survey generated 1,053 global responses, representing 40,000 hotels and management companies, with 59% of responses coming from independents. Unsurprisingly, the report asserts that independents are struggling to accurately collect, store and use data, and therefore rely heavily upon thirdparty channels.

The report concludes that high reliance on one’s PMS as “the single source of truth and lack of standards or integration across other platforms point to an opportunity for hoteliers and hotel technology vendors to work more collaboratively”.

This need for collaboration has long been advocated by HEDNA group member David Turnbull, who founded the world’s first and largest independent hospitality data platform in 2012.

The platform, named Snapshot, currently manages transactional data of over 6,000 independent and branded hotels worldwide, with over 45 different PMSs. The aim is to harmonise this trove of information into usable and uniform structures, making it easier for hotels to extract meaningful information from data sets.

In his personal blog, Turnbull describes the investment and management of technology in hotels as being traditionally viewed in the same category as plumbing or air conditioning, “Something that requires only basic maintenance and yearly follow-ups at best.”

For Turnbull, the pivotal problem when it comes to data strategies is integrating legacy systems with an entirely new generation of SaaS solutions. “Even for some of the best technology companies, integrations can involve months of development and testing to create stable connections,” he writes.

Many hotels face frequent outages, data validation struggles and lengthy waits when integrating this new technology. Despite this, he is adamant that hotels continue to embrace new data capabilities or risk “a technology paralysis”.

This is becoming particularly important as nimble, tech-savvy hotel start-ups and Airbnb are able to build data systems from scratch, extracting meaningful insights from that data quickly and efficiently, without being held back by laborious legacy systems.

To resist this technological stagnation, large hotel brands are increasingly looking towards out-of-house technology developers to reduce data silos. Hilton, for instance, has recently partnered with California-based software company Hortonworks to gain a 360° view of each customer, harnessing information on reservations, consumer profiles and the amenities they use in the hotel. For this platform to work, the company had to transition from an old model involving multiple data warehouses to a more unified system.

“The traditional model at Hilton was very siloed. Now, we are focusing on bringing in 360° analytics, whether that’s the reservations data, profile data or details on how customers use amenities in the hotel. We believe in repeating customers in the hotel, and for that, you have to use data to understand what they need,” says Sudhir Menon, vice-president of information technology at Hilton.

While these larger groups, such as Hilton and Marriott, are increasingly creating highly developed data systems, many independent hotels lag far behind due to the high cost of installing and maintaining such platforms.

This has not prevented independent hotels from harnessing successful and efficient data strategies, however, but the challenge can be creating economies of scale in order to leverage larger amounts of data than that available solely to a small group or independent property. Often these are employed alongside data from OTAs and tailored towards niche demographics, as micro-targeting strategies are used to find exactly the right customer to guarantee positive reviews and repeat visits.

As data becomes more prevalent in the wider hospitality field it seems increasingly likely that smaller independent hotels will learn to harness their resources in order to target particular customers and enhance brand exposure.

The truth is, no part of the hotel business, either in the back office or front of house, can afford to ignore the opportunities – and potential dangers – the sheer amount of data we now have at our fingerprints can bring. How one stores, analyses, prioritises and uses that information will play a defining role within the hospitality sector over the years to come. 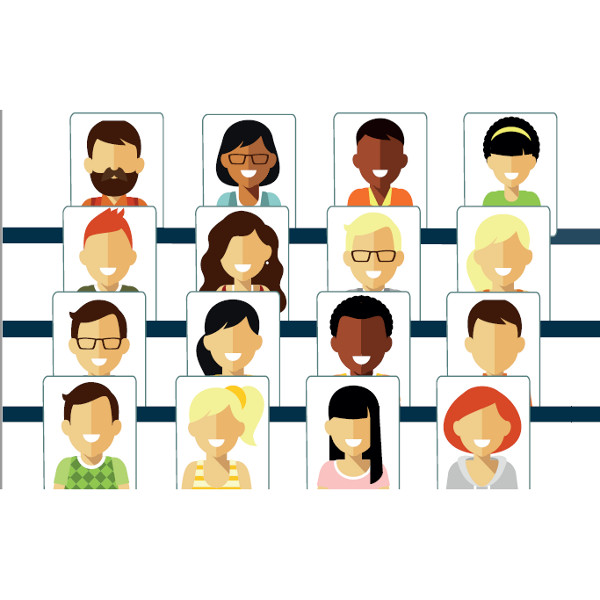