Experience to the fore – Sven Lindblad

For more than 50 years, the Lindblad family have been pioneers of eco-tourism, taking travellersto some of the most remote parts of the world for truly special holidays that don’t fit the cookie-cutter model. As CEO of Lindblad Expeditions, the responsibility lies with Sven Lindblad to dream up new journeys and ensure that he, his company and his guests give back at least much as they take away.

There’s a psychographic phenomenon everyone in travel is talking about these days: the idea that what people really want is to accumulate great experiences, not things. When you buy something, there’s a brief period of happiness, but it’s those really interesting moments, those that touch your emotional core, and give you a sense of adventure and a better understanding of the world, that last forever. We don’t have a lot of time, and we all want to use the time we do have to discover, learn and become more interesting human beings.

After decades in the business, we at Linblad Expeditions think we’ve developed a deep understanding of what our audience is looking for: nature, culture, history and to understand the world better. It’s become a very nuanced field. Nobody’s going to discover Alaska for the first time – Alaska’s been discovered – but how you use that environment, based on being able to provide people a new experience as it relates to their interests, is what we spent a lot of time focusing on.

Sometimes, however, the serendipitous things you never planned turn out to be the most interesting. We have a programme called Epic Arctic, where we take guests around the area between the Canadian Arctic in Greenland. It was set to be an exceptionally long trip; most our voyages take nine to ten days, but this was going to be 22. We were going to go way north, places hardly anyone but explorers have been, so I had to put together a hardy crew – an ice captain and a whole team of experts on everything from the geography of the place to the local communities. With the crew, I subdivided our time into an itinerary of sights we could see on the trip.

However, the elements conspired against us, and we had to change plans: a peculiar circumstance developed with ice flow and the wind, and that opened up the western side of the island, a place that had never been visited before. So we weren’t able to do plan A, but plan B emerged and it was a totally unique experience. I love that guests are open-minded like this and, as long as it’s safe, they trust that you know what you’re doing – because they understand that you’re doing it in order to provide the best experience possible.

This open-minded approach also means that even the well-trodden paths can be reworked and rediscovered with the right mindset. It boils down to nuance. Lots of people travel to Europe, the Mediterranean, the west coast of Europe, the Baltic and so on – but, at the end of the day, there are so many aspects to the region. There’s music, food, culture, art, history, political dialogue, there’s interesting characters. The ship that we use essentially operates like a yacht, so it doesn’t have to go into major ports: you can anchor in the bay of a town, or it can go into the inner harbours.

It’s also critical that we make sure we’re leaving these destinations in as good a shape as we found them. I don’t see this just as philanthropy: it’s essential to making sure we can keep bringing people back, and companies should be investing in the health of the places and the communities that they use. People aren’t going to want to travel somewhere that’s degraded.

There’s definitely a kind of a moral component to this, of course, as it relates to the world and what’s going on, and when people have had a positive experience, their hearts and their wallets tend to be more open to wanting to be a part of that investment strategy. With National Geographic, an essential partner of ours, we distribute about $1.5–2.0 million a year for various projects around the world – a figure growing every year – and that’s a core component of what we do. 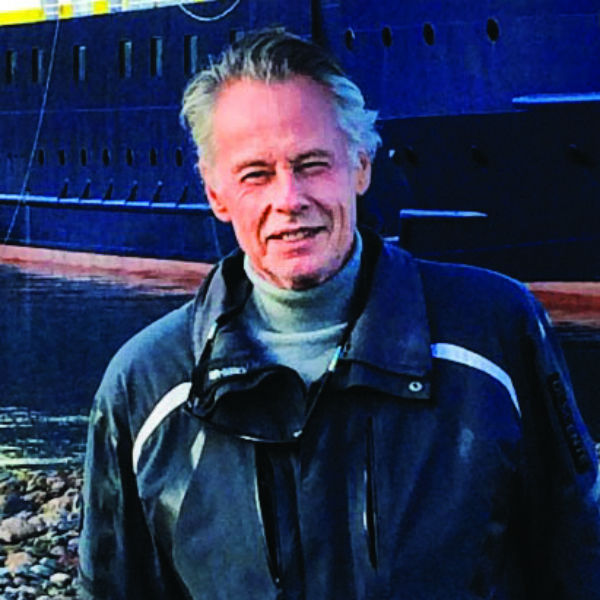