Luxury hotel operators have long lagged behind other segments in the industry when it comes to leveraging the full power of a well-integrated membership scheme. However, in an environment of increased competition, and with more information available on guest preferences and habits than ever before, might traditionally reticent attitudes be beginning to change? Neil Gerrard investigates.

Look at the number of loyalty and rewards programmes among the world’s biggest hotel businesses, and it appears that guests are a pretty fickle bunch.

Loyalty programmes are ubiquitous among the large, multibrand operators. A quick glance at rankings released late last year by the Points Guy (a website dedicated to airline and hotel loyalty points) gives you a good idea: Starwood Preferred Guest, Wyndham Rewards, World of Hyatt, Hilton Honours and Le Club Accor Hotels make up the top five of a long list of programmes, all vying to persuade guests to keep booking stays with them.

But it’s a completely different story when it comes to the smaller or independent luxury hotel operators. In general, they shun such programmes. While many have business-to-business loyalty schemes focused on the travel agency sector, such as the Dorchester Collection Diamond Club, Belmond’s Bellini Club, Rocco Forte Hotels’ preferred partner scheme Sir Rocco’s Knights, or the Oetker Pearl Partner programme – consumer-facing loyalty and rewards schemes are much further and farther between.

The Dorchester Collection doesn’t have one. Nor does Four Seasons, Oetker or Rosewood. But as the gathering and interpretation of consumers’ personal data becomes increasingly core to the success of nearly any type of business, isn’t it about time that they got on board?

Not if you ask Philip Newman-Hall, the former general manager of Belmond Le Manoir aux Quat’Saisons in New Milton, Oxfordshire, and now a respected industry consultant. “I personally feel that there has never been the thought that the more high-end groups need to offer this sort of loyalty programme,” he says. “So much of this luxury market is high-end, discretionary, once-in-a-lifetime spend that it may not be appropriate.”

Fellow consultant Melvin Gold is of a similar view. “I think part of the argument is that luxury hotel operators ask themselves, ‘What do our guests need loyalty points for?’ What reward would influence someone who is paying many hundreds of pounds a night for their hotel room?”

“There is another side as well,” Gold adds. “Sometimes these purchases are for a special occasion like a honeymoon or anniversary or bucket list trip and, consequently, the guests are being aspirational but not particularly loyal.

They might stay for their honeymoon and then not come back until their silver wedding anniversary.” my own property, especially where I was the only property in the UK – I would have been very concerned if there had been a loyalty card introduced where guests could earn points around the world but only had one hotel to spend them at in the UK,” says Newman-Hall.

“I am sure that I would have had to redeem the points at less than their face value and that would decrease my profitability. That is especially relevant if, say, 20-30% of your international client base using properties around the world are UK residents.”

And yet, despite the potential drawbacks, there are a handful of independent luxury groups who have not been discouraged.

“I think there is a misconception that people who stay in luxury hotels don’t care about rewards,” says Vicky Elliot, group director – brand loyalty, at Jumeirah, which launched its Sirius programme in 2003, and revamped it more recently in 2015.

She admits that the programme is unusual for a luxury hotel brand, particularly given that it is points-based, but says that just because some guests are very wealthy doesn’t mean that they don’t want to be members. “I can assure you that it is some of our top spenders who are the ones that will count every point they earn to make sure they get value out of them,” she says.

As far as Elliott is concerned, the cost of setting up such a scheme deters other operators. But Jumeirah started Sirius when it had just one hotel and it has expanded with the group. Under Sirius, members receive two points for every US dollar they spend, which they can then use to access a range of benefits, depending on whether they are at blue, silver or gold level.

“You can redeem points for stays, upgrades, dining or spa vouchers, as well as experiences in our destinations such as a helicopter tour in Mallorca. We have also just introduced an online rewards store as lots of our membership base resides in countries where we don’t necessarily have a hotel,” she explains.

Despite the reservations that other luxury hotel companies seem to have, Elliott contends that it works very well for Jumeirah. “Because we are smaller, we have the chance to be a bit more niche and really get to know who our customers are and speak to them in a different manner,” she says.

Meanwhile, Langham Hospitality Group’s own programme, 1865 Privilege by Langham, is a little younger, having launched in 2007. The group is at pains to point out that it isn’t a loyalty programme but a privilege programme that allows it to recognise its valued guests. It also offers members a range of benefits such as late check-out, complimentary Wi-Fi and room upgrades, dependent on which of four levels they belong to, starting at ‘Explorer’, then ‘Gateway’ (which requires three stays or nine room nights in a calendar year), ‘Voyager’ (five stays or 15 room nights), and ‘Destiny’ (invitation only).

Leon Li, who works as part of the marketing services team at Langham Hotels Group, claims the programme maintains ‘significant’ growth in membership of 15% each year, helped by the company’s efforts to differentiate it from standard loyalty programmes.

“1865 Privilege is a recognition programme that ensures all our members enjoy bespoke privileges catered to their personal preferences at each Langham hotel globally,” he explains. “We want to ensure every 1865 member’s stay is impeccable and memorable.”

In the case of either scheme, the data they generate can be turned into a powerful tool, when it comes to raising levels of service and getting the group’s message out to potential customers. Li explains that the data gathered and stored through 1865 allows hotels to better understand guests’ needs and then tailor the service they offer.

The operations team will review guest preferences from previous stays to ensure that the next is even more personalised. Similarly, Elliot says Jumeirah’s Sirius programme assists the group’s marketing activities and lets the business ‘turn on the tap’ when it needs to drive more business. “It’s a very effective way to get our marketing message out to our customer base, so long as we stay relevant to them,” she asserts.

How that data is used has to be approached carefully, as Elliot points out. “Regardless of what level of hotel you are in, if you are giving someone data about yourself, you expect it is going to be used in a way that benefits you,” she says.

Just as the service at the hotels can be more personalised, so too can the marketing and that increases the chances of cutting through to the guest, as well as ensuring they aren’t besieged by irrelevant messages. “If someone doesn’t like golf, then we aren’t going to bombard them with marketing about that,” says Elliot.

It still isn’t enough to convince Newman-Hall, though, who prefers small, unprompted gestures towards the guest that aren’t part of any programme. “I don’t think the market is looking for a free night. Recognition and upgrades and small, emotionally intelligent touches are probably more important,” he says.

Nonetheless, what he would like to see in the luxury market is the ability to know when a guest staying at one hotel has already stayed at a sister property in order to be able to recognise that, although he sees potential problems with data protection involved in this, with different laws in different countries potentially stifling what he admits could be a very dynamic approach to cross-marketing.

In the meantime, there are signs that consumer-facing loyalty programmes are gradually becoming more popular among the smaller luxury hotel brands. Mandarin Oriental, for example, launched Fans of M.O. earlier this year. Billed as a ‘guest recognition programme’, guests can register for free to receive complimentary Wi-Fi, members-only offers, early checkin and late check-out, as well as being invited to fill in an online profile to allow Mandarin Oriental to personalise their stay.

Harnessing the power of data

A company representative declined to comment further about the scheme’s progress, saying Mandarin Oriental was “not looking to actively promote” it, but its arrival signals a growing interest among operators in how they can keep customers loyal by using technology to harness their data.

The Dorchester Collection doesn’t rule out some sort of consumer-facing scheme in the future either. Although it wouldn’t look like a traditional loyalty programme, which, the company’s chief customer experience officer, Helen Smith, says are “too commoditising”.

“We’ve learned that points do not have any value to our most loyal guests,” she says. “They don’t drive loyalty. We are considering various options, as we are very focused on driving loyalty and recognition with our guests; we know a traditional loyalty scheme would not work.”

Elliot, on the other hand, sees a bright future for Sirius, aided by advances in technology. “We have got an opportunity to speak to someone in a more consistent and personalised manner across all of our touchpoints," she says. “This is about helping our members at every stage, from thinking about their stay during the booking period, to the planning stages, making the reservation, pre-arrival, during the stay and the sharing afterwards. If we make it seem frictionless across the whole journey, that is where we'll really start to see the benefit.” 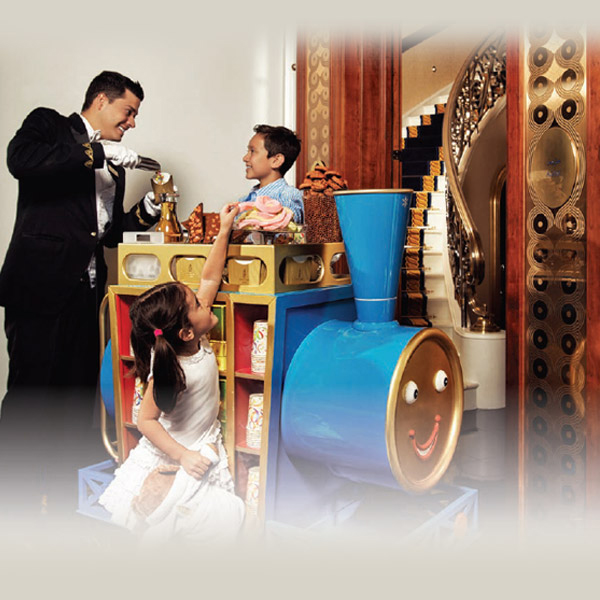