Designs on youth: the millennial brand

An unprecedented number of international operators, including Jumeirah, Hilton, Carlson Rezidor, Hyatt and Steigenberger, have recently announced plans for new, design-led lifestyle brands specifically targeting millennials. Ross Davies takes a look at what these offerings will entail, and asks whether they can finally create a semblance of brand allegiance among what is fast-becoming a lucrative guest demographic.

Commonly described as fickle, millennials (or Generation Y to some) remain a slippery catch for the host of business sectors looking to retain their custom.

As the likes of banks and mobile-phone providers can testify, there is a tangible deficit in brand loyalty - in its most conventional sense - among best-deal-seeking millennials.

The hotel industry is no different. According to a recent survey by boutique strategy consultancy firm Bridge.Over, 81% of people born between 1980 and 2000 do not consider themselves as being loyal to any hotel brand.

They are aware of this trait, too, as 70% of respondents from the same survey claimed they were less brand-loyal than previous generations before them.

It is also fair to say that millennials are a lot more exacting when it comes to what they want out of a hotel stay. A good deal is a must: the Bridge.Over study indicates that price-value ratio and location are the two most important criteria when selecting a brand.

These factors have contributed to the rise of select-service properties, in which guests decide which services they will and won't pay for. For instance, millennials are more inclined to want a fast Wi-Fi connection and the latest technology than the ornate fripperies and fineries associated with old-world hotels.

While the likes of Marriott and Starwood have already gone some way to targeting this younger demographic through their Moxy and Aloft brands respectively - the latter even introducing an in-property robotic butler service last year - the majority have only announced their moves over the past year. And they are all taking a close look at the Middle Eastern market.

As for all of these brands, select-service forms the backbone of Carlson Rezidor's two new offerings - Radisson Red and Quorvus Collection - announced in February 2014.

The USP of Radisson Red, which will be launched simultaneously in cities across the world later this year, is unmistakably technological. In-house amenities will include a mobile app that allows guests to skip reception for check-in, as well as order drinks, taxis and other services through an online concierge.

Based on six 'lifestyle elements' - wellness, replenishment, style, inspiration, entertainment and connectivity - the five-star Quorvus Collection is also geared towards the individual needs of a more diverse guest portfolio.

"Radisson Red and Quorvus Collection are inspired by Vision 20/20, an evolution of our 'Ambition 2015' growth strategy," says Trudy Rautio, Carlson president and CEO.

" It is fair to say that millennials are a lot more exacting when it comes to what they want out of a hotel stay."

"Vision 20/20 aspires to elevate the guest experience with innovations in technology, guest service and beyond. These two brand concepts will illustrate that perfectly. This is a distinct opportunity for Carlson Rezidor to introduce new experiences, as well as exciting and relevant services that uniquely differentiate our brands. Quorvus Collection and Radisson Red are the first manifestations of that vision."

Rautio's sentiments are shared by Nicholas Clayton, CEO group operations at Jumeirah Group. On the back of the Dubai-based operator's introduction of new brand VENU in September ("clean, cool, contemporary and effortless", according to the blurb).

"The time is right for us to launch a new contemporary lifestyle brand. Coming to a VENU hotel will be an intuitive experience, built around and anticipating the needs of the modern, savvy traveller," he said.

In January, Hyatt Hotels also announced its intention to join the bull run through the introduction of new brand Hyatt Centric. Upscale - sitting just below the group's boutique brand Andaz - it is defined by its hip hub locations. If all goes to plan, 15 properties should be up and running within the next few months.

The aim, according to Kristine Rose, VP of brands, is to create an efficient and energetic brand to reflect the wants of vibrant "modern explorers".

"We call them modern explorers because these are travellers who are very curious, very independent and very time-crunched," she says. "They have a wish list, and they really want to make the most out of all of their experiences and reasons for travelling."

The ebb and flow of millennials

There appears to be a general consensus among operators that millennials are, on the whole, more transient and adventurous than the likes of baby-boomers. A common theme in the marketing materials for the aforementioned new brands is the idea of the hotel being an extension of the city in which it is situated.

Jaz in the City, Steigenberger's new brand, is no exception. Launched in February, properties will "reflect a city's unique lifestyle, drawing upon local music and cultural scenes".

The group, which plans to open the first property of its news brand in Amsterdam in September, has been unequivocal in its aim to reach out to millennials. In addition to trendy room decor, other features are said to include rotating art exhibits, lounge bars and music performances from local musicians.

"Through the alignment of their strategies – with regards to marketing and operations – these hoteliers have been prescient and judicious."

"The brand will be trendy and target vibrant areas, not always right in the middle of cities, but in areas where Generation Y wants to be," says Claus-Dieter Jandel, VP and chief development officer.

Through the alignment of their strategies - with regard to marketing and operations - these hoteliers have been prescient and judicious.

Some analysts, such as Jason Dorsey, chief strategy officer of consulting firm The Center for Generational Kinetics, believe millennials will be outspending baby-boomers on hotels within the next couple of years.

"The number of millennial travellers is significant and growing fast," he believes. "It appears, by 2017, millennials will outspend baby-boomers on hotels. This will be a defining moment given that many hotel brands grew rapidly because of the boomers and all of a sudden the people with wallets are the millennials."

But will hotels be able to stir any semblance of brand loyalty among its younger clientele? Moreover, how do millennials even define the idea of corporate allegiance?

According to the Bridge.Over survey, hotel brand loyalty doesn't only concern personal consumption. While 65% of respondents counted "frequently staying in a hotel or brand" as an obvious display of loyalty, 58% also considered "recommending a hotel to a friend" as indicative of brand allegiance. It's hardly clear-cut.
"It's not that they aren't loyal; they're now in their formative years and are experiencing the brands that they may or may not become loyal to in the future," says Tina Edmondson, global officer for luxury and lifestyle brands at Marriott International. "This is the time for them to experience a wide variety of brands before they make a loyalty decision."

For new brands specifically geared towards millennials, such as Jaz in the City, this could also spell out the end of points-based loyalty scheme programmes - which 55% of those surveyed in the Bridge.Over study identified as their least important criteria.

As Dorsey explains, hotels will also have to reimagine such schemes if they are to incentivise younger guests to stay in their properties on a more frequent basis.

"Right now, loyalty programmes are based on the number of stays or nights, which is not the best way to incentivise millennials or build their loyalty," he says. "They are much more into shorter-term rewards."

Most are in agreement that the traditional notion of dyed-in-the-wool brand loyalty will never be assimilated by millennials. In other words, guests are unlikely to ever be on first-name terms with the reception desk.

The age of the internet and social media - where the possibility of a better deal is always waiting around the cyberspace corner - has put paid to that.

Instead, hotels can expect a more tacit and altogether more distant allegiance. But with millennials spending more on hospitality, this could make for a very profitable alternative. 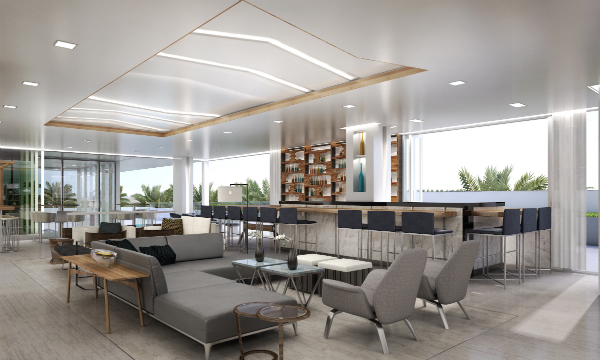 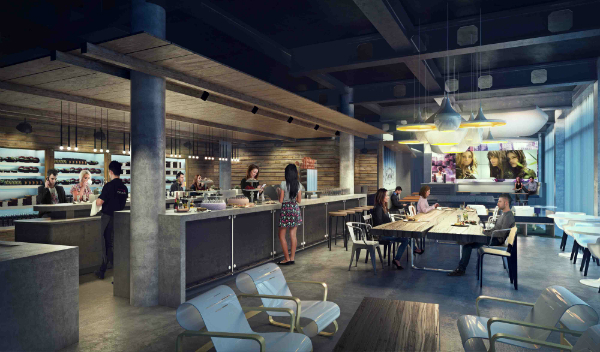 The Moxy brand is part of Marriott’s plans to attract the transient millennial. 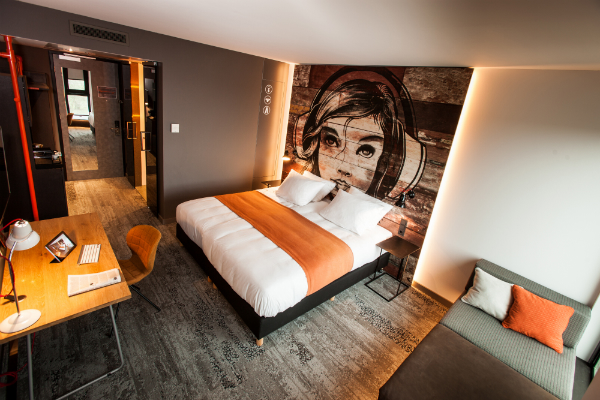