After almost 50 years in the hotel industry, Michael Gray retired from front-line service in March 2016. He began at Claridge’s, embarking upon a career that included stints in Paris, Singapore and Melbourne. Gray was appointed GM of the Churchill in 2004, adding the title of Hyatt International’s VP for UK and Ireland six years later. He remains the UK’s national delegate for EHMA.

Since retirement, it’s become very clear very quickly that you can’t get hospitality and hotelkeeping out of your blood: once a hotelier, always a hotelier.

I still try to keep myself up to date with everything that’s happening on a daily basis through social media, trade publications, former colleagues, and friends. And I’m still very much involved in looking at how we attract young people to the industry. I think there’s a tendency for parents and career advisers to think hotels are not a place for the truly ambitious. However, what we do is so personality-driven that it allows talent to scale the ladder incredibly quickly. This is a fantastic vocational career where people’s inner strengths truly shine. Having said that, if you’re not a smiler, perhaps it’s not for you.

My first general manager (GM)appointment came in 1988 in Canberra, and it’s a role that has undergone a tremendous amount of change in the years since. We increasingly hear that today’s hotel managers must become more business-oriented, but I would strongly contend that our business still remains primarily about people.

However much one pores over the balance sheets, there’s no excuse for a GM not remaining cognisant of their responsibilities towards the guests, obviously, the owners and – most importantly, in my view – the people working under their leadership. Inspire and motivate your team, and profits will follow.

Over the years, my membership of the European Hotel Managers Association (EHMA) has been incredibly valuable in terms of staying on top of the latest trends and changes, while at the same time not losing sight of the core responsibilities of a successful GM.

I joined all the way back in 1980, when the seventh annual conference was held in London – a stunning event. I was resident manager with the Carlton Tower back then, which was a Hyatt hotel at the time. I later went overseas – to Singapore and Australia – but remained an EHMA member throughout.

In terms of working for a large international operator and so far overseas, I was possibly a little ahead of my time. In those days, there was less of a presence of the big hotel companies and more of an emphasis on independents. In the years since then, it’s become a much more globalised and brand-driven community. EHMA has come to reflect those changes. It really came across at March’s general meeting in the Netherlands, which addressed the subject of disrupters in hospitality. There were delegates in attendance from all the major brands.

I became a GM at 40 years old, but now they’re being appointed in their early 30s and even late 20s. We had 27 new members inducted at the latest general meeting and, if you look at the age range, they are mostly from the younger end of the spectrum.

Our industry is certainly becoming younger and there are so many hospitality associations out there now for people to join. EHMA is very conscious that while, in the past, we might have been more of an “amicale”, as they used to call it, nowadays, you can’t afford the time for something that’s merely social; it needs to demonstrate real business value. The annual conference goes from strength to strength in this regard. It’s an opportunity to add to your knowledge base and, if one can return to one’s property with just a few items that will help in its business, then it’s been worth it.

Membership keeps you in touch with your contemporaries and with what’s going on in the market. It provides entry into a fantastic network across a raft of European countries where even the big brands might not have a presence. Over the years, I found that tremendously valuable when seeking help for either a client or member of staff who needed assistance in a European city. Joining the association has had an extremely positive impact upon my career and it’s something I’d recommend any ambitious young hotelier consider.

And if I could give my younger self a piece of advice? It would be don’t think that authority and respect is derived from your job title, however impressive it might seem, as you climb the career ladder. Your team will respect you because of how you treat them. Be humble and don’t lose sight of how lucky you are to work in such a great industry. Have a lot of fun and ensure that others are sharing in that fun. 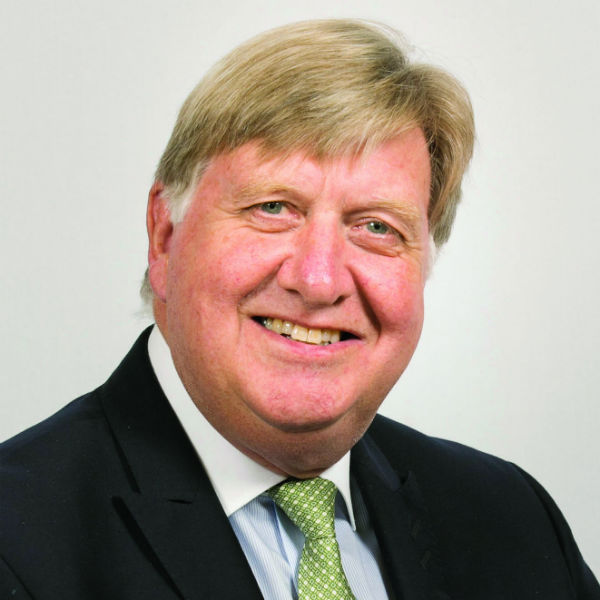