Elie Younes: Bring it to fruition

Elie Younes, EVP and CDO of Radisson Hotel Group, is managing a new brand identity, corporate restructuring and marked changes in developmental strategy, mean he is a very busy man. Abi Millar meets the hotel exec to talk about a shift of focus back onto Europe, a renewed willingness to consider leases, what he is looking for in new development partners, and the importance of brand purity.

In March 2018, Carlson Rezidor Hotel Group changed its name to Radisson Hotel Group with a view to leveraging the “wide awareness of the Radisson brand name globally”. The new name, which remained under wraps until February, came as part of a comprehensive rebrand, as the company embarked on a new five-year operating plan.

The rebrand answers a number of longstanding questions surrounding where the group might be headed. The company has said it will pursue a strategy of organic growth, reinvest in its brands, and invest significantly in its online presence. Meanwhile, at least 10% of the worst-performing Radisson hotels in the US will be asked to leave the system.

Elie Younes, executive vice-president and chief development officer, explains how the change in strategy has been well received by the company’s development partners. “The proof is in the pudding – we have already seen a great result in Europe, with deals now in Vienna, Oslo, Poland, Rome, Venice, Madrid, Liverpool, Prague and many more to come,” he says.

“In the first six months of the rebrand, we signed and converted ten Radisson Collection hotels, three Radisson RED and four Radisson, so there’s a lot of appetite in the market and responsiveness towards the new brand architecture.”

Tasked with leading the company’s expansion across the EMEA region, Younes has had a remarkably busy few months. He describes his role as having become “a bit more exciting, a bit more challenging and certainly more fun”.

“We are already very strong in Europe, but we want to grow our share of the market here,” he says. “Radisson Blu is the largest upper upscale brand in Europe, so we want to leverage and exploit that to grow our other brands. This has necessitated some adjustments for our organisation, so we have opened new development offices across Europe to enable the expansion.”

He adds that the company has increased its risk tolerance slightly, moving away from its former strategy of pursuing risk-free business.

“This is where the term ‘asset right’ comes from – it means we take a little bit more risk to secure more income,” he says. “It means the right partner, the right location and the right riskreturn profile, so basically the right balance of risk that can slightly increase your financial exposure but will optimise your return on investment and bottom line.”

At the time of the rebranding, Radisson Hotel Group outlined plans to become ‘one of the top three hotel companies in the world’. Currently, as the 11th largest operator in the world, the company clearly has some way to go before it makes such a jump in scale. However, Younes points out that this statement was not just meant to be taken literally.

“This is more an attitude that shapes our behaviour,” he says. “We need to behave in such a way that, whenever an investor thinks of a hotel company, we are one of the top three that comes to mind. If you look at it clinically and say it means top three in terms of size, of course the aim will be impossible to achieve as it would need a lot of M&A, and right now our focus is on organic growth.

“But with the recent potential acquisition of our group by Jin Jiang, the scale ambition to become a top three player will also be achieved,” he adds, without any further comments on the subject.

The goal, then, is to improve brand recognition across all its markets and become a name on a par with Hilton or Marriott. All the brands, he asserts, will be relevant and clear to the customer. And to him, customer means the guest and the owner. Currently, there are eight brands under the Radisson umbrella, ranging from full-service luxury to economy-select service. These are the Radisson Collection (formerly the Quorvus Collection), Radisson Blu, Park Plaza, Park Inn by Radisson, Country Inn & Suites by Radisson, Radisson RED, prizeotel, and of course the core Radisson brand itself. Altogether, the company has more than 1,400 hotels in operation or under development.

“We have distinct brands that are relevant to the owners and the guests – that’s why we've chosen so far not to have 30 or 40 brands like some of our colleagues in the industry. It becomes confusing to the guest and the owner,” says Younes. “In Europe, we are focusing on six brands with distinct positioning: Radisson, Radisson Collection, Radisson Blu, Radisson RED, Park Inn by Radisson, and prizeotel. Each brand has its own target in our expansion plan.”

To take prizeotel as an example, this is a modern economy brand with a high-design concept and a focus on technology. It has ten hotels in operation or under development, and aims to grow across Germany, Austria, Switzerland and the Benelux countries. Recently, the expansion plans have also shifted to the UK.

Radisson Blu is seeking to maintain its position as Europe’s leading upper upscale brand. It is also looking to expand its presence across Africa, where it has become the continent’s fastestgrowing hotel brand.

While Radisson Hotel Group has ambitious growth plans – it wants to increase its global portfolio from 188,000 to 255,000 rooms by 2022 – this will mostly come down to honing what’s already there. As Younes explains, the company wants to focus solely on its existing brands for the time being.

“We are mainly looking at organic growth rather than consolidation, and it’s unlikely that we’ll launch new brands in the immediate future,” he says. “Having said that, we are expanding our existing brands in some alternative lodging opportunities, such as serviced apartments.”

He adds that, while the company has shifted some of its focus back to Europe, it does want to accelerate its growth in emerging markets – not least Africa, the Middle East and some parts of Eastern Europe.

Younes describes Radisson Hotel Group’s business model as "wide, dynamic and versatile". When you are working across eight brands and multiple markets, no single strategy will suffice. Rather, it is important to build flexibility and creativity into the way deals are structured.

For this reason, the company will continue to adopt different types of franchising agreements and management contracts, along with hybrid contracts between the two. There is also a renewed willingness to consider leases, following increased demands from institutional investors. In March, the company announced it would take on up to €400 million of lease risk over the next five years as it looks to expand in Europe (Younes says 30–40 European cities are being targeted in particular).

“All our transactions are responsive to the market realities in a way that limits our risk within the framework that we set,” he says. “I am a big fan of simplification, but it takes a lot of expertise to engineer a transaction that has the optimal risk/return balance that is simple, creative and fit to all stakeholders.”

Younes is loath to describe what the ‘right’ partner looks like to Radisson Hotel Group, claiming that this is like trying to describe your ideal romantic match – you will not know what they look like until you meet them. However, there are certain key traits common to all the company’s development partners, whether they are in Moscow or Lagos, Hong Kong or Barcelona.

“It’s someone we can do business with for a long time, during the good times and the bad times,” he says. “We look for responsible, balanced and transparent relationships, and we try to find partners who fit into that simple way of doing business. Further, we prefer someone who’s focused on the long term to a short-term player.”

Of course, the other question worth asking is why, in an ever more competitive global marketplace, should investors pick Radisson Hotel Group? For Younes, it boils down to one thing – behaviour.

“We are approachable, pragmatic, responsive, humble and resultsdriven,” he says. “This is what makes us different from other colleagues in the industry; it’s as simple as that. And we also enjoy having a bit of fun in what we do.”

While a shake-up of this nature is not without its challenges, this is an exciting time for Radisson Hotel Group. The next few years should spell hard work and rewards, as the company endeavors to bring its ambitious plans to fruition. 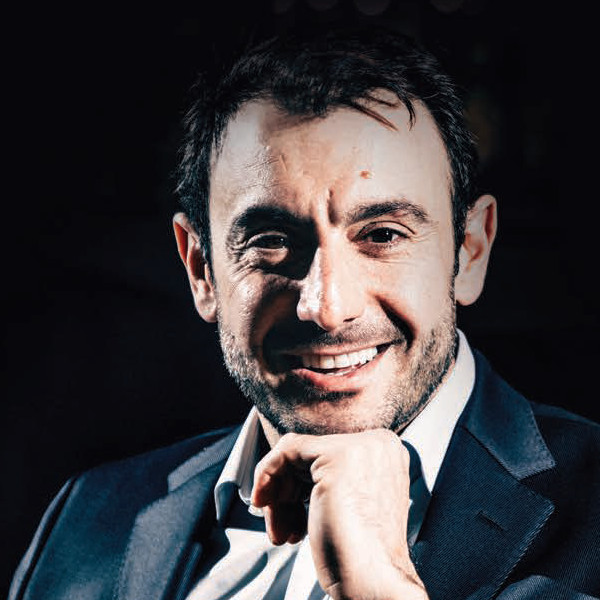 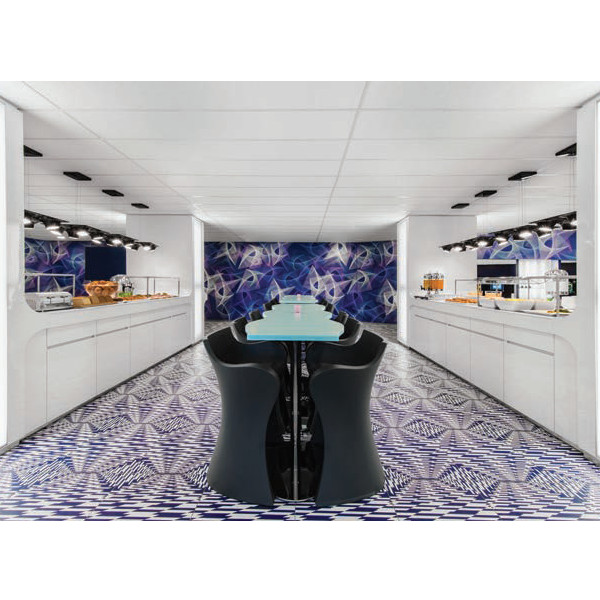 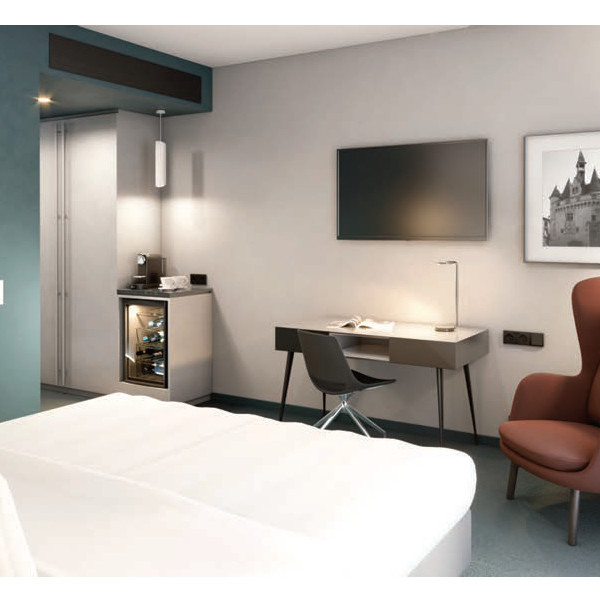