Hotels used to be known for in-room tech, with features that were unimaginable in the home. Now, it is the hotel industry that has to catch up, as technology becomes integrated into our everyday lives and needs an upgrade at an unparalleled rate. With connectivity key, Abi Millar speaks to Joshua Sloser, senior vice-president of digital product and innovation at Hilton, to discover what operators are doing to harness guest-owned technology in-room and if there are still areas with the ability to wow.

A decade ago, in-room tech was one of the most exciting aspects of a hotel stay. With Netflix still a DVD-rental business and smartphones far from ubiquitous, guests relished accessing technologies that were not available elsewhere. Being able to control the lighting remotely, for instance, gave the guest room a distinctly futuristic edge.

The picture today is rather different. After all, there is no need to be a gadget enthusiast to stream TV shows and it not necessary to be especially techforward to install an app. Recent years have seen a step change in how people use technology and in the kind of devices we take for granted.

According to a 2018 report by YouGov, almost a quarter of UK citizens now own one or more smart home devices, with 11% owning smart speakers and 5% owning smart lighting. Meanwhile, there has been a huge rise in the numbers signed up to streaming platforms like Netflix and Amazon Prime. The figure stood at 11.2 million (39% of UK households) in 2018, jumping to 13.3 million (47%) in 2019. What this means for a hotel operator is hard to say. If, once upon a time, a hotel prided itself on being tech-oriented – and that’s why people chose to stay at the hotel – where does the hotel go once the technology in guests’ everyday lives catches up?

Joshua Sloser, senior vice-president of digital product and innovation at Hilton, thinks the challenge for hoteliers is clear – continue to provide an experience that outstrips guests’ expectations.

“Because our guests are more tech-savvy than ever, they expect an experience as good as and ideally better than, at home,” Sloser says. “Hospitality companies have an exciting challenge and opportunity to find new ways to offer guests the control, connectivity and personalisation they increasingly want while they’re travelling.”

The research bears this out. According to a 2018 survey by Hotel Internet Services, guests are no longer interested in traditional amenities, like video-on-demand or guest room telephones. Of those surveyed, 60% would be likely to use a virtual assistant functionality (for example, managing amenities using voice control) if it became available. More than half would prefer to stream content from Netflix and Hulu, and the majority would also seek out a hotel that allowed casting this content onto a larger TV screen.

“Impressive advancements in mainstream entertainment and communications technology have taken place during the past decade, and as an industry that caters to mainstream consumers, the hospitality market must adapt in order to continue meeting guest expectations and earning their business,” said Gary Patrick, CEO of Hotel Internet Services, on a release.

Unfortunately, offering this kind of tech in a hotel is more challenging than it would be in a home. After all, a consumer who has just bought Apple TV would be happy to spend five minutes setting it up. But a guest, who has reached the hotel after a long journey, is not going to want to put the work in. In-room tech needs to be as intuitive and unobtrusive as possible.

While each hotel company is taking a slightly different approach to the problem, there are some clear commonalities. A number now offer Netflix or other streaming services (beginning with Marriott in 2015). Some enable the guest to pair their own device with the guest room TV, or use IoT devices to create a smart room.

In December 2017, Hilton unveiled its ‘Connected Room’ concept, perhaps the most comprehensive attempt yet to upgrade the guest room technology. The idea is that guests can personalise and control every aspect of the stay through the Hilton Honors app on a smartphone.

60%
Guests surveyed would likely use a virtual assistant if it was available.
Hotel Internet Services

“Hilton’s Connected Room concept provides guests an opportunity to create a home-like environment, such as controlling the temperature and lighting with their phone to streaming Showtime and Netflix on their TV,” says Sloser. “We currently have more than 3,500 Connected Rooms and are continuing to roll out the technology to tens of thousands of rooms in hundreds more hotels across the US, as well as the first non-US locations.”

While some features of Connected Room are already available, the platform was designed to evolve throughout its roll-out, delivering additional features based on what guests deem important. As Sloser explains, at a time when consumer technology is changing so quickly, flexibility is the key.

“Because it is a platform, much like with an Apple or Android mobile device, we can push new features, apps and functionality to existing devices over time without the need to deploy additional hardware,” Sloser says. “This gives Hilton the agility to launch innovations quickly and seamlessly.”

Sloser adds that guests may one day be able to upload personal artwork and photos to automatically display in the room. It may also be possible to set preferences in the account profile, so that when a guest arrives, the room will already be configured to the guest’s preferences.

Something to talk about

Another feature that might be seen is voice control, which is already on many hoteliers’ radar. Marriott’s Aloft Hotels launched the first voice-activated rooms in 2016, followed by the likes of Best Western and Wynn Resorts. Last year, Amazon launched a dedicated division, Alexa for Hospitality, to help the industry realise the potential of voice activation.

“Amazon Echo and Apple’s Siri are consumer versions of this technology. I have all that in my own home,” Scott Hansen, Marriott’s director of guest technology, told Skift in 2016. “That is the future. Whether we use that existing tech or some other voice-activated mechanism has yet to be determined. The real brick in the road, however, is trying to get IoT upgraded to the net-connected appropriate part of the network. It is expensive to retrofit everything in a hotel.”

35,000
Connected Rooms that Hilton has rolled out across the US.
Hilton

Like Hilton, Marriott has invested heavily in the promise of IoT, and especially in the way a guest’s stay can be personalised. In 2017, the company ran a three-month-long ‘IoT Guestroom Lab’, in partnership with Samsung and Legrand. It said consumers would start to see elements of the technology in hotel rooms within five years.

Aside from creating personalised smart rooms, some operators are bringing in technologies geared around wellness and sleep. Wyndham, for instance, has partnered with Delos to create Stay Well rooms. Features include a circadian lighting system (a personalised room light environment that emulates the colour of outdoor light) and a dawn simulator (an alarm clock that simulates a sunrise).

Equinox Hotels, the notional ‘fittest hotel in the world’, is another example. Its guest rooms are touted as offering “integrated technology for effortless personalisation”. You can wind down by streaming some yoga stretches from your media library, while taking advantage of the yoga accessories provided.

Hilton is another company jumping on this trend. Its ‘Five Feet to Fitness’ concept, being rolled out across DoubleTree by Hilton, comprises 11 different fitness equipment and accessory options, and allows guests to work out from the privacy of the guest room.

Generally speaking, hotel companies are recognising that different guests – for example, a business traveller, vacationing family or fitness buff – want different amenities. Tomorrow’s tech will be predicated on the fact that guests are not all made alike.

“I like to envision a guest room of the future that could transform based on what the guest wants to do at a particular time,” says Sloser. “For instance, the lights, windows, sound and white noise, video displays, scent and water temperature, and even intensity, could change over the course of a day and the rooms could help guests adjust their circadian rhythms to combat jet lag.”

So can hotel companies still dazzle guests with the in-room technology? Perhaps it is time to reframe the question. These days, it is less about the wow factor, and more about providing solutions that are so seamless, they practically blend into the background. From this perspective, it is not necessary to want the guest to rave about the tech, or spend time getting to grips with anything newfangled. Noticing that the stay is exactly to the guests liking, however, is important. 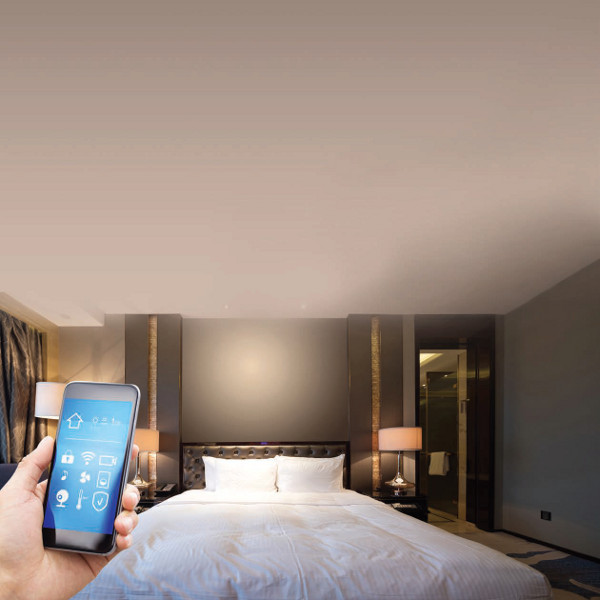 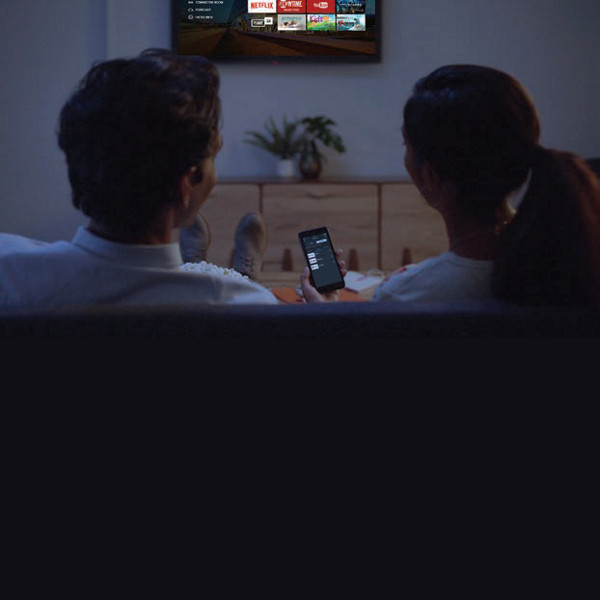 In an effort to catch up, hotels are now offering the ability to cast streaming services, such as Netflix, to the guest room TV.
Post to: