With recent protests focusing attention on both the climate crisis and hotel working conditions, operators have no margin for error when it comes to minimising the environmental impacts of housekeeping. Isabel Ellis talks to Debra Patterson, The Savoy’s sustainability manager, and Christian Lond, head of procurement for Denmark’s Brøchner Hotels, about balancing environmental and operational concerns.

Thunberg slept in a tent during her stay in the Swiss Alps, but with rooms in the frozen and briefly packed city costing Sfr10,000 a night, it did not feel like a time of panic, fear, fire and crisis for local hoteliers. If anyone was truly concerned about how much needed doing it was the city’s housekeepers, but discretion, efficiency, serenity and grace are their far more congenial watchwords, no matter the context. It being Davos, some probably had the mildly vertiginous experience of demonstrating that for their CEOs.

Chastened by a teenager for their emphasis on profit and growth, the assembled business leaders may well have needed that turn-down touch. As Thunberg made clear, “Everyone with any insight of the climate crisis... must speak out in clear language, no matter how uncomfortable and unprofitable that may be. We must change almost everything in our current societies. The bigger your carbon footprint is, the bigger your moral duty.” There were some big moral duties present, and each one had a lot to think about.

Unfortunately, with daily operations spanning everything from laundering towels and replacing unfinished toothpastes to bleaching toilets and vacuuming floors, hotel housekeeping doesn’t offer much of a respite from ecological concerns. It’s unclear whether he reused his linen while he was in Davos, but, with his company’s carbon footprint spanning 7,000 properties, Marriott International CEO Arne Soerensen knows that better than anyone.

With its record-breaking purchase of Starwood, Marriott took ownership of ‘Make a Green Choice’, the industry’s main environmentally friendly housekeeping programme. Launched in 2009, it rebranded the act of hanging a ‘do not disturb’ sign on the door as an environmental decision worthy of coupons and loyalty points, and won a clutch of sustainability awards in the process. Guests that sign up to the programme are rewarded for forgoing full housekeeping for up to three days in a row – effectively trading fresh sheets for a clean conscience, as befits their sleeping preferences.

But nothing is that neat. Between October and December last year – starting scarcely a month after Thunberg began striking from school to protest the lack of action on climate change – Marriott staff in cities across the US staged their own walkouts. Both actions were motivated by fear and a sense of crisis, but the hotel staff were more concerned by the steps their employer had opted to take than those it hadn’t. According to the Unite Here campaign, what Marriott now calls ‘Your Choice’ draws a false dichotomy between the environment and housekeepers’ livelihoods, pressing guests to take what is in fact the ‘dirty’, ‘hazardous’, ‘painful’ and ‘job-destroying’ option.

Moreover, attentive housekeeping remains a true differentiator in the luxury market, and negative hotel reviews invariably fixate on dirt. Beyond stripping back housekeeping services, any substantive change to products, procedures or practices needs to be carefully trialled and tested before implementation. Reputations are balanced on a very thin line: do too much and you risk letting your standards slip; do too little and customers will start to see those standards as a sham.

That’s not necessarily a dilemma. The Savoy’s solution has been to market sustainability as a key aspect of its well-established luxury offering. For the hotel’s quality executive Debra Patterson, it’s vital that guests can “rest assured” and even “luxuriate in the knowledge that everything is being done behind the scenes and in the room to reduce the overall impact on the environment”.

For housekeeping specifically, she, procurement manager Jeff Reese and executive housekeeper Almudena Gomez have focused on using bamboo as an alternative to plastic and replacing harmful cleaning products with non-chemical alternatives, the details of which are jealously guarded by Gomez.

Despite her best efforts, IHG finally became the first operator to do something similar across its estate when, in July this year, it announced that all of its hotels will switch from miniature to bulk-size bathroom amenities by 2021. Given that around 200 million bathroom miniatures are used in those properties every year, the switch should substantially reduce plastic waste. As CEO Keith Barr, another WEF attendee, put it, “It’s more important than ever that companies challenge themselves to operate responsibly – we know it’s what our guests, owners, colleagues, investors and suppliers rightly expect.”

Barr’s point is valid, but those that expect responsible hospitality are likely to raise their eyebrows over the time it took for a large operator to make such a common-sense change, and some are already asking why it doesn’t go further. When there’s always more to do, selling sustainability can be a risky prospect.

As science writer Cassandra Coburn wrote in The Observer in September, with 45% of consumers distrustful of big business, and even the most committed companies fearful that trumpeting successes in one area will draw attention to failings in another, 2019 has become the year of “secret sustainability”. Indeed, according to Steve Evans, Cambridge University professor of industrial sustainability, suppliers often fear that environmental claims are perceived by business customers as meaningless, expensive distractions from quality.

That’s particularly important in housekeeping, where outsourcing has made it considerably harder for most hotels to follow the Savoy in aligning cleaning practices with brand identity. Then again, it might just mean that a few brands are doing more for the planet than they know.

For most of the industry, however, Marriott’s experience with the green choice programme shows the dangers of pinning too much on environmental credentials. Nearly a year after the strike, ‘do not disturb’ is yet to recover its former sanctity. In some hotels, housekeepers still leaving flyers urging guests not to ‘drink the greenwash’ in green choice rooms.

Although more than 90% of Unite Here housekeepers argue that those rooms are dirtier and harder to clean than those that are serviced daily, prior to the walkout they counted the same on Marriott’s cleaning rotas. At the same time, the union’s analysis of 23 legacy Starwood hotels found that 700,000 work hours, or the equivalent of 350 full-time jobs, were lost during 2013–17 as a result of the programme. To clean rooms to the appropriate level, most of the remaining housekeepers have to use more lung-searing, water-polluting chemicals; and, perhaps most gallingly, 98% of those surveyed note that they have to provide fresh towels, bottled water and sometimes even cleaning services to green choice rooms anyway.

At the Savoy, Patterson has a different sense of what constitutes a ‘green’ alternative. “We respect our guest’s choices and that includes their decision to not have their room cleaned or turned down in the evening,” she says. “We don’t view that as a sustainable practice. It’s about observing the guest’s personal preference. Staff will invariably spend longer preparing the room for the next guest if they have not had the opportunity to access it during a stay.”

Of course, the Savoy still tells guests that opting out of daily towel and linen changes helps the hotel minimise water use. “But, obviously,” says procurement manager Reese, “this is the Savoy. You can’t just hang a note in the bathroom.” Instead, the hotel used wood from some of the London plane trees felled for the Euston station expansion to make signs for guests to indicate their desire to keep the same towels or sheets.

Shaped like miniature London buses, the notices were handmade by local woodworking specialists Saunders Seasoning, which Reese is careful to point out he found through a pre-existing Savoy supplier. As he sees it, hoteliers need to have a good sense of their supply chains before they can even ask what sustainability is, let alone achieve it.

“People seem to think that sustainability is tied to electric vehicles,” he notes, “but what about the CO2 and the waste emissions, and the grey water, coming out of your supplier’s building? How are the people employed? Where are your products made? How do you transport them? There’s a lot to find out, so we try and work with our suppliers all the way down the chain.”

Internally, Patterson and Gomez have to translate that complexity into practices that are easy to explain and implement. “If something is too much trouble for the staff it won’t happen,” notes the former. “Staff need to believe in it and understand the process.” That said, both agree that, implemented correctly, environmental programmes are good opportunities to energise housekeepers. When it comes to reducing the use of plastic for amenities packaging, Patterson explains that, “As soon as the different projects are presented to the staff, the passion and enthusiasm for recycling and reducing waste is infectious. They feel they are playing their part in the hotel’s commitments.”

Even so, what might be the most impressive advance for sustainable housekeeping in recent years was actually made without the knowledge of the people responsible for implementing and trialling it.

Surfaces at Copenhagen’s Hotel Herman K and Hotel Ottilia use CleanCoat, a light-activated technology, to disinfect themselves and purify the air. Created by Danish company ACT Global, the treatment even makes it possible to use an electrically treated mixture of water and salt in place of chemical detergents in bathrooms. Rather than exhausting themselves scrubbing at ground-in dirt, housekeepers can simply wipe it away, which means that working conditions and job satisfaction are both greatly improved.

“Of course, it’s a bit difficult to explain to people used to cleaning with chemicals that now they only have to use salt and water,” says Christian Lond, head of procurement for Brøchner Hotels, which operates both locations. “So we didn’t make any amazing claims. We just said that we had a new cleaning fluid we needed to test in some of the bathrooms.” When, three months later, housekeepers were told what had changed, they noted how much less effort and strain it took to clean the surreptitiously coated surfaces, which don’t experience the build-up of limescale and grime that so bedevils their chemical wielding counterparts at other hotels.

At present, it costs around €2,500 to apply CleanCoat to a guest suite, a process that needs to be repeated yearly. Brøchner no longer has to pay for cleaning chemicals to be delivered to either hotel, but the gains in job satisfaction and long-term savings on bathroom renovations are hard to measure in terms of upfront economic benefits.

Despite the investment, Brøchner prefers not to advertise its unique cleaning technology. Rather than a cover for cutting costs, it has come to regard sustainability, which includes staff welfare, as a reason to spend for its own sake. You don’t need to keep telling every visitor that the house is on fire, but, so long as it is, hospitality will involve trying to put it out. 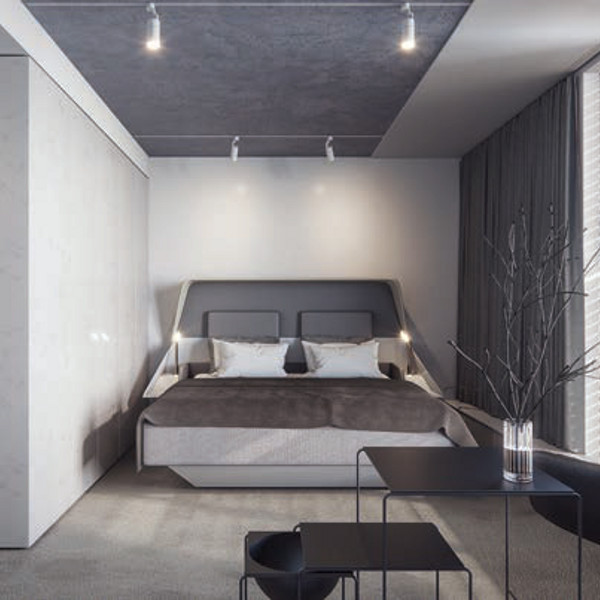 Surfaces at the Hotel Herman K in Copenhagen use a light-activated technology called CleanCoat to disinfect themselves and purify the air. 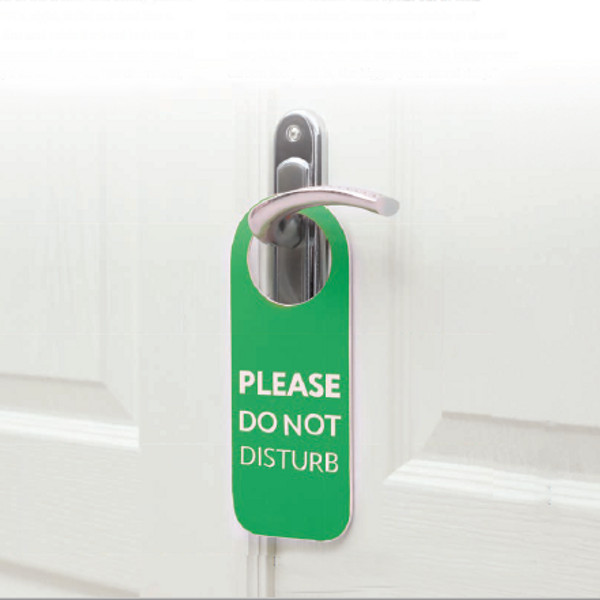 In 2016, Marriott took ownership of Starwood’s ‘Make a Green Choice’ programme, which rebranded the act of hanging a ‘do not disturb’ sign on the door as an environmental decision worthy of coupons and loyalty points.
Post to: